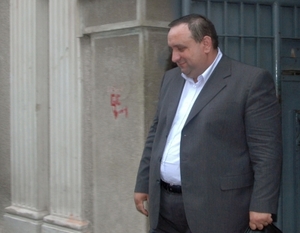 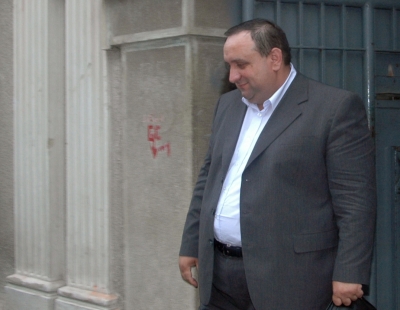 Former general Dimitru Iliescu owned a security firm through which he allegedly blackmailed and extorted politicians and others.

They spied on politicians and business leaders, eavesdropped on citizens and gathered information to blackmail and gain influence. Using threats and force, they formed an important and violent part of Nicolae Ceausescu’s former communist regime.

Today communism is gone, but many leaders of its feared security apparatus are now in business for themselves. And their methods haven’t changed.

Romania’s private security sector has flourished in the past 20 years, mirroring a trend seen across the Balkans. But while politicians around the region bow to the industry’s power by making weak or non-existent laws, Romanian business and political leaders sometimes become victims of its force.

Worse for the public: many of the companies don’t pay taxes, and the government does nothing to collect the debts.

An Organized Crime and Corruption Reporting Project (OCCRP) investigation found that the strongest security firms have been used to dig up dirt on businesses and politicians and then used that information against them. Sometimes they use wire tapping skills learned in their government jobs, other times they bribe or call in favors from old friends in the military to gather information.

In the past decade, the Romanian Intelligence Service (SRI) has ramped up enforcement and launched investigations into some of the leading security companies in the country. According to a 2005 SRI Report, the primary motive of some of these companies appears to be “to compromise, blackmail and coerce,” the heads of public institutions, including members of parliament (MPs), who might have been victims of the interception and monitoring practices.

Not much has come in the way of criminal convictions – charges are often dismissed by the country’s judicial system – but records and investigative files outline a pattern of corruption and intimidation that penetrates nearly all aspects of the industry.

Businesses – particularly banks and oil companies – often employ security firms to spy on competitors, according to prosecution records. Prosecutors won’t release the names of the companies since charges were either not filed or have yet to be filed.

Court and SRI records show that security companies employ methods far different from conventional businesses. The SRI annual activity report described many companies as “Mafia-type structures,” which falsely imprison people, administer beatings, steal, threaten citizens with guns and use other violent acts to get their way.

There are currently 1175 licensed Romanian companies specialized in guard and protection activities.

Getting them to pay their taxes is not easy. One company owned by a man prosecutors say has ties to organized crime racked up more than €14-million in unpaid tax debt.

In 2005, Sebastian Bodu, then head of the National Agency for Tax Administration (ANAF) said that “the guard companies are nothing but leeches on the budget, and protected politically.” Bodu said that there were guard companies with huge state tax debts and that those companies had high-level connections with political parties, state companies and influential businessmen.

Bodu’s crusade didn’t last long. Shortly after he announced a plan to recover old tax debts from the security companies, Bodu was dismissed from office.

In Romania, the first guard and protection companies were established after the Revolution, at the beginning of the nineties. At that time, their founders were leaders of the revolution, those who held important state offices, former military persons or underworld figures who reorganized themselves for the market economy.

Among these were Dumitru “Mitica” Venicius Iliescu, the head of the state Protection and Guard Service (SPP). SPP became widely known when Iliescu, according to prosecution files, ordered his armored trucks to drive through barricades manned by protestors in the center of Bucharest during the revolution that overthrew Ceausescu. .

After Ceausescu was killed by the revolution leaders, Iliescu became the bodyguard of Ion Iliescu - the future president of Romania, driving him around in the heat of the battles. Mitica’s career flourished under the new president, who repeatedly promoted him in the military, bumping him from captain to general in five years. The two men are not related.

During those years, Mitica Iliescu and several members of his unit allegedly protected oil and other goods being smuggled to parts of the former Yugoslavia already breaking into war, according to prosecution records. However, no charges were ever filed. 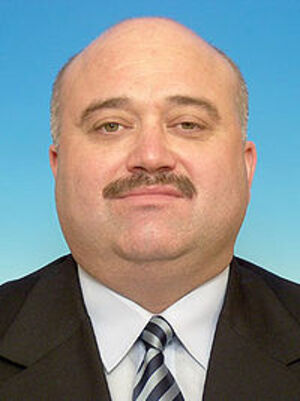 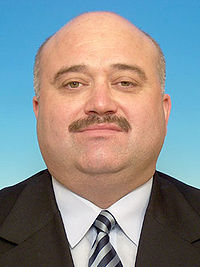 Parliamentarian and intelligence agent, Catalin Voica was impeached from parliament for allegedly extorting and bribing people through a security firm.

The second company, also established in 1997, was the International Agency for Guard and Protection 2000 Ltd. (AIPP). Mitica Iliescu was joined in AIPP by another general, Dumitru Ciobanu, who had until 1989 worked with the foreign counter-espionage service. After the Revolution, Ciobanu would become part of the new Foreign Intelligence Service (SIE).

Besides having used SPP techniques and staff, the two companies acted as Ion Iliescu’s own private intelligence service, according to government records. Moreover, Dumitru Iliescu and his godfather, Catalin Voicu, were accused of setting up a network that blackmailed and bribed businessmen, politicians and magistrates.

Catalin Voicu was impeached in December of 2009 and arrested in April of this year. He is awaiting trial on charges of blackmail and other offenses related to his security work. The allegations include charges he influenced prosecutors and judges on the outcomes of cases.

Prosecutors said one of his methods of operating included making up false charges and arrest records against people, then charging them for a fee to get them removed.

While Dumitru Iliescu maintains ties to people like Ion Iliescu and Voicu, he no longer has his name on the registry records of any security companies. But he still has a hand in many of them run by family members, including his niece, Alina Bontea, who owns, five other companies including the Romanian Security Agency Ltd.

The company’s manager, Ghorge Tiron, accused Bontea of ordering two SPP employees – Gheorghe Rizea, a former army driver and Voicu’s godson, and Ciprian Sora , a well known K1 fighter and expert in martial arts – to beat him for what they said was his poor performance managing the company.

Rizea, one of Iliescu’s chief enforcers and trusted associates, founded Grup Guard Bucuresti SA in 2001. Several years later, Bara Ionel Nicolae said he noticed serious bookkeeping problems and illegal activity. When he brought it to the attention of the company and the government, Bara was fired and received death threats, he said.

No charges were ever filed, although Bara said he filed a criminal complaint.

Rizea continued to prosper, founding several other security companies, including Black Wolf Consulting in 2008. He also enjoyed strong political connections, and in 2009 was appointed by the Public Affairs Minister to be a public order advisor. And despite the previous accusations, he is now in command of the Gendarmerie Special Intervention Brigade, known as the “Masked Men.”

Nothing has had more of an impact on Romanian security firms than the underworld.

A Moldovan citizen, who police there and in Russia say ran a protection racket, had a hand in several prominent companies, often partnering with former members of the Romanian security service.

Viorel Gasca, a former member of the Moldovan secret police who was specially trained in the martial arts, founded the company BIP Safety, which catered to former Russian nationals living in Romania. It specialized in protection and extorted those who didn’t want its service, according to police records.

When another company owned by a Russian businessman selected a competing firm for security, Gasca threatened to kill the businessman and beat up two of his employees, according to court records.

Because of the history of violence and allegations, the SRI and police in 2005 blocked Gasca from opening any new security firms. So he and his employees went to work for Russec Investigations Ltd. The company was owned by a former Romanian Securitate officer, Cristian Constantinescu.

Another partner of Gasca’s is Dan Alistar with whom he owned a cleaning services company together.

But Alistar’s real business was security. A decorated army fighter and member of the National League of the Fighters for the Victory of the 1989 Revolution, he has opened a number of companies, including Dragan Star.

The company’s employees were accused of not adequately guarding property and standing by as goods were stolen. It also ran up €14 million in debt before being bought out by the Spanish company Prosegur, one of the largest security firms in Europe.

After the sale, Alistar retained control of three other security companies.