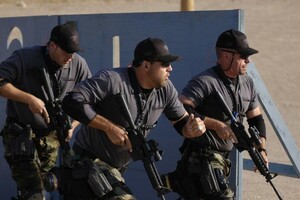 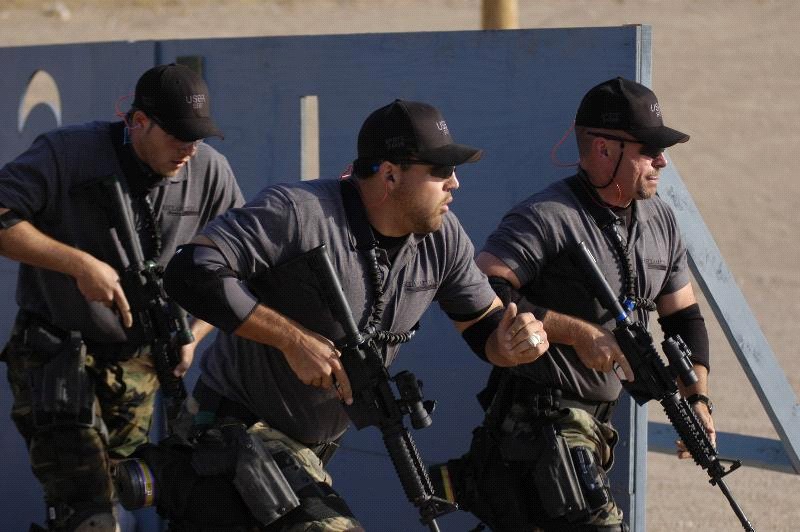 A robbery the morning of Nov. 5, 2009, in the hamlet of Kruševo was swift and well-planned. Just five minutes passed between the moment security guards in two vehicles arrived in front of the post office and the emergency call to a police dispatcher. At the scene, police picked up a cocked, one-shot, disposable anti-tank weapon. Soon after, the white van in which the robbers spirited away the cash, was found burned across the canton border.

Police experts from two cantons worked on the evidence. Eventually, the state law enforcement agency (SIPA) and the European police mission (EUPM) got involved too, but nine months later they say there are no suspects, no leads.

The haul—nearly 750,000 KM intended for retirees’ pensions—was one of the biggest since 2002, when private security agencies in Bosnia and Herzegovina (BiH) took over from the police the job of escorting cash deliveries.

Police, former and current prosecutors and security experts interviewed by reporters from Center for Investigative Reporting in Sarajevo (CIN) agree that no one can really do much to stop well-armed and brazen robbers.

But, the Kruševo robbery exposes carelessness in the way the Croatian Posts (HP Mostar) handled and oversaw the security firm it hired for protection, an attitude that has left it unable to collect insurance on the lost money. While the terms of the insurance policy are clear, HP Mostar will reveal little about the breached policy – or about the likelihood that taxpayers will have to foot the bill for losses.

Kruševo in the windswept and barren Herzegovina badlands is close to the intersection of several cantons, which complicated the robbery investigation. Several law enforcement agencies got involved because evidence was scattered across jurisdictions. Zdenko Marić, a police detective with the Hercegovina-Neretva Canton Ministry of Interior, said that it was easy to get lost in the area and the robbers had done their homework.

According to investigation reports, four Puma Security men in two vehicles—an armored car accompanied by a Renault Clio– arrived in Kruševo at 8:15 a.m. on Nov. 5. Radio and television news had announced the delivery of pension money the day before. The security agency sent two teams to escort HP Mostar’s shipments to branch offices in the region. Once the money was picked up from the Central Bank’s treasury in Mostar, the teams split and took their own routes.

When the cars stopped in front of the post office in Kruševo, in what appears to be a typical procedure for this agency, security guard Valentin Đevenica in the passenger seat of the Renault, got out first. He walked to the armored car where he was to meet the other driver whose job was to carry a sack into the post office. Just as the two guards opened the van’s trunk to get out the eight sacks of money, four men appeared and ordered them to lie face down. Witnesses told police that, along with money, the robbers pocketed the gun—a Crvena Zastava 9 mm, serial number 280-09—holstered on Đevenica’s hip.

No Guns, No Insurance

“If there had been an armored vehicle and an escort vehicle with four armed security officers, the insurance would have been paid within 15 days,” Davor Martinović, the president of insurance firm Euroherc’s Supervisory Board, told CIN.

For Euroherc it is an open and shut case.

FBiH police inspectors involved in the oversight of private security agencies established during their investigation that neither the driver nor the co-driver of the armored car were armed, though they should have been if they were obeying the 2008 amended Law on the Measures in the Protection of Financial Institutions. That law says that guards in an armored car must be armed when transporting money and valuables of more than 200,000 KM. But investigation records show the gun taken from Đevenica, was the only one the guards had.

Drago Spajić, a member of HP Mostar’s Board of Directors, said that his company has filed lawsuits “against Euroherc and Puma Security of Čapljina to force payment.

It will not be the first time HP Mostar has sued Puma.

On Sept. 30, 2008, an HP Mostar van parked in front of the Unicredit bank in Čapljina and a post office worker got out with 300,000 KM. Before she could carry it into the bank, robbers intercepted and the money has never been recovered.

According to a later media report, prosecutor Mirko Milićević said that no armed guard accompanied the shipment. Police spokesperson Srećko Bošnjak said that according to Puma’s first version of events, the guards “got lost.” A later statement said that there was a guard in the bank but his duty was limited to the bank’s premises.

Euroherc refused to honor its insurance policy that time as well and HP Mostar sued. The case is still pending.

The combined losses from those two robberies are more than 1 million KM.

Private firms took over the job of guarding banks and transports in 2002 when new laws were passed in the three legal political divisions of BiH. From 1999 and 2002 not a single armed robbery of cash in transit was reported in the country. There were seven cases of bank attacks. Between 2002 and 2009, banks, post offices, and increasingly bet-shops, were attacked 287 times, according to a report on private security in BiH published by a Sarajevo non-governmental organization, the Center for Security Studies.

“It’s been accepted wisdom that while police were in the business, there was never a robbery,” says Muamer Bajraktarević of Sarajevo, an expert on legal issues regarding private security agencies. “True, but the police have also never accepted to become a hostage of an insurance company, bank or any other client.”

He said that the police would make a judgment on how many guards a shipment needed to have and would arm an entire escort, just what the contract between Euroherc and HP Mostar required of Puma Security

The Director Distances Himself

In early 2009, the owners of Puma sold the firm to Banja Luka based Sector Security, according to the company register in Mostar Municipality court. The company continued its business but failed to apply for a work license, according to the Federation of BiH (FBiH) Police Agency.

“The founder had been changed,” said Tihomir Petrić, the chief inspector in charge of private security agencies licensing in FBiH. The situation is the same for all businesses. “If you sell a cab to someone else, you don’t have a right to drive.”

In the aftermath of the Kruševo robbery, FBiH inspectors filed a complaint on two infractions, including the failure to reapply.

Bender, now deputy director of the FBiH juvenile hall in Sarajevo, told CIN he was “not in the loop” and had stopped dealing with Puma more than a year ago. Nevertheless, he is still listed in the registry as director.

Also, a list of private security firms operating in FBiH supplied by the Federation Ministry of Internal Affairs, lists Bender as the executive officer of Puma, responsible for 70 licensed guards.

Bender, a former warden of the prison in West Mostar, was notified by HP Mostar the day before the pension cash shipment was due, and he then informed employees who reported directly to him. They were responsible for choosing guards for the job, according to witness statements.

“So what if I was the executive officer,” Bender said, “I was not the one on the ground.”

The Meaning of Security

The postal company last year registered its own security agency, said Draženko Miletić, a member of Commission for Oversight of Security Agencies at the Ministry of Interior of Hercegovina-Neretva Canton. The company has applied for licenses to bear arms, but the tenders for hiring security agencies for tasks like escorting cash are still out, Spajić of HP Mostar clarified.

“We are aiming for a long term solution. But it will take time to find staff and get licenses and equipment,“ said Spajić.

Post office management tailored its latest call for applications, published March 23, in such a way that prospective security firms must sign extensive insurance contracts to the benefit of HP Mostar. This differs from the simply worded tenders that Puma won easily in 2007 and 2009, and can be seen as an indirect acknowledgment of the Post Office’s failure to exert needed control.

A number of police detectives and security experts agree that security workers are often underpaid, especially as private security agencies have recently been forced to lower bids at the cost of its profits in order to win public tenders.

But if there are hints from experts and police about security agencies having to cut corners to stay in the business, no one would say definitely that this was why four guards would set out to escort a huge shipment of cash with only one gun among them. The 2002 Law on Security Agencies did limit the number of guns for which security firms could obtain licenses to one document per five employees so that firms had to apportion weapons to jobs as required. In 2008, however, the law changed to allow for a license for every two employees.

Officials from Puma Security didn’t want to talk about how many of their guards escorting cash deliveries are armed. Police officers investigating the Kruševo robbery said that they didn’t pose the question to Puma either, as they considered it irrelevant to their search for robbers.

Even had they carried pistols and a shotgun as the law allows guards escorting cash shipments , the Puma guards would have been no match for four robbers who had an anti-tank weapon.

“Current analyses show that all robberies (of cash shipments) have been conducted by several perpetrators armed with automatic rifles able to fire continuously,” said Bajraktarević.

No one expects guards to die protecting money. Still just by carrying a gun, they could have prevented a huge loss to taxpayers.