In 2001, the head of Kyrgyzstan’s presidential administration wrote to the City Council of Bishkek to ask for a piece of land.

The presidency said the country needed a new hotel for foreign dignitaries in the country’s capital.

The fledgling post-Soviet republic was “expanding its international connections,” but lacked a space that would “meet the requirements of international protocol,” the president’s office argued. 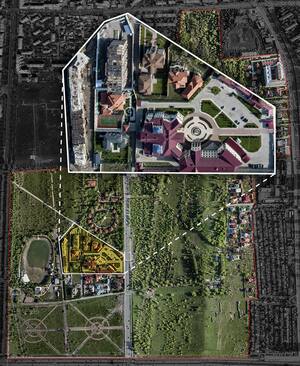 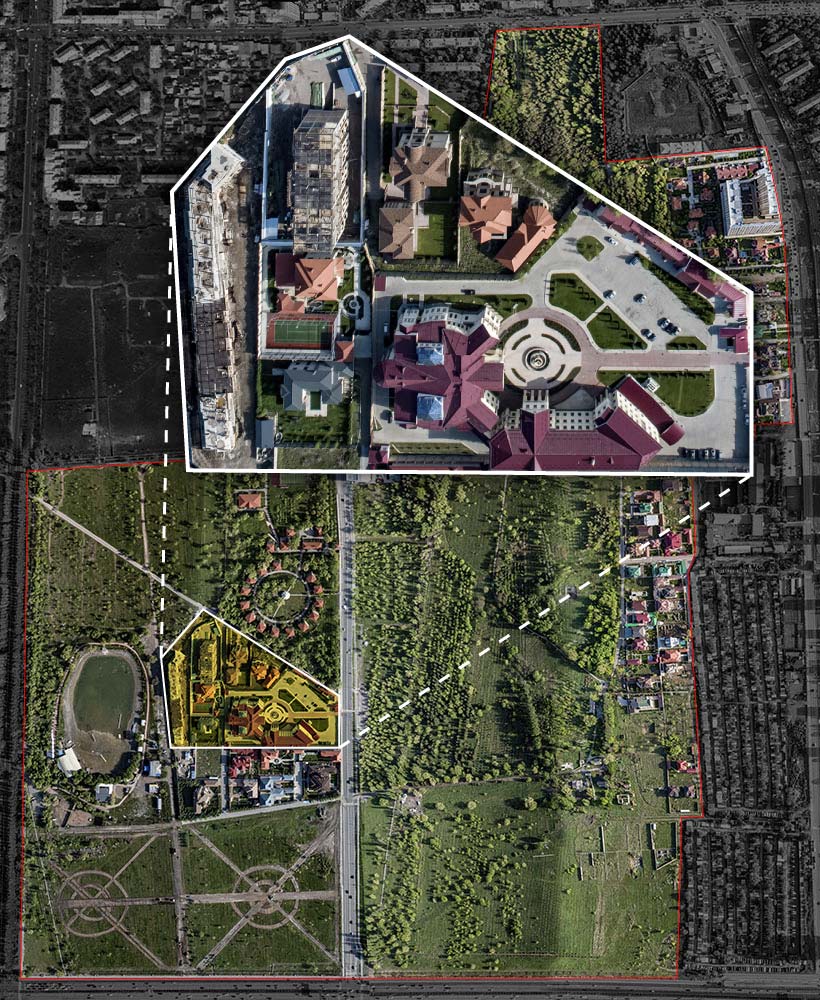 OCCRP and its Kyrgyz member center, Kloop, learned more about these negotiations while investigating how a huge piece of the park, a beloved green space in the middle of Bishkek, ended up being sold or given away to private owners over the course of a decade.

In this case, although the president’s land was initially given for public use, such a large construction project in a designated park was forbidden under Kyrgyzstan’s Land Code. Nobody involved in the project appears to have taken heed of that.

Instead, with little public debate or oversight, construction started on an ornate neoclassical building with a colonnaded facade. The plan was to finish in time to start hosting foreign delegations by summer 2003.

The government even ordered the Mayor’s Office to pay for the hotel project out of its own budget, despite private advice from a government lawyer that such a demand was illegal, according to a document obtained by Kloop and OCCRP.

Credit: Kamila Baimuratova The General Prosecutors’ Office is the only public building built in this area of Ataturk Park. The rest of the area, which had been awarded for the construction of a hotel complex for foreign dignitaries, was sold off to private buyers.

The presidency followed that up with a request for the Mayor’s Office to pay for a fence, and even spruce up the surrounding area.

“Dear mayor, because we have financial problems in the republic’s budget, we ask you to build a fence and restore green spaces on the territory, and also make some preparations for the construction,” the presidential administration wrote in a 2001 letter.

Although the Mayor’s Office appears to have agreed to this, spending over 107 million Kyrgyz soms (more than US$2.7 million) to build the fence and the shell of a hotel, eventually it also ran out of money. In December 2006, with no funds forthcoming, the office decided to stop work on the project.

But instead of being reintegrated into Ataturk Park, the land was put up for private sale, advertised in local newspapers for the equivalent of $7.6 million. The Mayor’s Office would reap the benefits, with no oversight.

Despite two separate rounds of listings, no one expressed interest in the expensive plot. Three months later, the office decided to carve up the land into 20 smaller pieces, excluding only the unfinished hotel.

This time most of the land was snapped up, largely by business magnates, including the former head of a Kyrgyz bank and the founder of a large mining company. Soon mansions began sprouting up on the divided land, and the plots were fenced off. What had been a public green space had become a private millionaires’ row. The mayor’s office earned a total of 102 million soms (almost $2.9 million) from these deals. According to prosecutors with knowledge of the matter, this money went into the city’s budget, but it is unknown exactly how it was spent.

Credit: Svetlana Zelenskaya Chinara Isaeva, the sister of an MP, bought this plot from its initial owners in 2013. She later sold it to a construction company for an unknown amount of money that is now building an apartment complex there.

A Residence for the President?

This wasn’t the first time a presidential request had turned into a private land spree in the park.

In 1993, just after Kyrgyzstan became an independent state, the presidential administration was given a bit more than half a hectare of land in Ataturk Park to build an official city residence for the president.

According to public plans, the house was to be a two-story building made of reinforced concrete and brick, surrounded by landscaping.

But construction never even began on this project, for reasons that were not made public. Instead, after 14 years of inaction, the presidential administration switched gears, announcing in 2007 that it would build an office complex and hotel on the land. Again, it cited the need for a facility to host foreign delegations.

The administration made a public call for bids to construct the complex. The winning company was an obscure wholesaling firm called Elegant-Service, owned by the son of a former MP. (Both father and son were later convicted of corruption-related offenses over a different land deal.)

According to prosecutors, Elegant-Service privately suggested to administration officials that they build a seven-story apartment building on the land instead. The head of the administration, Kurmanbek Temirbaev, agreed to change the official project documents to allow the company to build whatever it wanted.

In exchange, the administration would be given four apartments in the new building, according to a document obtained by reporters. All the other apartments were quickly sold to private owners after construction on the building was finished in October 2011. 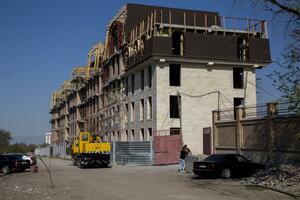 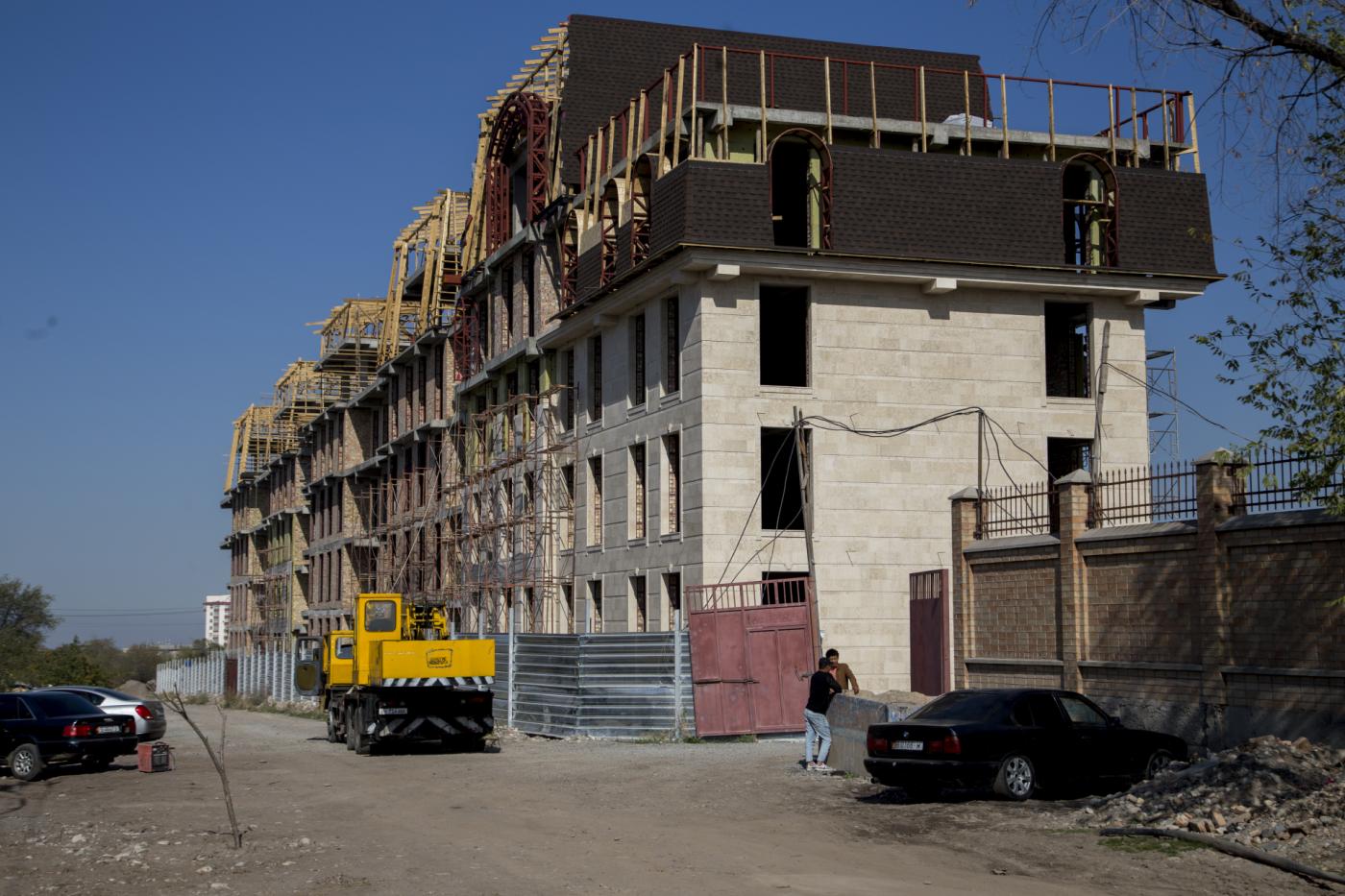 In 2012, the national prosecutor’s office opened a criminal case against Temirbaev and his deputy, Balbak Tulobaev.

In court, Tulobaev defended himself by claiming that the apartment complex was intended to provide administration employees, athletes, and other public figures with a place to live. It is unclear whether any such people were actually given free housing there.

The two men were nonetheless found guilty of abuse of power because the transaction had taken place without the president’s approval. They were fined 100,000 soms (about $2,000) apiece, and banned from occupying senior administrative positions in government bodies for one year. However, they were immediately given a judicial amnesty and the sentence was waived.

Tulobaev now works as head of administration for the Bishkek Mayor’s Office. He did not respond to requests for comment.

In a written statement responding to questions from reporters, Temirbaev first claimed that he was unsure of the initial purpose of the land grant.

“I don’t know what was the purpose and why the plot was granted to the presidential administration,” he wrote. “I don’t remember it now.”

But he went on to say that the land was not appropriate for a presidential residence, anyway, because it “didn’t fit the necessary size and security requirements.”

As for the long-awaited hotel, Temirbaev said that there were other appropriate facilities in Bishkek to host foreign delegates.

He did not explain why, in that case, his administration put out a call for bids to build such a facility in Ataturk Park.

The current presidential administration did not respond to requests for information about the status of the four apartments they received in the deal.

The Park That Was Lost
The Officials Who Gave It Away
Big Man, No Campus