2016 PERSON OF THE YEAR IN ORGANIZED CRIME AND CORRUPTION

A panel of eight journalists, scholars and activists expert in fighting corruption chose Maduro for the global award on the strength of his corrupt and oppressive reign, so rife with mismanagement that citizens of his oil-rich nation are literally starving and begging for medicines.

As murder and crime in Venezuela has skyrocketed and political oppression has intensified, the president and his inner circle, including wife Cilia Flores, have extracted millions from state coffers to cover the patronage that keeps him in power.

The Financial Times dubbed him Venezuela’s “Lord of Misrule” in dissecting his performance. Reporters Without Borders named him a “Press Freedom Predator” for his ingenuity in silencing critical media. He has had friends buy up key outlets, orchestrated newsprint shortages, and criminalized articles that “call into question legitimately constituted authority.”

“It’s been a big year for Maduro,” said Drew Sullivan, editor of OCCRP and one of the judges. “I think this year has been the tipping point and his negligence, incompetence and corruption are the cause. When a country’s leader can watch his people starve and still oversee a government stealing $70 billion a year all while his family deals drugs, it’s a special kind of evil. He deserves this prize.”

Maduro, a former bus driver and trade union leader who served as foreign minister under President Hugo Chavez, rose to the presidency when Chavez died in 2013. The increasingly isolated president claims to speak to his predecessor’s spirit through a “little bird.” He has ruled mostly by fiat, waving off legislative action and quashing the mounting citizen protests.

In November, a jury in New York convicted two of Flores’ nephews in a multimillion-dollar drug scam designed to raise funds to keep the family in power. The nephews plotted to use the presidential hangar at a Venezuelan airport to ship 800 kilograms of cocaine to the US through Honduras.

Philippines President Rodrigo Duterte finished a runner up to Maduro out of 15 nominees for Person of the Year. 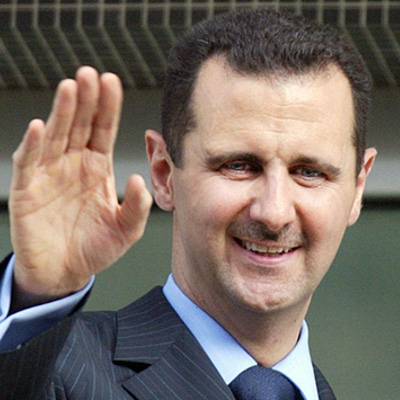 Syrian President Bashar Al-Assad, implicated as a war criminal in 600,000 pages of official documents smuggled out of the country last spring, was another runner-up.

Vladimir Putin, OCCRP’s 2014 Person of the Year, received considerable support this year for a second award.