2014 PERSON OF THE YEAR IN ORGANIZED CRIME AND CORRUPTION

Vladimir Putin has been named the 2014 Person of the Year by the Organized Crime and Corruption Reporting Project (OCCRP), an award given annually to the person who does the most to enable and promote organized criminal activity.

Putin was recognized for his work in turning Russia into a major money-laundering center; for enabling organized crime in Crimea and in the Donbass region of eastern Ukraine; for his unblemished record of failing to prosecute criminal activity; and for advancing a government policy of working with and using crime groups as a component of state policy.

“Putin has been a finalist every year so you might consider this a lifetime achievement award,” said Drew Sullivan, editor of OCCRP. “He has been a real innovator in working with organized crime. He has created a military-industrial-political-criminal complex that furthers Russia’s and Putin’s personal interests. I think Putin sees those interests as one and the same.”

Putin, a former KGB bureaucrat, began arresting most major organized crime figures in Russia several years ago, but then quietly released them. That was the start of Russia’s state policy of working with organized crime. OCCRP believes that Putin agreed to tolerate criminality in exchange for criminals’ support in advancing what he defined as Russian interests.

“Vladimir Putin and his siloviki fused a Cold War mentality with modern organized crime strategies and technology to create a new level of transnational organized crime,” said Paul Radu, executive director of OCCRP. “The Russian-backed money laundering platforms have exploited the lack of transparency in the global financial and offshore company registrations systems to create a new criminal financial infrastructure used by crime groups from as far away as Mexico and Vietnam”.

For example, OCCRP looked at a sophisticated money-laundering system set up with the help of Russian and Moldovan organized crime that used Russian banks (including one connected to Vladimir Putin’s cousin Igor), fake bank loans, and corrupt Moldovan judges. The system moved the money of oligarchs, crooked government officials and organized crime into Europe through a Latvian bank. Money moved through the system was used to support Putin’s political interests.

In another project, OCCRP’s partners aired a documentary which looked at the links between the state owned Russian Railways (which is close to Putin), a notorious banker known as the Black Banker who was shot in London, a slew of organized crime figures and hired assassins and a Russian/Moldovan businessman who also ran a pro-Russian political party in Moldova. The video was responsible in part for a decision by the Moldovan government to ban the Patria party on the eve of the elections because they received illegal financial assistance from Russia. Patria’s leader, fearing arrest, fled to Russia where Russian officials defended him publicly.

Organized crime figures have served as intermediaries for weapons transfers between the Russian army and Russian-backed separatist rebels in Ukraine. Working undercover, OCCRP reporters bought weapons from organized crime figures in Moldova; the weapons originated with the Russian 14th army in the breakaway region of Moldova known as Transnistria.

Putin’s government has forced the closure of media and civil society groups that have looked at its corrupt practices and ended the year in ironic fashion by finding its fiercest critic, blogger Alexey Navalny, guilty of corruption.

“For years Putin has created buffer states run by organized crime thugs, like Transnistria, South Ossetia, Abkhazia and now Crimea and the Donbass,” Sullivan said. “While there is a long history of criminal groups working with governments around the world, both in the West and in the former Soviet Union, Putin has institutionalized these connections in ways never seen before.”

Runners up to Putin this year were Hungarian Prime Minister Viktor Orban and Montenegrin Prime Minister Milo Djukanovic. Previous winners include the Romanian Parliament for its role in legalizing crime in 2013 and Ilham Aliyev, the President of Azerbaijan, in 2012 for his role in taking large cuts of state business.

OCCRP is a not-for-profit consortium of regional investigative centers and for profit independent media stretching from Europe to Central Asia and in Latin America. Its goal is to help the public understand how organized crime and corruption affect their lives and to improve reporting on the issues of corruption and criminality. OCCRP seeks to provide in-depth investigative stories as well as the latest news pertaining to organized crime and corruption activities around the world. It is funded by the Open Society Foundations, USAID, European governments and other major international donors. It has offices in Sarajevo, Bucharest, and Tbilisi. 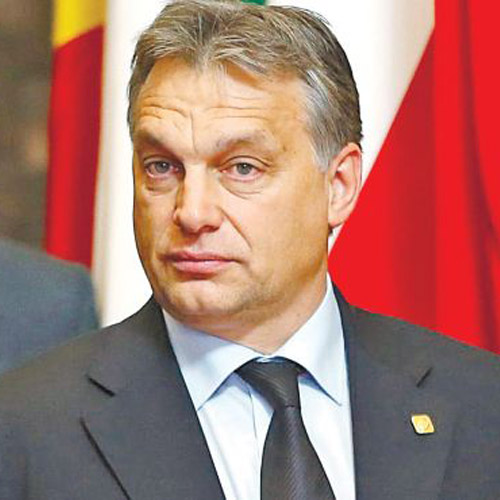