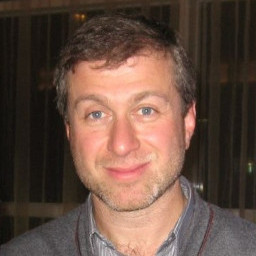 Russian oligarch Roman Abramovich has been a member of President Vladimir Putin’s inner circle since the late 1990s. Abramovich is a former member of the Russian parliament and was the governor of the Chukotka region from 2000 to 2008. He is one of Russia’s richest people, with a reported net worth of about US$ 10 billion. He owns stakes in the giant metal firms Evraz and Norilsk Nickel, and is the owner of the Chelsea Football Club and assets including the second-largest yacht in the world, the 163-meter Eclipse.

In correspondence between an Appleby employee and Bermuda’s Controller of Foreign Exchange, it’s clear that Abramovich intended to carry this out via a series of offshore intermediaries.

“Mr. Abramovich is the sole beneficiary of [Cyprus entity] Zephros Trust, which is the sole shareholder of [British Virgin Islands company] Minden Worldwide Ltd., which is purchasing the 31.17 percent stake of the company,” the Appleby employee wrote.

This set-up was derailed after Abramovich, who was investigated in Russia for forgery in the early 1990s and was named a party in at least one civil case in the BVI, ticked “no” on a Bermudan form asking if he had ever been under investigation.

After the Bermuda rejection, Appleby decided to swerve around the problem by carrying out the deal in the British Virgin Islands (BVI) instead.

“It does not appear that the same issues arise in the BVI where Mr. A is concerned (given the existence of the structure including a BVI company this must be correct), hence their proposed switch to your jurisdiction,” an Appleby employee in Bermuda wrote to his BVI counterpart.