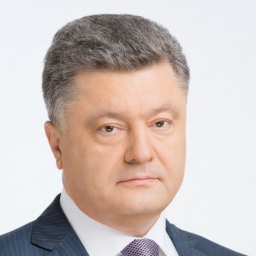 Petro Poroshenko is Ukraine’s president and a wealthy businessman with interests in automotive plants, a shipyard, a television channel, and the country’s largest confectionery company. During his presidential campaign in 2014, Poroshenko pledged to sell this company, Roshen. He has yet to do so.

Poroshenko’s name turns up in correspondence between the Ukrainian law firm Avellum Partners and the Appleby law firm in the Isle of Man in June 2014. In the leaked correspondence, lawyers at Avellum asked Appleby for help in setting up an offshore holding company as part of a restructuring of Roshen. In emails, the Ukrainian lawyers stress that Poroshenko is a politically exposed person, writing that “the matter itself is extremely sensitive.” The lawyers describe a structure which “for tax purposes” would involve firms in the Netherlands and Cyprus, controlled by a firm in either the British Virgin Islands or the Isle of Man.

The outreach from Ukraine set off an internal discussion among Appleby employees about the risk of doing business with Poroshenko. In the end, the company declined the job.

When contacted, Poroshenko’s presidential press office directed OCCRP’s questions to Avellum. In a written response, Avellum said the offshore restructure was necessary for the planned sale of Roshen and to ensure that the maximum amount of tax would be paid in Ukraine.