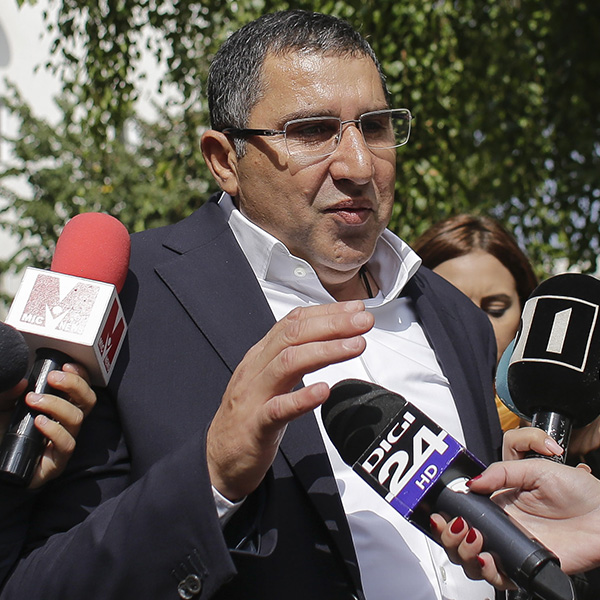 Nicolae Dumitru, 53, is a Romanian businessman and real estate developer who has connections to politicians and former members of the Securitate, Romania’s Communist-era secret police. In 2011, Forbes Romania valued his fortune at over €100 million (about US$ 140 million).

In October 2016, Dumitru was convicted of influence-peddling in the so-called “Microsoft file” case and sentenced to over two years in prison. According to prosecutors, he received $7.65 million and €2.7 million in exchange for convincing officials to sign software acquisition contracts at inflated prices.

Dumitru deposited the money in Running Total Group Ltd., a company registered in the British Virgin Islands and represented in Romania by one of his business partners and employees. According to prosecutors, the total loss to the government in the case was about $67 million.

Dumitru was released from prison in September 2017.

Nicolae Dumitru is listed in leaked Maltese business registry documents as the sole shareholder of Graystone Finance Ltd., founded May 30, 2011. On the next day, Graystone became the shareholder of another company registered in Malta, Zenith Yachting Ltd. The directors of Zenith are his sons, Ilie Robert Dumitru and Laurențiu Marian Dumitru.

The documents show that in 2011, Graystone concluded a finance lease contract with Zenith for €2,976,750. According to the contract, for the duration of the lease, Graystone remained the legal owner of a yacht named Illusion 8, which Zenith ultimately bought for €2,835,000 in 2011. The length of the lease was not specified.

Nicolae Dumitru told RISE Project, an OCCRP partner, that he used the Maltese companies solely to buy the boat. He explained that other offshore tax havens require boat owners to leave European waters every six months, but not Malta.

“Malta, because it’s a European country, doesn’t have this obligation. I went there and registered a company,” Dumitru said. He said Maltese officials checked him out before allowing the transaction. “They verify you and what things you own. I feel proud.”