Israeli Benjamin Steinmetz, 60, is by any definition rich, with a fortune estimated by Forbes magazine at more than US$ 1 billion.

Ovidiu Țuștiu, 47, makes US$ 400 a month and is a poor engineer in Dărmănești, a small town in northern Romania.

Țuștiu and Steinmetz, one of the richest Israelis, belong to completely different worlds but both names are featured in offshore records obtained by investigative journalists. Reporters for the Organized Crime and Corruption Reporting Project (OCCRP) and RISE Romania found out that this is no coincidence.

Details about both were buried in the Panama Papers, a trove of internal data of Mossack Fonseca, a Panamanian legal firm doing business in offshore tax havens for clients who want to hide their identities and/or holdings.

The data was obtained by the German newspaper Süddeutsche Zeitung and shared by the International Consortium of Investigative Journalists with the Organized Crime and Corruption Reporting Project and more than 110 media partners from 82 countries.

Țuștiu is virtually unknown to the Romanian public, but Steinmetz received extensive coverage in Romanian media after police issued an arrest warrant last month for his alleged involvement in a corrupt land deal. He is charged along with a member of the Romanian royal family and other intermediaries.

Steinmetz is also well known because his BSG group of companies is a main stakeholder in the Roșia Montană gold mining project. The project, which planned to use cyanide leaching to exploit gold-bearing ore in the mountains of Transylvania, was halted by Romanian authorities after tens of thousands of people took to the streets in September 2013 to protest against the mine.

Steinmetz and other shareholders sued the Romanian state in a Washington, DC arbitration court and may seek billions in damages over the project being stopped.

Documents in the Panama Papers show that companies established by Steinmetz have been involved in another scandal that rocked the Romanian economy in the past decade. Known to Romanians as the RAFO scandal, this refers to the collapse of two oil refineries—named Dărmănești and RAFO Onești–in the north of the country.

The two former refineries have now been reduced to scrap metal, leaving thousands of people without jobs. The RAFO scandal involves a string of secretive offshore companies that took turns owning the refineries after a controversial privatization in the early 2000s. Some of these companies are connected to Steinmetz’s BSG group of firms. 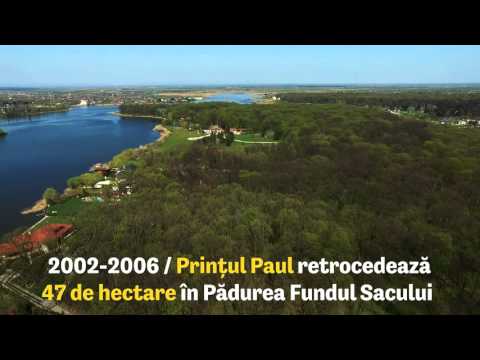 Țuștiu worked as an oil engineer for 14 years at both the Dărmănești and RAFO refineries. “When they went bankrupt I couldn’t believe my eyes. I never lived through such an experience before. I thought I would get to retire from that job. I felt left hanging,” Țuștiu told a reporter at his current workplace in the Dărmănești city hall.

Țuștiu had to quit his job in 2008 when the refineries shut down. Since then, the oil refining equipment, pipes, and furnaces have been sold, piece by piece, as scrap metal. “There is nothing left standing here. All the jobs were lost in 2004,” said a guard who oversees what is left of the Dărmănești refinery.

However, there were indications of the disaster to come long before that. After the refineries were privatized in the early 2000s, ownership of the industrial behemoths cycled rapidly through a series of offshore companies, leaving huge debts and uncertainty behind.

The first private owner of the refinery, in the early 2000s, was Corneliu Iacobov, a politician with the Social Democrats, who hid his ownership behind a Portuguese company. Iacobov is now in jail over fraudulent businesses he conducted with the RAFO refinery. He also shows up in the Panama Papers.

In March 2009, as Iacobov was on trial for corruption and money laundering, he bought a Seychelles company called Ayalex Investments Ltd. through Mossack Fonseca. Iacobov shares ownership in this company with his sister, Gabriela Cora Nistor. Records say it was created to open bank accounts and to develop a real estate business in the United Arab Emirates.

The next to own RAFO was another controversial businessman, Marian Alexandru Iancu, nicknamed “The Elephant,” who is also in prison over fraudulent deals involving the refinery.

Iancu was a resourceful businessman. While in a police cell under pre-trial arrest in 2005, he sold the refinery to a consortium of companies represented by a Ukrainian citizen named Uri Bider. Bider was the public face of a very secretive business group and set up shop in a downtown Bucharest building that used to be owned by a now-disgraced Romanian oligarch, Puiu Popoviciu, who is himself charged with bribery and corruption in another case.

“Bider was the boss for me. I only later realized that he might have been just an administrator,” said Marin Anton, a former RAFO manager and now a member of the Romanian Parliament. “I met (Bider) first, if I remember correctly, on the 14th of February in 2005 when Iancu got arrested. He was representing Michael Cherney.”

Cherney is a controversial Russian businessman who was wanted in a number of countries for money laundering although he was pulled off the Interpol wanted list two weeks ago. Anton said that he left the refinery when the owners stopped investing money and told him to purchase old, used refining equipment from Ukraine on behalf of RAFO, explaining, “I did not want to purchase scrap metal.” 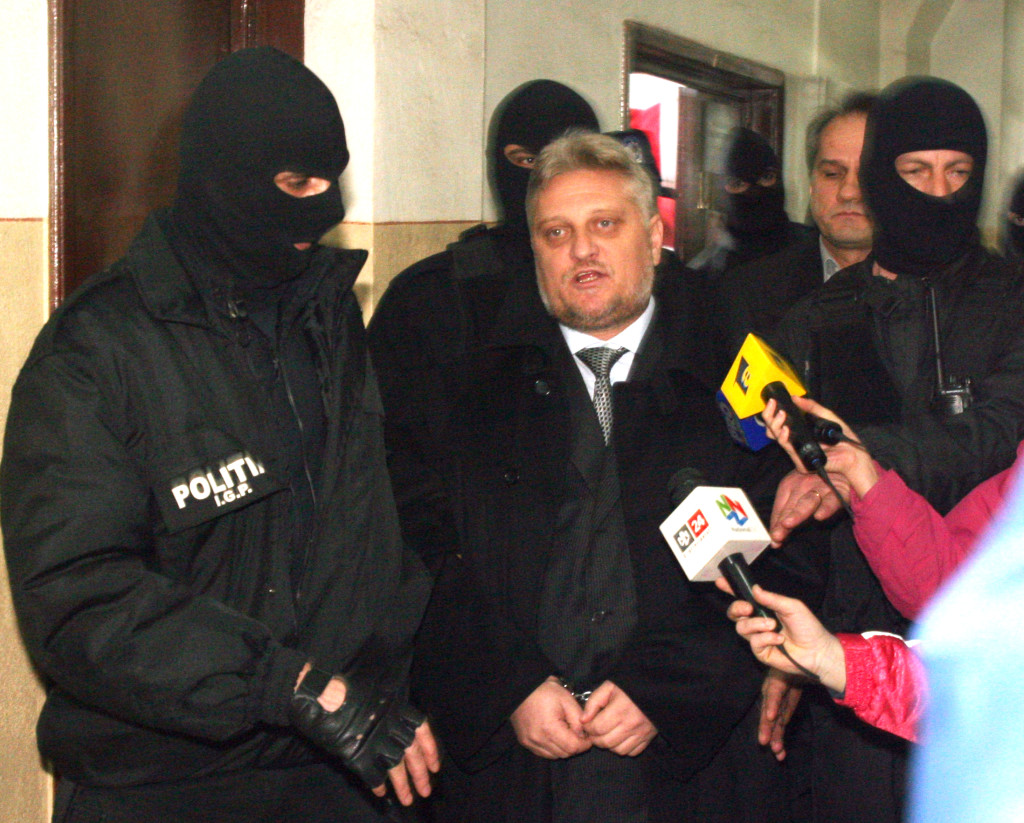 Documents in the Panama Papers show that in 2003, two years before showing up at RAFO, Bider was working for Steinmetz, the Israeli tycoon. A November 2003 board resolution authorizes BSG Resources, the same company which is now a significant shareholder in the Rosia Montana project, to form a Cyprus corporation called Raglam Overseas Ltd. and to give Bider a power of attorney to conduct business in Ukraine.

The Ukrainian deal involved negotiations over an oil terminal in Kherson with the Infox group of companies, which was controlled by the family of Mykola Zlochevsky, a former minister of the environment who fled the country after the Maidan revolution.

Anton told OCCRP that he did not know that Steinmetz’s companies have been involved at RAFO. He added he met him a couple of times but in different contexts.

By 2006, Bider had inserted Raglam in the ownership of both Romanian refineries, RAFO Onești and Dărmănești. Less than two years after taking them over, Bider left and transferred ownership to an equally secretive group of companies. During this period, Romanian authorities complained that they didn’t know who really owned the companies. 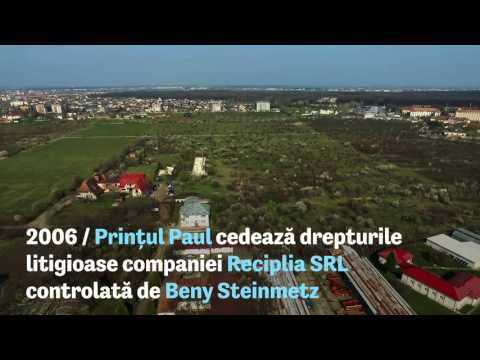 Țuștiu, like thousands of other RAFO and Dărmănești refinery employees, hung on through these changes until, in 2008, he was laid off and forced to look for other jobs. “I couldn’t find nothing. Couldn’t find. I’m applying every week to dozens of jobs,” he said.

One of the places where he applied was Mossack Fonseca. This is how his name joined those of Iacobov and Steinmetz in the same leaked database.

“I am ready to cooperate for transfer or remittance of funds for any companies, persons or banks worldwide, as a nominee account holder, based on a reasonable commission. Also, I am interested to serve as nominee director or shareholder for corporations in any jurisdiction,” Țuștiu wrote in an email to Mossack Fonseca in January 2013.

At first Țuștiu told OCCRP that he doesn’t remember applying for a job with the Panama firm but then he acknowledged it, adding that he has done nothing illegal. He couldn’t have anyway, as Mossack Fonseca politely declined his service: “We truly appreciate your offer, however we have already selected a group of individuals for this purpose.”

Steinmetz was indicted in March 2016 by the Romanian National Anticorruption Department (DNA) for complicity to money laundering, traffic of influence and forming an organized crime group with 13 other suspects. According to the DNA, he financed a criminal group that sought to acquire a large property claimed by Prince Paul Lambrino, 67, the nephew to the former King of Romania Carol. The group was coordinated in Romania by a local businessman, Remus Truica, a chief-of-staff to the former Romanian Prime Minister Adrian Nastase. Nastase, a famously corrupt leader, was eventually sentenced to jail for corruption. Truică and Steinmetz have a long history together partnering 16 years ago in a Romanian real-estate company.

The prosecutors claim that Steinmetz transferred €4 million to be used in the alleged illegal restitution of the former royal property – now highly expensive land around the Romanian capital of Bucharest. In exchange for the money, an offshore structure was set up in BVI by Mossack Fonseca which received two swaths of land. One is the former royal farm Băneasa in the capital city, the second was a nearby forest. Prosecutors said the two alleged illegal land deals cost the state €145 million in damages.

Wiretaps presented by the prosecutors in court show that Steinmetz was orchestrating the land deals. An arrest warrant in absentia was issued on March 15 for Steinmetz, but two weeks later it was revoked by the Romanian High Court of Justice. The reasons why are not clear because the court has not addressed the reasons yet but prosecutors say the charges remain.

The Panama Papers documents identified by RISE Project indicate that another offshore company was set up by Steinmetz which owns 20 hectares of land in Snagov, near Bucharest. The land was initially owned by a local company. In 2009 the company was acquired by the offshore set up in BVI by Mossack Fonseca and represented by Robert Rosu, a well-known lawyer in Romania who also indicted by the prosecutors in the criminal case against Steinmetz.