Moldova: The Offshore Connection of an ex-PM

Sturza and the Rompetrol Group

When former Moldovan Prime Minister Ion Sturza first heard about the Panama Papers, he posted a warning on his Facebook page to his former colleagues:

“I see some of the Moldovan politicians [are] very relaxed in Dubai’s offshores” thinking that the offshore scandal is only about Panama, he wrote. But in reality, he said, the Panama Papers are “a gigantic investigation by an international journalist consortium,” including RISE Moldova, who will continue to search through the documents looking for names.

“Are you still mocking RISE?” he asked, implying this is the quiet before the storm. “Enjoy it, Moldovan politicians, owners of hidden offshores!”

One hour later, RISE reporters did find some Moldovan names: that of Sturza himself and businessman Constantin Lutsenko, in records linked to offshores connected to the late Romanian billionaire, Dinu Patriciu.

The Panama Papers are records compiled by Mossack Fonseca, a Panamanian legal firm doing business in offshore tax havens for clients who want to hide their identities and/or holdings.

The data was obtained by the German newspaper Süddeutsche Zeitung and shared by the International Consortium of Investigative Journalists with the Organized Crime and Corruption Reporting Project (OCCRP) and more than 110 media partners from 82 countries, including OCCRP partner RISE Moldova.

Sturza insists that the offshore organizations to which he is linked did not benefit him financially and said he has done nothing wrong.

How did his name get on those documents?

Two years after Sturza withdrew from politics in 2000, he went into business with Patriciu, the former head of the Rompetrol Group, a multinational oil company with most of its assets located in Romania, France, Ukraine, Georgia and Moldova.

Sturza worked at Rompetrol from 2002 to 2009, along with Lutsenko. According to the Panama Papers, the two men were also partners in hidden offshore companies during that period.

Sturza insists he received no benefit from his association with them. “I have never been a beneficiary of such a company,” he told RISE.

“Perhaps Rompetrol used those companies in one formula or another, but I have no reference about them. In the Rompetrol group, there were very many companies where we, as managers, were beneficiaries, but I don’t recall anything about those companies. But they weren’t companies for evasions or for financial or other types of coverage.”

He later amended his response slightly, after talking to the lawyers who set up the companies, and said, “Those companies were set up for maritime operations and unfortunately were never used, because the business failed.”

What emerges in the Panama Papers is that, at least on paper, the business interests of Sturza and Lutsenko were closely entwined for several years.

In 2005, Sturza was serving as Rompetrol’s deputy president for development in Russia and the Commonwealth of Independent States (CIS), a group of former Soviet countries, when the Rompetrol Group opened a representative office in Moscow and named Lutsenko its director. Lutsenko had previously worked for a series of important Russian companies, including Gazprom and Novochimtrans, as well as American and German petrochemical companies.

Sturza participated in the negotiations and subsequent sale of the Rompetrol Group to the state-owned company KazMunaiGaz (KMG) in Kazakhstan. The purchase gave the Kazakhs two Romanian refineries: Petromidia on the Black Sea and Vega in Ploiești, a city north of Bucharest, as well as a maritime oil terminal.

The transaction made Patriciu a billionaire and the richest Romanian at the time. Patriciu died of cancer in 2014, at the age of 64. 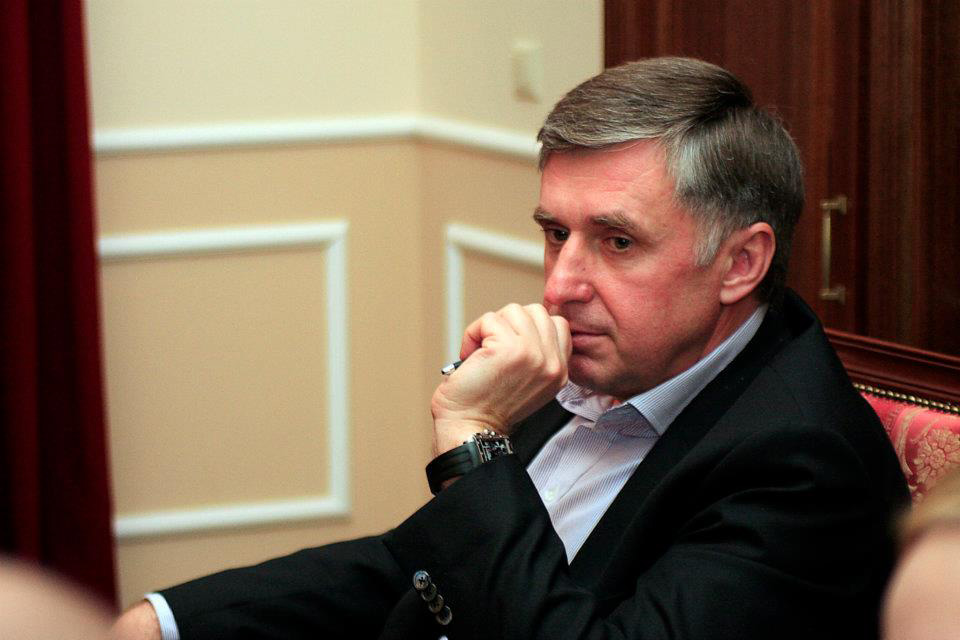 In 2009, when the Kazakh takeover of Rompetrol was complete, Sturza left his job as deputy president and his position on the board of the Rompetrol Group to become president of an investment fund, Fribourg Capital, a Luxembourg-based company through which he launched a number of businesses in Romania and Moldova.

Sturza and Lutsenko did more than just work for Patriciu during their time at Rompetrol. A few months after the Rompetrol office in Moscow was created, in August 2005, the three became business partners in Markside Holdings Ltd., an offshore company registered in the British Virgin Islands (BVI).

After seven years of operation, Markside Holdings was dissolved. The decision was made at a 2012 shareholders meetings, where Sturza was elected secretary and signed the liquidation decision.

According to documents obtained by RISE Moldova, Sturza was also Lutsenko’s associate in another company registered in the BVI in May of 2008, Chandler Group Holdings. That company’s founders include Gunnar Nordsletten, whose father served as Norwegian ambassador to Russia between 2000 and 2008.

Seven months after Chandler Group was established, Sturza withdrew as a shareholder, transferring his 9 percent of the company to Lutsenko, who held about three-quarters of the shares. In 2014, all of the company’s shares were transferred to three additional offshores: Thinkpulse SA, Argali Holdings Ltd., and Sovereign Sales & Commerce Ltd.

The Canadian case involves Lutsenko, whose assets were frozen by the Ontario Superior Court in Toronto at the request of a Cayman Island-based company, East Guardian SPC.

East Guardian claimed it was owed more than US$ 20 million by Einer, which was controlled by Lutsenko and his Canadian business partner, Arie Mazur, and other offshore companies.

In defending against the claim, Mazur described in detail the relationship between himself, Lutsenko, and two Russians: Fuad Uzbekov and millionaire Alexander Shchukin, from whom the money at issue had allegedly come.

Mazur told the court that Lutsenko is a good friend of Uzbekov, who in 2002 was an export adviser at Gazprom and vice director of KazRosGaz, a company founded by Gazprom and KazMunaiGaz. In 2007-2008, Uzbekov was hired by the Kazakh company as a consultant during the period when they were taking control of Rompetrol.

Uzbekov is closely connected to Shchukin: Uzbekov’s son Ildar married Shchukin’s daughter Elena in 2009 and took charge of the western investments of his millionaire father-in-law.

At the beginning of 2010, an affidavit filed with the Ontario court said Lutsenko and Ildar Uzbekov sought oil business opportunities in Europe. It recounted that their first step was the establishment of Einer Energy Holding in Luxembourg to supply oil products to Rompetrol and through which the Shchukin invested more than US$ 20 million in the oil business in Europe.

Uzbekov denied the affidavit’s account of the formation and purpose of Einer Energy Holding and Mr. Shchukin’s involvement with the company.

Editors Note: This story was clarified to state specifically what court records were used and to include Ildar Uzbekov’s response to the story.