Liutauras Varanavičius, the former president of the Lithuanian Football Federation (LFF), owned a shell company allegedly involved in multi-million deals with businesses belonging to Vladimir Romanov, a banker now living in Russia who is wanted by Lithuanian law enforcement.

Panama Papers is the name applied to the unprecedented leak of more than 11 million internal documents of Mossack Fonseca, a Panamanian legal firm doing business in offshore tax havens for clients who want to hide their identities and/or holdings.

The data was obtained by the German newspaper Süddeutsche Zeitung and shared by the International Consortium of Investigative Journalists and OCCRP with more than 110 media partners from 82 countries, including 15min.lt.

On April 6, Varanavičius at first claimed he was not the true owner of the company and said the transactions detailed in the files never happened. However, a day later, the former head of Lithuanian football claimed he “doesn’t remember” if the money was going in and out. 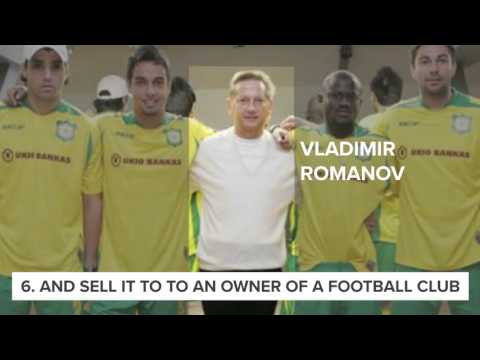 Varanavičius was the president of the LLF between 2000 and 2012. During his presidency he served on the supervisory board of Romanov’s Balkan Investment Bank and as chairman of the board of AB Ūkio bankas. He also played a role in the Romanov-owned football club, the Heart of Midlothian, better known as the Edinburgh Heart.

Research done by 15min.lt shows a new aspect of these ties, involving shell companies and impressive deals, all of which were happening while Varanavičius was the acting president of the LFF. 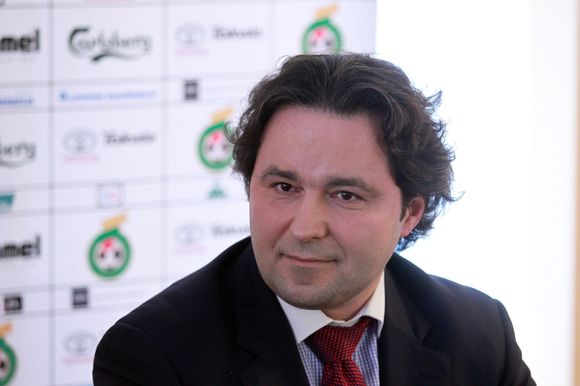 Varanavičius, using bearer shares, stood behind a BVI company called Pallas First Investments S.A. (PFI). Bearer shares are one of the most secretive forms of ownership, as ownership is invested in whoever has physical possession of the share certificate.

Since no name appears on the certificate, they have been very popular with people seeking to hide ownership. Many jurisdictions have now outlawed their use as they were so commonly used to hide criminal profits or to evade taxes.

Varanavičius is not identified on the PFI bearer certificates. But he is named in other documents of 2003, such as a letter opening a bank account for PFI in Switzerland. There, Varanavičius is indicated as the account’s beneficial owner (the real person behind it).

In fact, Varanavičius readily admits he was the owner of PFI. “I acquired the company from intermediaries in 2003. Its purpose was to participate in the Ūkio Bankas Investment Group’s (ŪBIG) project to acquire the Vilnius Palace of Concerts and Sports,” he said on April 7.

The Panama Papers also contain a 2009 letter signed by Varanavičius in which he asks for all of the accounts to be closed, and says he is the beneficial owner. He also asks to transfer the remaining assets to another account, with Centrotex Impex Corp., another shell company, as a beneficiary (he said later that Centrotex was part of the Ūkio Bankas network).

The amount of assets Varanavičius asked to be moved is not indicated in the correspondence. 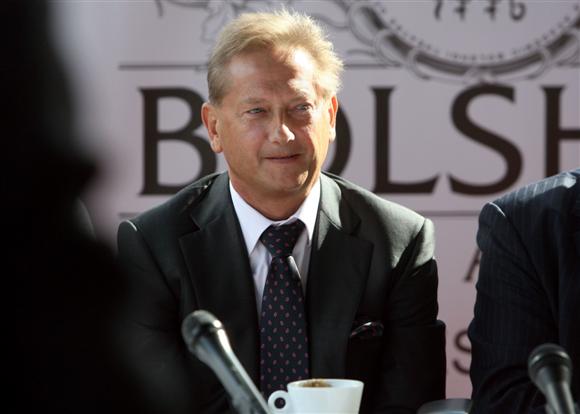 In a live video conference with 15min.lt, Varanavičius admitted he shut down PFI and his Swiss accounts in 2009, saying he did so due to a widely reportedconflict between him and Romanov. In 2009, Romanov got angry with Varanavičius for not supporting FBK Kaunas, and accused Varanavičius of taking part in illegal betting deals.

That same year, Varanavičius stepped down from his position with AG Ūkio bankas.

Varanavičius said the amount of money shifted from the Swiss accounts was “roughly 2,000 euros or dollars.”

Loans from the Balkan Bank

In the Mossack Fonseca files, there are three 2003 loan agreements, all between PFI and Balkan Investment Bank, where Varanavičius was serving on the board.

The loan agreements, which together totaled about US$ 2 million, were signed by proxy directors of the PFI and Saulius Žostautas, the head of the Balkan bank.

Varanavičius said these loans did not violate rules at either the Swiss bank where PFI had its accounts, or at the Balkan bank, and noted he was indicated as the beneficiary to both banks.

When news about these loans first surfaced on April 6, Varanavičius said he was only ‘planning’ the Balkan loans, but had not really taken them. The next day, he said he could not comment on this matter.

The Mossack Fonseca files also reveal a fiduciary deal between the PFI and a Swiss company, Cofis Compagnie Fiduciaire S.A. In the agreement, the PFI authorizes the Swiss trustee to acquire valuable real estate in central Vilnius: the Vilnius Palace of Concerts and Sports and its surrounding infrastructure, including the right to the land’s lease. In the document, the future transaction is estimated at minimum 4 million Lithuanian litas (US$ 1.4 million).

The Swiss company, Cofis Compagnie, did acquire the Sports Palace, according to documents pulled from the Lithuanian registry. Then in April 2006, Cofis Compagnie became a majority shareholder in a Lithuanian company called Finansinio ir nekilnojamojo turto valdymas.

Instead of paying cash for the Lithuanian shares, Cofis Compagnie put up its real estate – the Sports Palace and its surroundings. Later on, the property was well known to be owned by Romanov’s ŪBIG.

Varanavičius declined to say how much Cofis Compagnie paid for the Sports Palace, saying it is a business secret.

According to the Mossack Fonseca files, Varanavičius’ shell company PFI was involved in the deals that made the Sports Palace a part of ŪBIG’s assets.

The documents show an unsigned share sale-purchase agreement between PFI and AB “Pramprojektas”, a company that belonged to ŪBIG. In that deal, Pramprojektas buys the shares of Finansinio ir nekilnojamojo turto valdymas, the company in possession of the Sports Palace. The seller is PFI.

In a preliminary agreement on the purchase of shares, dated May 2006, the agreement says Pramprojektas will pay “the average market value“ determined by “independent property assessor.“ But there is a subsequent agreement dated Oct. 11, 2006, that shows a fixed price: LTL 15,698,430 (just over US$ 5.7 million).

On this issue, too, Varanavičius’ answers evolved over time. At first he said the deal had never happened. “There were no LTL 15 million from Pramprojektas,” he told 15min.lt on April 6.

On April 7, however, Varanavičius told a different story: “I do not recall the details of this deal. I know this company (PFI) didn’t get any profit from it.”

Although these events occurred when he was heading the LFF, and the deals were directly tied to a major football investor, Varanavičius said he sees no controversy about it. “I never denied I was working for Romanov,” he said.

The documents on the Sports Palace deal coincide with Varanavičius’ re-election as the president of the LFF. Several weeks after the May 2006 sales agreement, Varanavičius was re-elected. Varanavičius says there is no connection between these deals and his re-election.

The Authorities Put the Panama Papers on Radar

The Lithuanian authorities reacted swiftly to the findings of the Panama Papers. After the stunning story on an offshore network tied to Russian President Vladimir Putin’s friend Sergey Roldugin, Lithuanian law enforcement confirmed there were money flows from accounts in Lithuania to the Roldugin network.

All of these accounts were at Ūkio bankas, Romanov’s bank.

After the Varanavičius story came out, the Lithuanian Tax Inspectorate (VMI) reacted as well. Dainoras Bradauskas, the head of the VMI, stated that the people disclosed by the research, including Varanavičius, will be “evaluated tax-wise.” He also said the VMI is currently comparing the data revealed by the Panama Papers with the data declared by the taxpayers.

In an April 7 interview with the BNS news agency, Varanavičius said some deals revealed by the Panama Papers did happen, but “not all of them.” He said the loans from the Balkan bank did happen, but some of the deals related to the Sports Palace didn’t.

According to Varanavičius, ŪBIG’s acquisition of the Sports Palace involved as many as 20 companies, and “it is hard to say” what part PFI played in the deal.