Mohammad Zahoor, a Ukraine-based British millionaire of Pakistani origin, was caught up in a far-reaching investigation in 1998 by Ukrainian investigators examining whether politicians Yulia Tymoshenko and Pavlo Lazarenko might have worked together to control the gas industry in Ukraine.

Ultimately police never pursued a case against Zahoor for lack of evidence. The investigation was made, in part, because investigators were looking at thousands of offshore companies including those of Zahoor who used companies from the British Virgin Islands (BVI), an offshore tax haven. 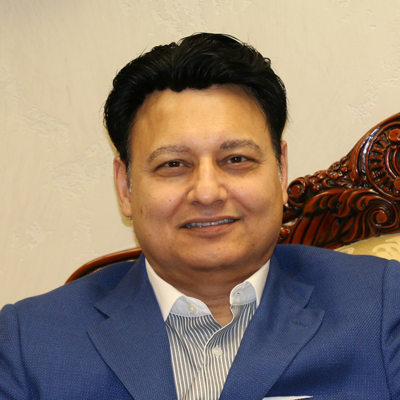 Zahoor is one of two dozen individuals related to Ukraine whose names are found in a trove of documents from Mossack Fonseca & Co (B.V.I.) Ltd. (a Panamanian company that provides legal and trust services including registration of offshore companies) that were received by German newspaper Süddeutsche Zeitung. The documents were later shared with colleagues from the International Consortium of Investigative Journalists (ICIJ) and the Organized Crime and Corruption Reporting Project (OCCRP). 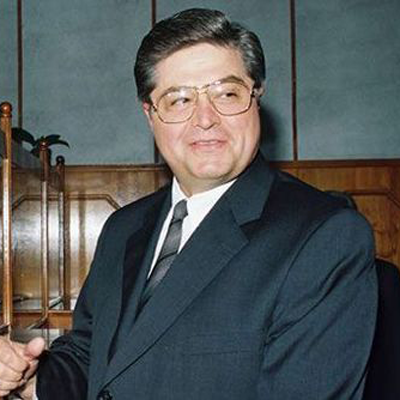 The documents show that on June 12, 1998, a BVI police detective named Graeme McDowell Smith acting for Ukrainian authorities received permission to search the Mossack Fonseca premises for companies, trusts or transactions related to Tymoshenko, then a member of Parliament (MP) and future prime minister; Lazarenko, a former prime minister who was then an MP; and a number of their associates.

The purpose of the search, the order said, was an investigation “in connection with fraud and misappropriation of funds.”

Smith was interested in a number of companies, two of which were linked to Zahoor. One of them, Metalsrussia Corp. Ltd., was founded by Zahoor in 1991, and later renamed ISTIL Group Inc.

South East Asia Metal Limited, the second of Zahoor’s companies searched that day, owns a majority stake in the Donetsk metallurgical plant, one of the oldest enterprises of southeastern Ukraine.

The investigators wanted to check whether Zahoor’s companies were used to wire dirty money to Lazarenko who was then serving as Prime Minister. This is according to Mykola Obykhod, who at that time was the deputy prosecutor general who investigated the case and asked BVI police to assist.

Neither Smith, Tymoshenko nor Lazarenko responded to OCCRP’s requests for comments.

Internal correspondence between Mossack Fonseca employees offers few details of the case, and includes a number of serious factual errors, such as referring to Lazarenko as the Prime Minister of Russia. The correspondence notes that Lazarenko “defrauded the Russian Government of $140 billion. He personally received $10 billion,” one letter said.

Splitting up the gas market

The case in question is a well-known, long-running fraud investigation involving United Energy Systems of Ukraine (UESU). During Lazarenko’s term as Prime Minister, UESU became the largest importer of natural gas to Ukraine with an annual turnover reaching $10 billion. The investigators were suspicious of the company’s rapid success and of its founders, Tymoshenko; her husband Oleksandr Tymoshenko; and their family friend, Olexander Gravets. Investigators suspected they were helped by Lazarenko.

When in 1998 Ukrainian investigators learned that Tymoshenko and Lazarenko actively used BVI companies, they looked at thousands of companies from BVI which they thought might have been connected, including Zahoor’s.

“Firstly there was a request (to check whether) we are supposedly a proxy company – whether Tymoshenko and Lazarenko own Metalsrussia,” recalled Zahoor, interviewed in his elegantly decorated office in downtown Kyiv on March 10.

“Then the second question was: “What are your relations with them?” But, we had no relations. … We have never worked with UESU, I mean they have never been our partners. There were some intermediaries, but not them,” he said.

Obykhod said Investigators found Zahoor played no part in the fraud and bribery related to the case and prosecutors declined to question him.

The internal correspondence of Mossack Fonseca likewise shows that the investigators quickly lost interest in Zahoor’s companies and an email dated Sept. 14, 1998, indicates that its BVI office had heard nothing further from the police regarding the case.

The investigators collected nearly 11,000 volumes of case-related documents, including hundreds of banking and financial documents, expert reports, audits and tax audits. But over the years, the case kept getting closed and re-opened, depending on the political situation in Ukraine, until its latest closure on Feb. 28, 2014.

In August 2006, a US court sentenced Lazarenko to 9 years in prison. An appeals court confirmed the sentence in 2009 and sentenced him to 97 months in prison, a $9 million fine and forfeiture of $22,851,000 for money laundering. His conviction was the result of six-year investigation by the FBI and IRS, which traced Lazarenko laundering $30 million he extorted as prime minister through accounts in Poland, Switzerland, Antigua and the US. The court also established that Lazarenko used a US shell company to conceal the purchase of a multimillion-dollar residence in Marin County, California. He was released in November 2012.

In October 2015, prosecutors might have again reopened the case. They notified Lazarenko’s lawyer that the recently released politician is suspected of committing fraud and abuse of office.