In January 2016, as the Kazakh economy was reeling from falling oil prices, its currency lost more than half its value. To meet the needs of the country’s social programs for the rest of the year, the government would need to use at least 12 percent of the National Fund, a hefty reserve fund of nearly US$ 62 billion earned from oil, gas and metals. 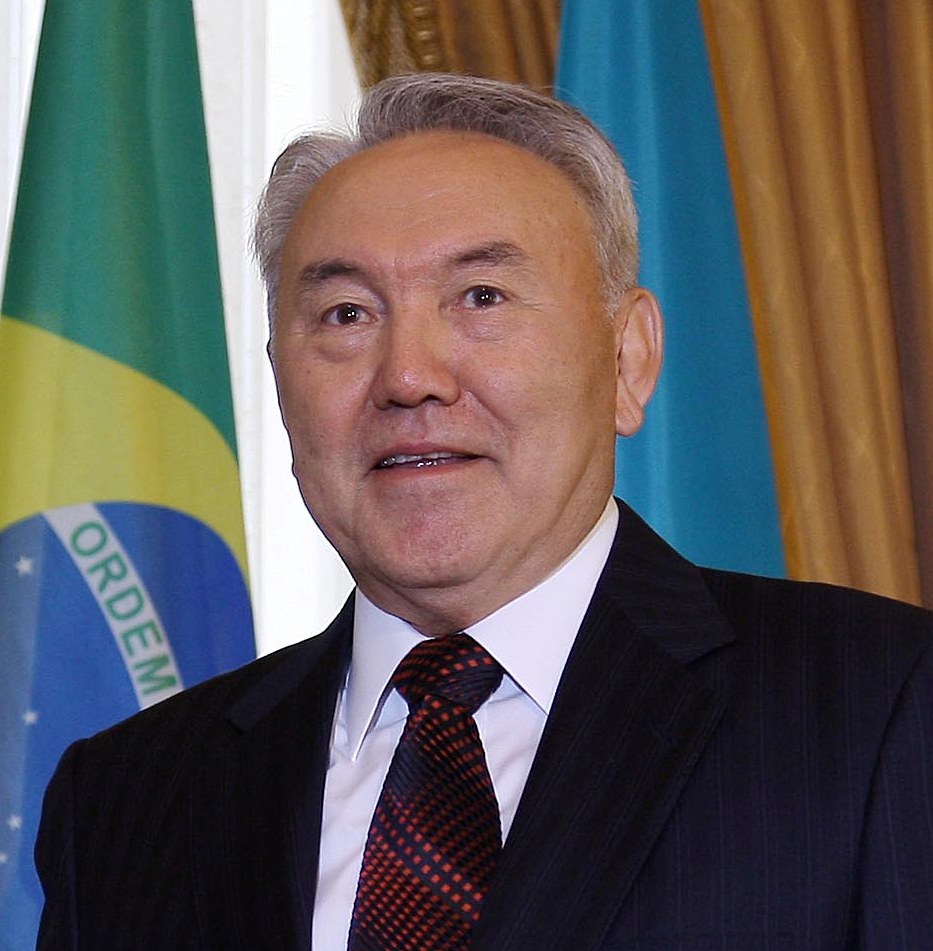 President-for-life Nursultan Nazarbayev, who has run this oil-rich country since 1989, appealed to the country’s rich and famous for help. Nazarbayev bluntly called on the rich to repatriate their money squirreled away in offshore accounts.

“We’ve raised many rich people: billionaires, millionaires. They are showing off; (their) pictures in Forbes… They look good, with makeup, well-groomed, well-dressed. But it is Kazakhstan that enabled you to earn all this money… Bring the money here. We’ll forgive you,” said Nazarbayev, noting that people couldn’t hide because his government had agreements to exchange financial information with most of the world’s countries.

In February, his eldest daughter Dariga Nazarbayeva, who is the country’s deputy prime minister, echoed her father and called on the Kazakhs to “have a conscience,” “pay taxes,” and “sleep well.”

However, documents obtained by OCCRP show that members of the Nazarbayev family were regular users of these same tax havens.

The documents, dubbed the Panama Papers, are internal records from an offshore companies’ registrar called Mossack Fonseca. They were received by the German publication Süddeutsche Zeitung and shared with colleagues from the International Consortium of Investigative Journalists (ICIJ) and the Organized Crime and Corruption Reporting Project (OCCRP).

The documents show that Nurali Aliyev, the president’s grandson and Dariga Nazarbayeva’s son, had no second thoughts or conscience when deciding where to keep his money or register his luxury possessions:

Aliyev owned two companies registered in the British Virgin Islands, one of the world’s least transparent offshore destinations, and used the offshores for operating a bank account and a luxury yacht.

Aliyev did not respond to joint OCCRP and ICIJ request for comments by the publication date. 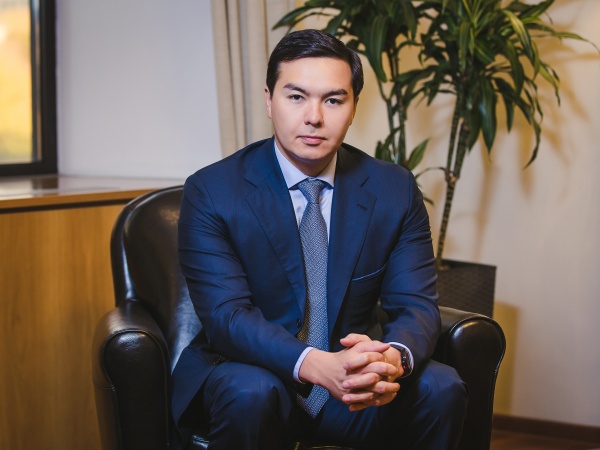 Nurali Aliyev, the grandson of the Kazakh president

Nazarbayev’s pointed “we’ve raised many rich people” speech could have easily been written for his grandson Nurali Aliyev, a man who has used his family’s wealth and political connections to succeed. According to his official biography, at the age of 19 in 2004 he became the president of Kazakhstan’s leading sugar producer, Sakharnyi Tsentr, which was widely reported to be owned by his father, Rakhat Aliyev.

Rakhat Aliyev, Nazarbayev’s son-in-law, was a major insider in Kazakhstan politics for years and filled many roles, including chief of Kazakhstan’s tax police, deputy chief of the state intelligence service, vice foreign minister and ambassador. At the same time, he indirectly owned or controlled companies in the media, banking and agriculture industries. 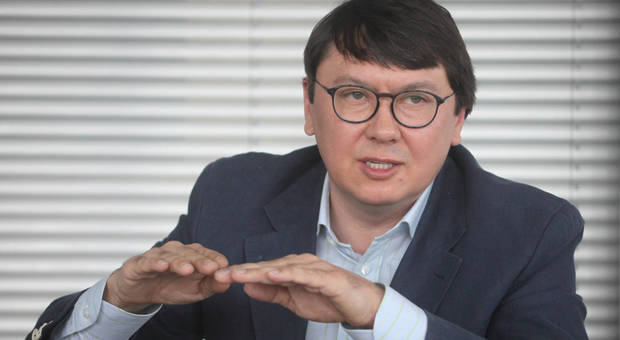 In its July 2015 report “Mystery on Baker Street,” London-based watchdog Global Witness described Rakhat Aliyev as allegedly having “used his position as the former deputy head of the country’s secret police to amass a vast business empire.”

But in 2007 he had a falling out with the president. He left the country and Kazakh authorities charged him with ordering the murder of Kazakh opposition leader, Altynbek Sarsenbayev, and two cases of kidnapping, charges that a US Department of State cable called personally sanctioned by the president. Aliyev claimed the charges were politically motivated because of his activities against the president. In February of 2015, Rakhat Aliyev was found hanged in an Austrian jail cell, where he was being held in pre-trail detention on murder charges.

Nurali Aliyev, however, had no such quarrel with his grandfather and eventually assumed his father’s wealth and standing. In 2006, he became deputy head of Nurbank, at the time one of the country’s largest banks, and in 2007 he and his mother became shareholders and Aliyev became head of Nurbank.

In December of 2008, on the eve of his 24th birthday, Nurali Aliyev became deputy chairman of the Development Bank of Kazakhstan, a state-owned financial institution, serving as an investment fund to help grow and modernize the non-energy sectors of the economy. It has a current loan portfolio exceeding US $ 4 billion.

And it didn’t take long for the Kazakh edition of Forbes magazine to feature Aliyev. In 2012, at age 27, the glossy international business magazine described his assets as encompassing “finance, agriculture, media, telecoms” and called him “the youngest multimillionaire of the country.”

A year later, Forbes estimated his fortune at US$ 200 million and ranked Aliyev the 32nd richest person in the country. But then, something changed.

Whether due to the shocking display of wealth by a state official or Nazarbayev getting annoyed by his grandson’s prominent position on such a list, Aliyev disappeared from the Forbes rankings of the richest after 2013 and never showed up again.

In December of 2014, Aliyev, then 29, had been appointed a deputy mayor of Astana, the nation’s capital.

He reportedly resigned from the deputy mayor’s job last month. As of March 28, after OCCRP called, his profile disappeared from the city officials’ section of the Astana office of the mayor’s website.

The Panama Papers show that on Sep. 15, 2014, a company called Alba International Holdings, registered in the British Virgin Islands (BVI), got a new owner.

Alba International was a “shelf company,” a company that does nothing after its creation, “sitting on a shelf” until it is needed. Shelf companies are typically created to save time when clients need to shift money or assets rapidly between a number of companies, or to allow an owner to appear to be a long-established business when applying for loans and credits or when seeking investors.

Alba’s new owner was another BVI company named Invigorate Group, about which nothing more is known. The Alba International file, however, includes information on its ultimate beneficial owner, the person who actually owns the company. From the name, date of birth and photo provided in the files, it is clearly Nazarbayev’s grandson.

The file describes Alba International’s activities simply as “holding a bank account in Cyprus,” another offshore tax haven. At about the same time, the Mossack Fonseca compliance department required an “enhanced due diligence process” for the company due to Aliyev’s job as a deputy mayor and the possibility of the existence of a conflict of interest.

Alba International is headed by 33-year-old Askar Tarabayev, a Kazakh native who, according to the filings, lives in Dubai where he serves as a legal representative of the Dubai-based KZ Capital General Trading LLC, which is engaged in wholesale and retail trade.

United Kingdom (UK) company records analyzed by OCCRP show that in 2013, Tarabayev served as a director in the UK-registered Finesse Executive Ltd. alongside Mukhamed-Ali Kurmanbayev, an officer in numerous UK and BVI companies controlled by Aliyev.

Tarabayev is the son of Baltash Tarabayev, the former deputy chairman of the state-owned Agrarian Credit Corporation, which issues subsidized loans to Kazakh agribusinesses.

In April, 2011, Baltash Tarabayev was arrested and charged with “fraud, deception, abuse of trust and abuse of office” for allegedly extorting an agriculture company that was seeking a US$ 850,000 loan by forcing it to give him an apartment worth nearly US$ 170,000. The court sentenced him to a five-year suspended sentence. An appeals court later reversed the suspension, meaning Baltash Tarabayev would have to serve the five years, but the Supreme Court agreed to review that decision because Tarabayev returned the money to the firm.

Since November 2012, the elder Tarabayev is listed as an associate professor in one of the local agricultural universities, which praised him for his “life-long achievements, scientific work and education.”

Another notable transaction that Nazarbayev’s grandson seems to have tried to shield from public scrutiny is the purchase of a luxury yacht.

On April 9, 2008, Baltimore Alliance Inc., a three-month-old BVI company, bought a 23-meter-long motor yacht described as Astondoa A-76- via a loan. The yacht appears to have been new, as it was built by Astilleros Astondoa S.A., Spain, in 2008. Though the price was not mentioned in the original bill of sale, an identical used yacht sells for about US$ 1.8 million.  The Mossack Fonseca documents show that Aliyev picked the name himself: Nomad.

The yacht was registered with the BVI Registrar of Ships on June 11, 2008. On the same day, Aliyev’s name was entered into the register of shareholders, with the request submitted by Kurmanbayev, who appears regularly in Aliyev-linked offshore companies.

Yet it looks like Aliyev never got to enjoy his new toy.

On Nov. 20, 2008, the Valencia-based company OPTI Thermal hired Worldwide Shipping Ltd. to transport Nomad from the Italian port of Genoa to Jebel Ali in the United Arab Emirates via the cargo ship Emilie K registered in the tiny Caribbean nation of Antigua and Barbuda.

But due to bad weather, the yacht’s cradle collapsed and the lashing broke, causing Nomad to slip on its starboard side, which badly damaged the boat. The captain of the Emilie-K had to stop at the Italian port of Civitavecchia near Rome. He tried to contact the shipping company for further instructions but got no response in 17 days, so he offloaded the boat in the Italian port.

Worldwide Shipping estimated the damages at nearly US$ 355,000 plus additional daily storage fees and filed a petition against Baltimore Alliance asking that the Nomad be held until all money was settled (called a conservative arrest in shipping parlance). According to the petition, the Nomad was insured for € 2 million (US$ 2.26 million). The seizure was supported by the court, but then revoked after Baltimore Alliance appealed the move.

While the court case against the Baltimore Alliance was developing, Aliyev decided to unload his shares in the company. On Feb. 11, 2009, he transferred his 1,000 shares to yet another BVI-registered company, Schneider System Ltd. On the same date, the rest of the shares, 10,111, were transferred to Greatex Trade and Invest Corp., yet one more BVI company.

According to Global Witness’ Mystery on Baker Street report, Greatex Trade and Invest Corp. held other companies that controlled and managed a £ 147-million (US $212 million) London property empire that is connected to Nurali Aliyev through Kurmanbayev who appears with him on other companies including Baltimore Alliance Inc.

A possible explanation for the move could be that around the same time, Aliyev assumed the official state job at the Development Bank of Kazakhstan and may have sought to keep his name from coming out in a lawsuit regarding the yacht.

In 2011, Aliyev decided to sell the damaged yacht.

On July 25, 2011, Greatex Trade and Invest Corp., represented by its director, G Wealth Management Ltd., sold Baltimore Alliance Inc., including the Nomad boat, back to the yacht manufacturer Astilleros Astondoa S.A for “One pound and other considerations, free of any debts, charges, liens, mortgages.”

According to the Deed of Assignment, Greatex Trade and Invest Corp. was the only shareholder and ultimate beneficiary of Baltimore Alliance Inc.

It is not clear if the sale was done as part of a trade-in for a new yacht. 