by Ivan Angelovski and Lawrence Marzouk
Tweet this Share this on Facebook DONATE
Above: Weapons and ammunition seized from the Pentagon-backed Syrian Democratic Forces by the Sham Legion, a unit of the Free Syrian Army. Credit: Twitter

To appease Turkey, an ally and NATO member, former US President Barack Obama repeatedly vowed not to arm Kurdish units in Syria. But last August, the People’s Protection Units (YPG) – a Kurdish militia that Turkey considers a terrorist group – was discovered with Serbian mortar shells very likely bought by the Pentagon. 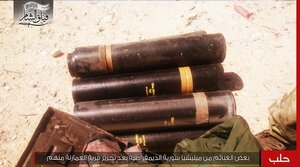 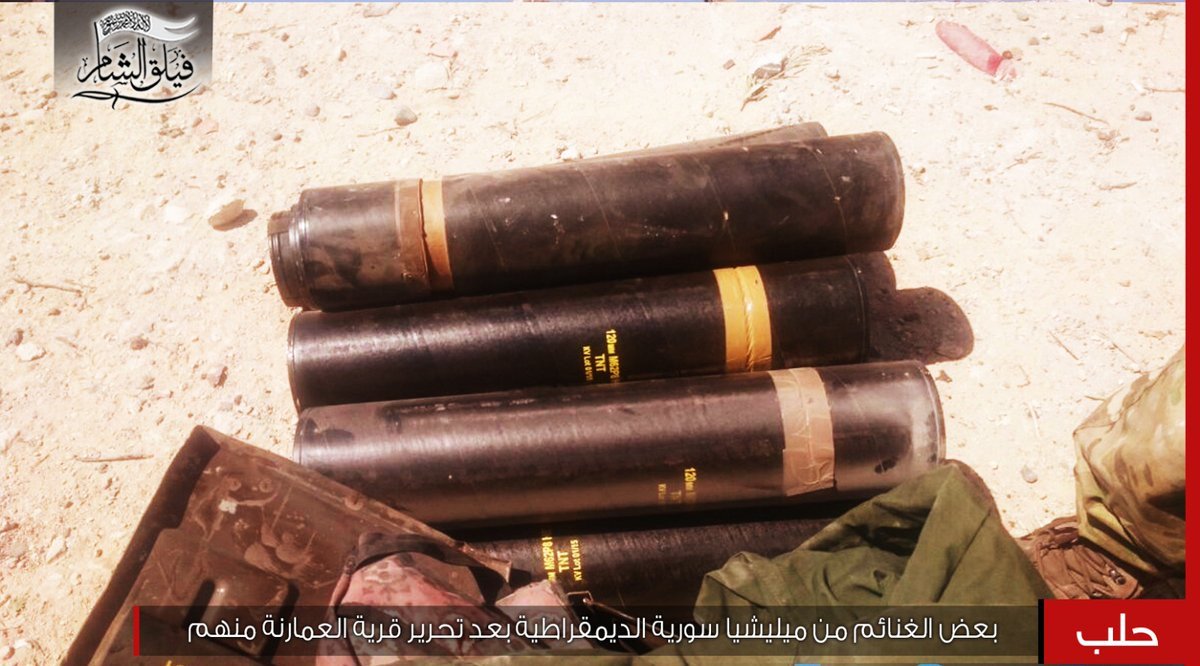 Credit: Twitter Mortar shell casings -- with imprints of a lot number indicating their origin in Serbia's Krusik factory -- seized from Kurdish fighters with the Pentagon-backed Syrian Democratic Forces. This photo was posted on Twitter in August 2016 by the Sham Legion, a unit of the Free Syrian Army.

The weapons were discovered following a battle in which a Turkish-backed rebel group called Sham Legion defeated the Kurdish YPG unit in northern Syria near the Turkish border. Among the piles of confiscated Kalashnikovs and ammunition of unknown origin were several packages of Serbian 120mm mortar shells, according to photographs posted by the group on social media.

The shells, clearly marked with the lot number “KV 01/2015,” the first batch produced in 2015 by the state-owned Krusik ammunition factory in Valjevo, Serbia and delivered to the Pentagon’s secretive Special Operations Command (SOCOM), according to an investigation by the Balkan Investigative Reporting Network (BIRN) and the Organized Crime and Corruption Reporting Project (OCCRP).

They were part of a package of nearly 8,000 shells that were delivered to a US base in Kuwait known to be used by the Pentagon to arm US-backed Syrian and Iraqi forces.

It is not clear how the shells made their way to the YPG. But their convoluted path from Serbia to Kuwait and eventually to Syria highlights the complexity of the $2.2 billion supply line which fuels the ongoing war – and of the challenge of preventing weapons from ending up in the wrong hands.

A total of 8,860 shells were produced as part of lot “KV 01/2015.” According to the Krusik factory and the Serbian Ministry of Trade, a small portion of this lot was exported to Cameroon and Saudi Arabia, neither of which would have passed them on to the YPG or its allies.

Credit: Twitter Serbian mortar shells and ammunition seized from Kurdish fighters with the Pentagon-backed Syrian Democratic Forces. This photo was posted on Twitter in August 2016 by the Sham Legion, a unit of the Free Syrian Army.

But 7,988 of the shells – divided into three contracts – were sold to Yugoimport, Serbia’s state-owned arms broker.

While Krusik didn’t name the ultimate buyer of this largest batch, the Serbian Ministry of Trade, which issues export licenses, confirmed that the US base in Kuwait was the third destination of the shells produced in the KV 01/2015 lot.

The full chain of sub-contractors which made this delivery is unknown. But leaked documents from Silk Way Airlines, an Azerbaijani carrier, reveal the path that one of the three Yugoimport contracts likely took.

A set of flight clearance documents leaked from the Azerbaijani embassy in Bulgaria, which issued the paperwork for the flights, show that 4,000 shells were sold to Chemring Military Products, a US offshoot of a British defense giant, which then sold them on to UDC USA, a small contractor for the Pentagon’s Train and Equip Program. This firm shipped them on to Kuwait. The end-user certificate used for this shipment is similar to others known to be issued by SOCOM to route weapons to Syrian rebels.

In May 2017, President Donald Trump signed a resolution allowing the US to supply Kurdish units with Soviet-style weapons. Under Obama, only Syrian Arab Coalition and Turkmen units of the Syrian Democratic Forces officially received munitions. But the discovery of Serbian mortars among a YPG stash implies the possibility that, in fact, the Kurds had been getting US-purchased weapons long before that.

Correction, Sept. 21, 2017: The story was updated to insert the correct photo of seized Serbian mortar shells and ammunition.