When Italian financial police wiretapped a group of would-be cigarette smugglers, they kept picking up references to a mysterious man who seemed to be working with them.

The man, variously referred to in the 2016 police transcripts as “Raduan” or “Radwan,” was mentioned as someone who could help them with “the items” and deal with paperwork. At the time, they were preparing to pull off a smuggling scam that involved moving a shipping container from Italy to Libya.

The Guardia di Finanza never identified the mystery man, even though they briefly recorded him speaking with one of the alleged smugglers. But reporters managed to track him down starting with clues from the wiretaps.

They finally reached Rodwan Omar Ahmed Elmagrebi on the phone at his office, which happened to be next door to the warehouse in Naples where the contraband cigarettes had been stored. 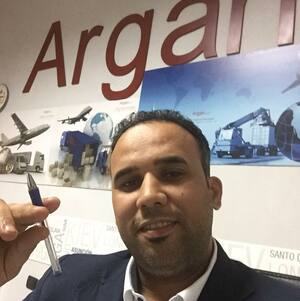 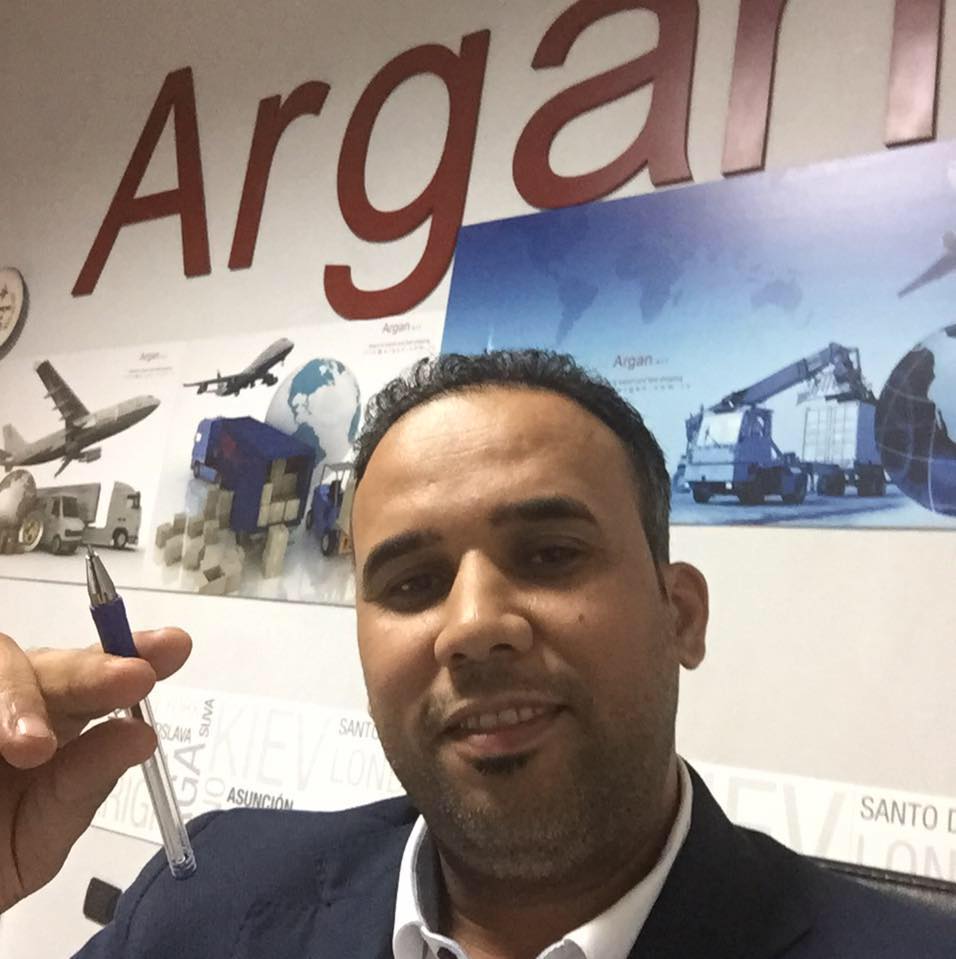 Elmagrebi denied any role in the plot to smuggle the smokes, which had been manufactured in a Romanian factory owned by a subsidiary of the state-owned China National Tobacco Corporation.

In fact, he said, his Muslim beliefs prevented him from even smoking a cigarette, much less moving a shipment.

“My company has never transported even one pack of cigarettes,” he said. “Not one packet! Not even one in my suitcase for someone who asked me for a gift. I’d buy you chocolate or something else instead, but not a cigarette.”

Reporters found Elmagrebi by following a trail of clues dropped by Raffaele Truglio, who was caught on tape frequently boasting that his Libyan friend “Radwan” or “Raduan” — as police transcribed it — had high-level connections and “introduced us to many, many politicians.” Truglio even compared his friend’s stature to that of former Italian Premier Silvio Berlusconi.

In the wiretapped conversations, Truglio had briefly mentioned that he owned a company in Romania.

An exhaustive search of the Romanian company register turned up a transport firm that echoed Truglio’s first name and listed him as owner. Raffael Logistica Trasporti was based in Călărași, a town 100 km east of the Romanian capital, Bucharest.

There was one other company registered at the same address — and it was owned by a Libyan national named Rodwan Elmagrebi.

The building doesn’t look much like a corporate headquarters. On the day a reporter visited, the dirty apartment complex was ripe with smells of garbage and mold. 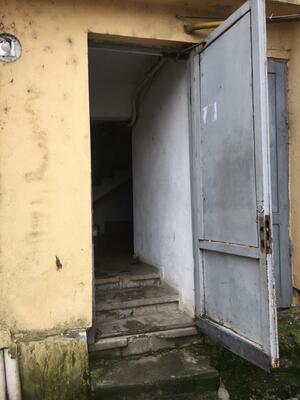 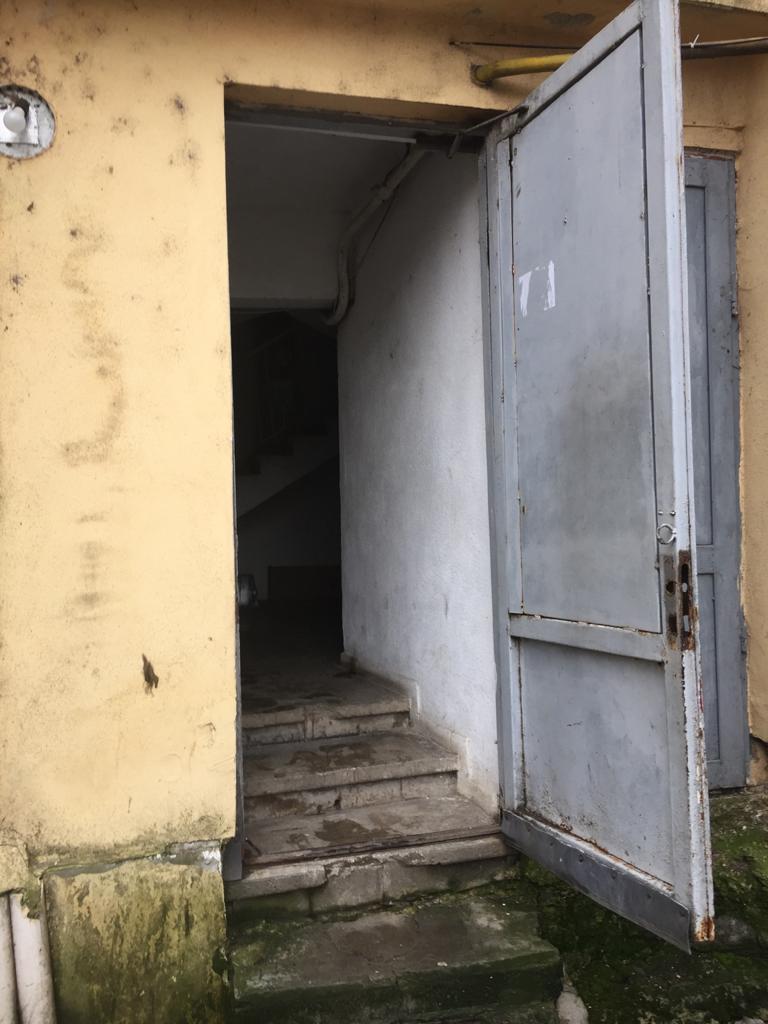 The owner of the apartment where the company was registered turned out to be a Romanian who had worked for Truglio as a truck driver in the early 2000s.

The man said that Truglio and Elmagrebi appeared on his doorstep in 2015 and asked to stay for a while. While there, they set up a company. He said he had no idea his guests were doing anything wrong.

“I never saw anything dubious about him. I am surprised about what you are telling me — if he had connections to criminals,” he said of Truglio. “I consider him like my own father.”

The former driver said he didn’t know much about Truglio’s Libyan partner.

“Rodwan came along with Truglio and made the company,” the man added. “Rodwan said he was bringing the goods from Libya. Like a transportation company, logistics.”

That Romanian company was just a sideline to Elmagrebi’s main business: a transport firm specializing in sea routes from Italy to Libya. The headquarters of his Blue Lines SRL, as well as another firm he owns, Argan Logistics, sit next to the same warehouse in Naples that Truglio used to store the smuggled cigarettes.

Truglio was right that his friend had high-level connections.

Elmagrebi’s Facebook profile shows him meeting in December 2020 with Libya’s current ambassador to Italy “to discuss some of the problems of shipping from Italian ports to Libyan ports.” His posts have also been shared by Italy’s former ambassador to Libya, Giuseppe Perrone, currently serving as the ambassador to Iran.

(Asked about his relationship with Elmagrebi, Perrone said he did not know him and had only shared the post because it related to “a little girl of Libyan citizenship suffering from a serious disease that was cured in Italy.”) 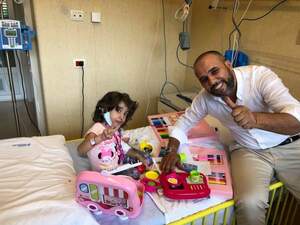 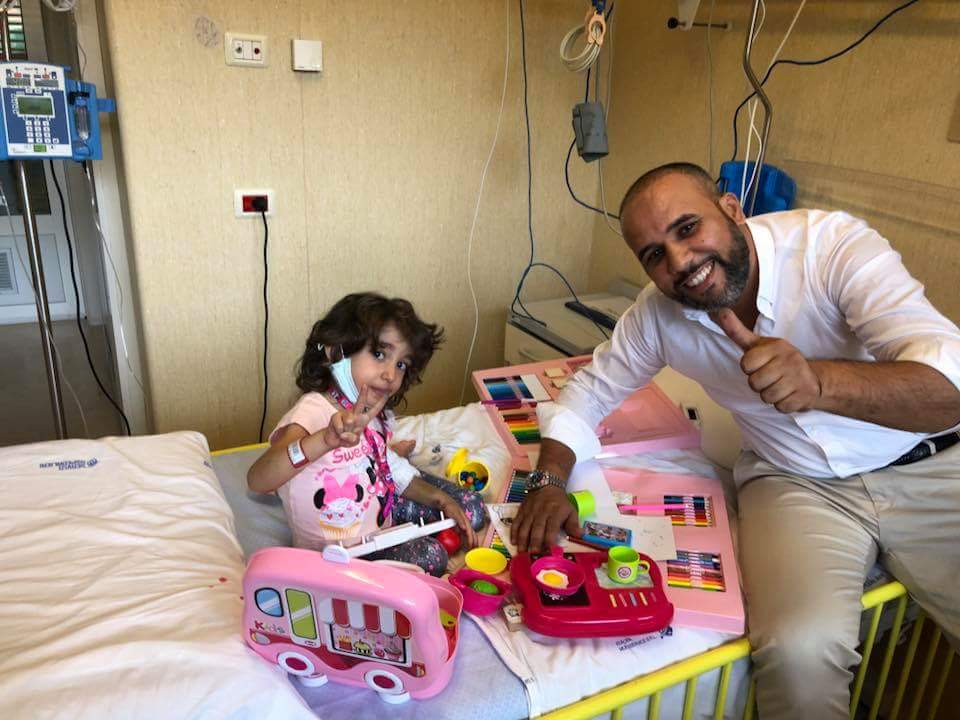 On his Facebook page, Elmagrebi also advertises Blue Lines’ schedule of departures to the Libyan port of Khoms, and posts photographs of vessels he can help customers book passage on. 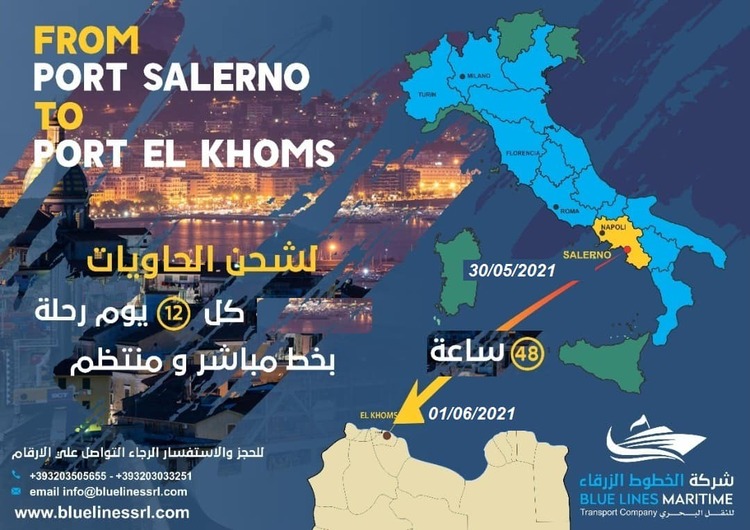 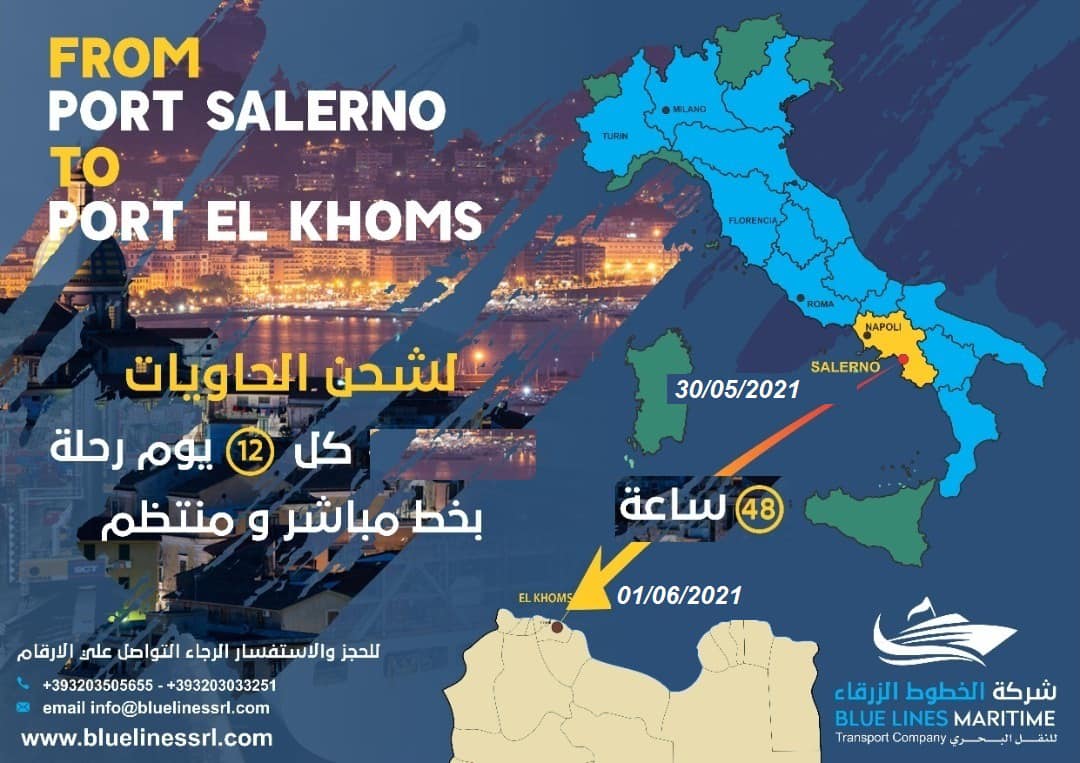 One of them is the Zeran — the same ship, owned by Messina Line, the smugglers used to send their fake container of cigarettes to Libya.

On the phone, Elmagrebi touted the success of Blue Lines — “90 percent of the shipping between Italy and Libya goes through us,” he said — but stressed that his cargo did not include contraband cigarettes.

Elmagrebi also denied owning a company in Romania. But he waxed warmly about his friend, Truglio, who is now in jail awaiting the second stage of his trial for his alleged role in the cigarette smuggling scam.

Elmagrebi added that Truglio’s son had called him the previous week to ask a favor: a job for his father upon release.

“I told him that if he wants to come and work at my place in the morning, I will accept him if the judges give him permission,” said Elmagrebi. “Because I’ll tell you the truth, I came here to Italy in 2011 after the war and he treated me like a son. I have never seen Truglio do anything wrong.”