A string of tragic events unravelled Edelberto Bersch’s life, and sent his family spiraling into debt and despair –– an all too common situation among Brazilian tobacco farmers, who also struggle with endemic pesticide and nicotine poisoning.

He was already in debt after borrowing money to buy land in São Lourenço do Sul, in Brazil’s tobacco-growing south, where he farms under contract for China Brasil Tobacco (CBT). Then Bersch’s crops were hit by disease and drought, making it even harder to pay off loans he had taken in the years before signing up with CBT.

In 2011, his daughter learned she had skin cancer, and the family had to scrounge up funds to cover treatment. She died in 2013 at age 23.

“We spent what we had and didn’t have,” said Bersch, 54. “You know, the money goes and then you don’t recover. After the person dies, the debt stays.” 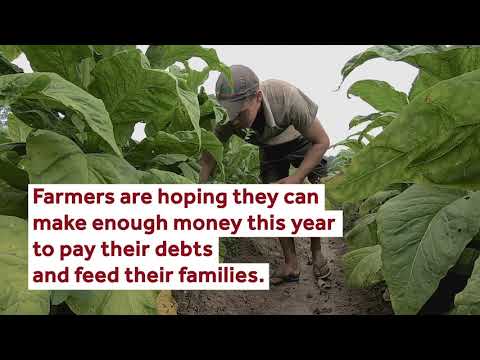 Debt is not the only factor that can lead farmers to desperation. Growing tobacco is hazardous work and studies show it has serious health effects, including depression and suicidal thoughts.

A 2014 study by Braziilan researchers published in the journal NeuroToxicology found higher suicide rates in regions where agricultural pesticides were commonly used. Tobacco growers have an even higher risk because they are also exposed to nicotine poisoning, known as “green leaf disease,” which can cause physical symptoms like vomiting and dizziness as well as depression.

“The data maintain that both poisoning from pesticides and green tobacco leaf are associated with suicidal ideas and mental disorders,” said Neice Muller Xavier Faria, who was among a team of epidemiologists who carried out research on tobacco plantations in Lourenço do Sul.

Although the tobacco industry rejects this association, there are grim statistics to back it up.

While the national average suicide rate was six per 100,000 people, the tobacco-growing state of Rio Grande do Sul saw double that number in 2019, the most recent year for which data was available. In Venâncio Aires municipality, where CBT has its headquarters, there were 37 suicides per 100,000 people.

In the community of São Lourenço do Sul, the year 2020 ended with seven suicides, making the figure 16 out of 100,000 residents. That alarmed the health authorities, who created a prevention protocol, which included initiatives like making communities leaders more aware of the risk. 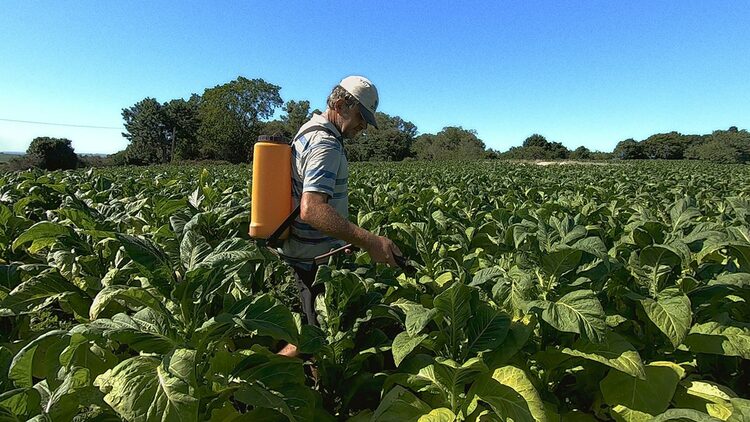 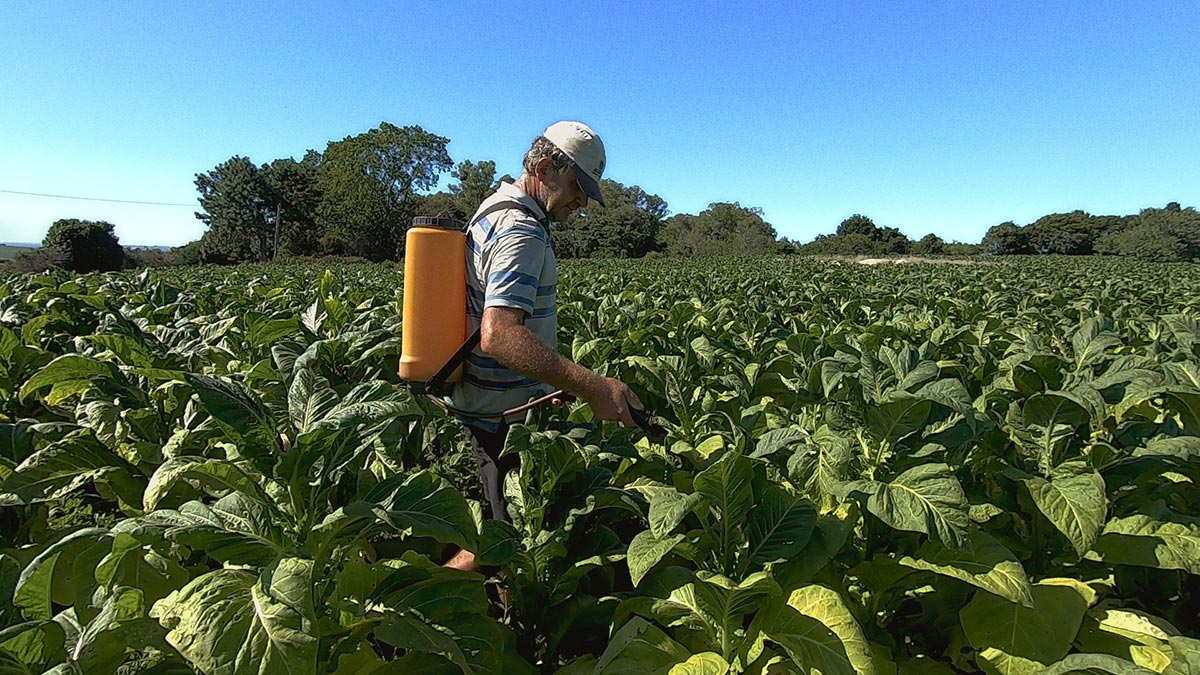 But this year is off to an even worse start: There had already been seven suicides among tobacco farmers by April.

In contracts with farmers, tobacco companies warn of the risks of exposure to nicotine. “The PRODUCER declares that he is expressly aware that it is his sole responsibility to prevent the occurrence of the ‘green tobacco disease,’ which is why he is obligated to take the appropriate measures to prevent the occurence of the disease….” reads a standard contract.

Companies are required to sell farmers protective equipment at cost. But farmers say it’s difficult to work while wearing gloves and coveralls that bake during summer harvest season, despite the risks.

The work can take a serious toll, psychologically.

“We have many cases of depression. We have cases of young people, whole families - father, mother, and children with depression,” said Guerda Maria Kuhn Klumb, a nurse who works in public health surveillance in São Lourenço do Sul. 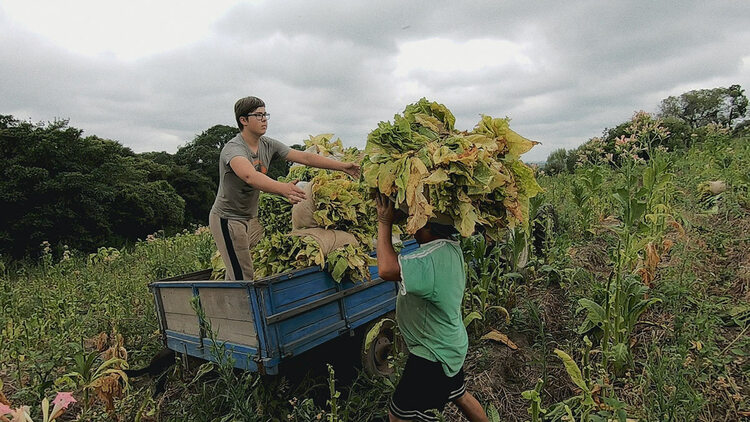 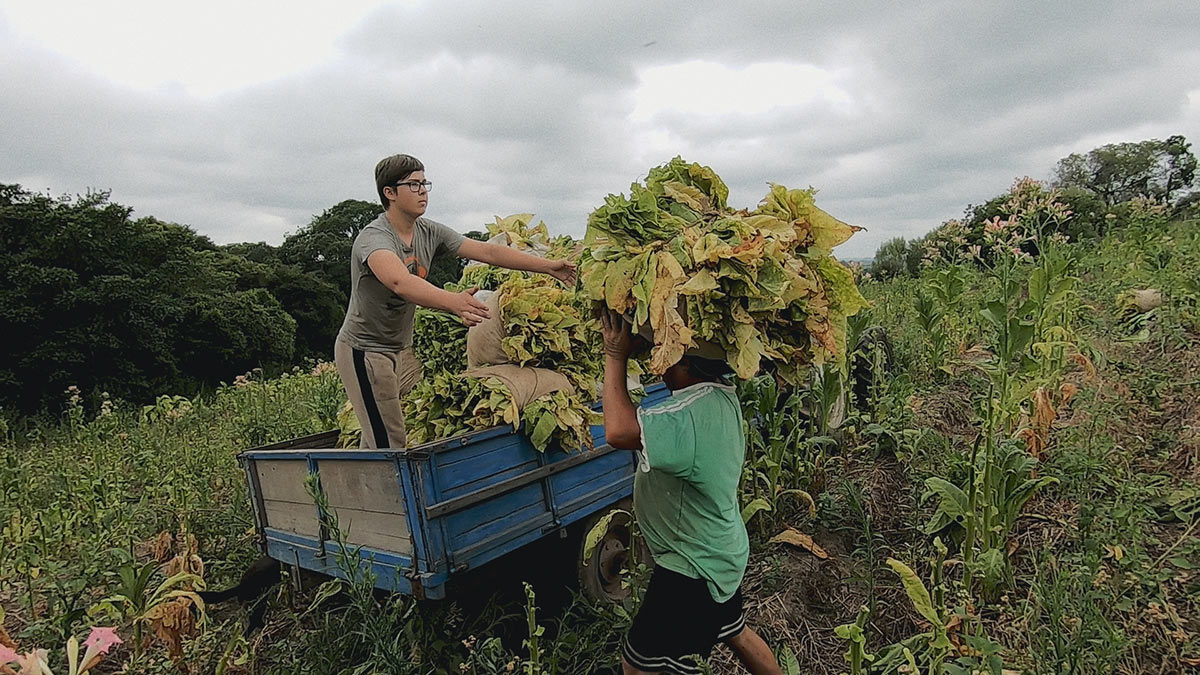 Like other companies in Brazil, CBT uses the “integrated tobacco production system.” Farmers working in the system are contracted to sell their crop to a specific company, which may provide them loans as well as inputs like fertilizers that they pay for later.

Some farmers showed contracts they had signed with CBT, which guaranteed bank loans on their behalf. If the farmer were to default, CBT would be responsible for paying the balance and recouping the cost from them, including taking fees and penalties.

Ricardo Jackisch, a director of CBT, noted that the contracts his company signs with tobacco growers are regulated according to Brazilian law.

“Members are commercial partners, free to contract with the company that suits them, as well as cultivating what is in their interest,” he said in an email.

None of the farmers interviewed were heavily indebted to CBT, which is a joint venture between the Brazilian subsidiaries of state-owned China Tobacco and U.S.-based Pyxus International Inc.

But lawyer Mateus Ferrari explained how the system can sometimes turn into a debt trap.

“Companies provide annual production financing, and it is common for debts to remain after the harvest is delivered,” said Ferrari, who has represented dozens of farmers in lawsuits against tobacco companies.

“Year by year the debt increases, so that new contracts are signed along with documents relating to previous debts,” he said. “When it reaches high values, above the farmer’s capacity, they are sent for collection.”

The judge may order farmers to turn over their entire crop to a company in lieu of unpaid debts, leaving impoverished families with no way to make an income and put food on the table. 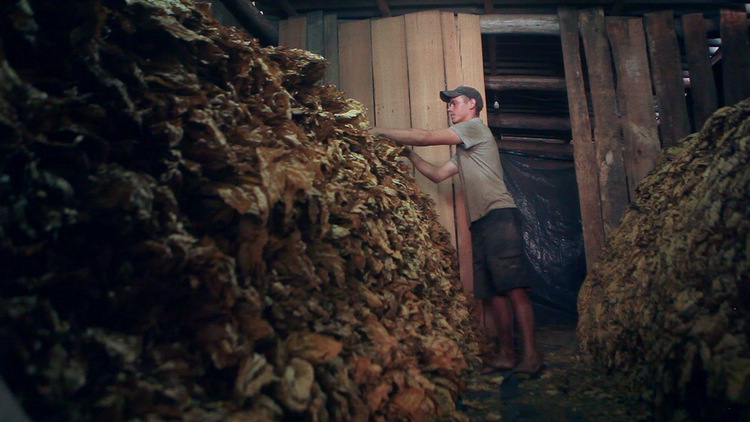 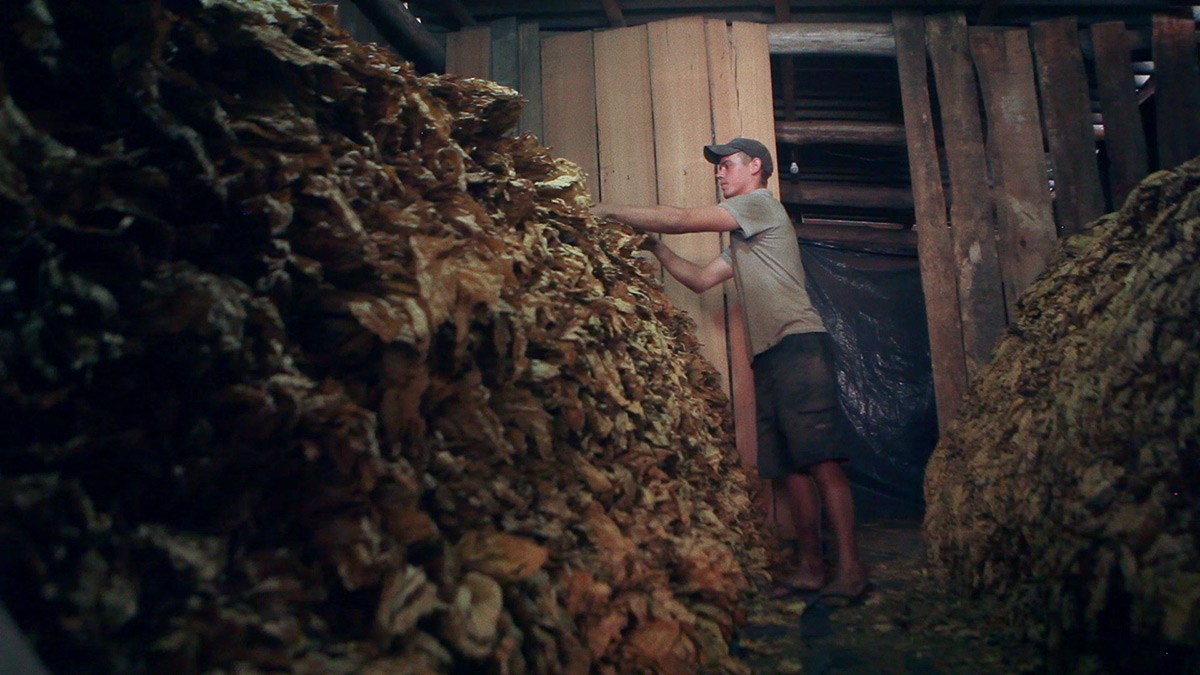 The Intercept reported on the tragic death of one farmer who had been selling tobacco for 25 years to Alliance One Brasil Exportadora de Tabacos, the Brazilian subsidiary of Pyxus that partnered with China Tobacco to form CBT.

The 61-year-old farmer killed herself after a judge ordered her to give up her crop. Police sent to enforce the order continued to carry bales of tobacco out of her shed after finding her hanging from the rafters.

Bersch said his debts had grown “like a snowball” over the years. But he was determined to keep working, along with his wife and son-in-law, while his daughter takes care of her two-year-old boy.

“You have to fight,” said Bersch, but added that he hoped for something different for his grandson. “We were born into this. But there is better work, yes there is.”