In Uralsk, a historic border town in northwestern Kazakhstan and a key checkpoint on the way to Russia, trucks with Kyrgyz license plates form a permanent bottleneck as they await inspection, sometimes for weeks.

The drivers know that if a customs official can’t find their licenses or shipping documents in the database, they’ll be forced to drive the 2,500 kilometers back to Bishkek, the capital of Kyrgyzstan.

“There have been a lot of cases when they don’t see the cargo in the system, in the common database, and just send us back home,” said Talantbek Matkerim Uulu, a representative of the Kyrgyz Chamber of Commerce who works with companies that export everything from dairy products to cotton.

The delay is a costly inconvenience, especially for those carrying perishables, and appears to impact only Kyrgyz trucks, Matkerim Uulu told OCCRP.

The problem was supposed to have been solved: The country’s membership in the Eurasian Economic Union ⁠— with Russia, Kazakhstan, and Belarus ⁠— was meant to end such logjams. When Kyrgyzstan joined the common economic zone in 2015, Russia gave its impoverished partner US$200 million in grants to update the country’s underdeveloped inspection, customs, and information infrastructure.

Almost $12 million went to Kyrgyzstan’s transportation and communication ministry, which was to develop a data exchange system to connect 68 state agencies and enable them to communicate with their counterparts in the economic union via a common database. The system would track licenses and sanitation inspections, facilitating the smooth shipment of goods to neighboring countries.

But more than four years later, all Kyrgyzstan has to show for the effort is an ineffective customs database, several scathing investigations of the procurement process, and languishing criminal cases against the official in charge, Ernis Mamyrkanov. The one-time deputy minister of transportation and communication fled Kyrgyzstan following allegations of misspending and irregularities in the purchasing contracts.

Mamyrkanov did not respond to multiple requests for comment. The prosecutor general’s office confirmed that two cases against Mamyrkanov were suspended because he could not be located. 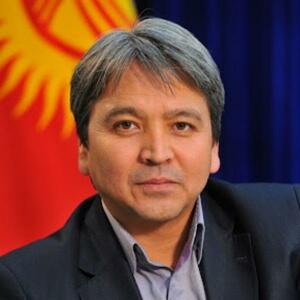 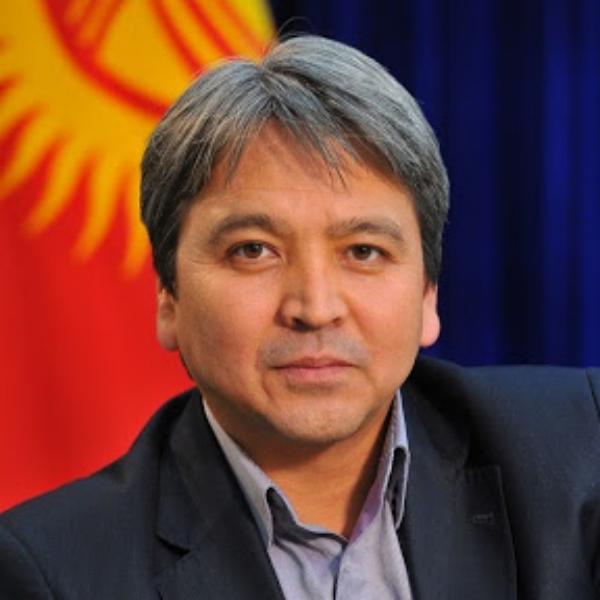 Mamyrkanov previously worked in journalism, and once advised the government on implementing a nationwide digital television system that missed its planned launch date by two years.

He was tapped to oversee the ambitious IT project to set up the common customs database only six months after his ministerial appointment. In describing the initiative to reporters in October 2015, Mamyrkanov said the system would be up and running by mid-2016.

“There will be a full-fledged electronic system of interaction corresponding both to the requirements of the Eurasian Economic Union and the national purposes of creating an electronic government system,” he said.

What Mamyrkanov didn’t tell reporters was that an internal government investigation three months earlier had concluded that his procurement decisions “threatened the project’s realization.”

The August 2015 report by a government working group ⁠— made up of officials from the domestic intelligence service, the office of digitalization, and economic and transportation ministries ⁠— outlined Mamyrkanov’s flouting of procedures and regulations, and raised numerous red flags about the process.

According to the investigation, the deputy minister had personally signed some $9.3 million in contracts, in some cases eschewing the required competitive tender process by citing the sensitive nature of the project.

The working group didn’t buy the explanation, noting in the report that no sensitive data would be transferred through the planned information system. “It should be noted that at this time the transfer of secret information through national segments of the integrated system is not expected by any country in the [Eurasian Economic Union],” they wrote.

The group also hired an auditor to review the prices of the equipment Mamyrkanov purchased. The details were not made public, but the internal report concluded that the contracts were inflated by approximately 20 percent, according to a government source, who asked to remain anonymous because he was not authorized to discuss the investigation. 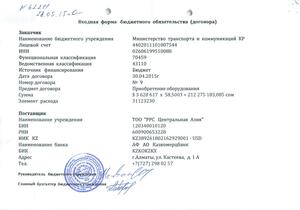 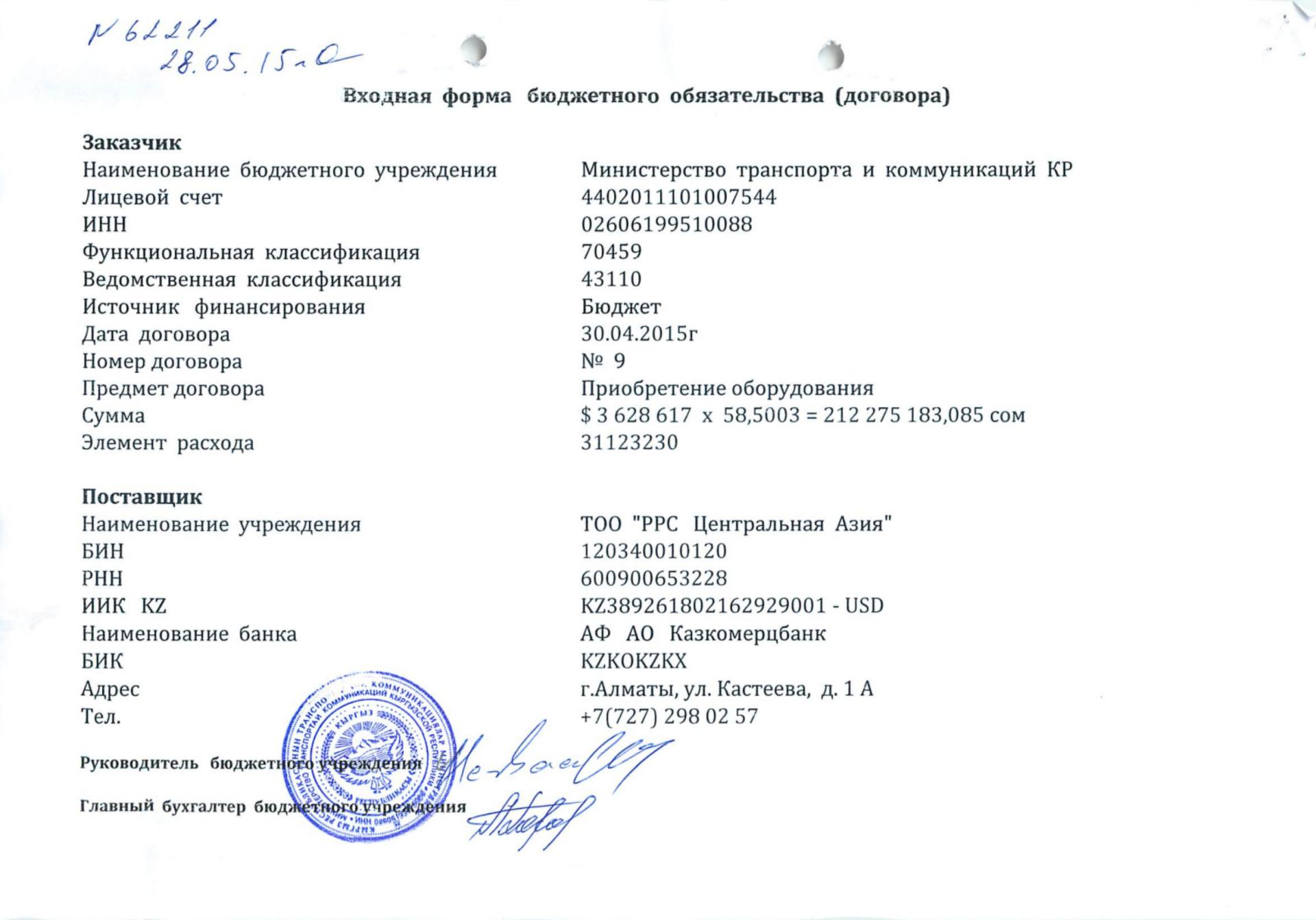 Credit: OCCRP RRC Central Asia was the largest beneficiary of the 12 companies contracted by Mamyrkanov. This document shows that it was paid $3.6 million for IT equipment that turned out to be unusable in Kyrgyzstan.

Inflated pricing was not the only threat to the project’s implementation. The investigation found significant problems with the technological specifications of the purchased equipment.

For example, Mamyrkanov ordered equipment from a company called RRC Central Asia, which provided hardware with encryption that was specific to neighboring Kazakhstan and not authorized in Kyrgyzstan, making it unusable.

An internal memo drafted in 2016 by the Committee on Information and Communications, a new agency that would take over the project, noted that Mamyrkanov personally signed for the equipment. Transcom, the state-owned information communications technology enterprise that would implement the next phase of the project, refused to accept the equipment, which further delayed implementation of the system, according to the agency memo.

In total, Mamyrkanov signed contracts with 12 companies. Of the five companies that received the largest sums of money, two have opaque ownership structures in offshore destinations, another two are referenced in criminal cases announced by Kyrgyzstan’s general prosecutor, and one is reportedly owned by a relative of a high-ranking official.

The largest beneficiary was RRC Central Asia, whose branch in Kazakhstan received $3.6 million to send unusable equipment to Kyrgyzstan. It is owned in part by a chain of shell companies that lead to Cyprus and the British Virgin Islands, and two Russian IT investors. The government investigation determined that RRC Central Asia was overpaid by $1.2 million, according to a government source and OCCRP’s analysis of the contracts. The company did not respond to multiple requests for comment.

Ultra-X, which Mamyrkanov contracted to deliver $2.2 million in IT equipment, was owned by a company called Investcom, which was in turn owned by Harwich Commerce Limited and Kenneth Trade Corp., both of which were registered in the British Virgin Islands by a Russian consulting firm. Kenneth Trade Corp. was incorporated in 2001 under bearer-share ownership, meaning the company is owned by anyone in possession of the certificate, which makes it impossible to determine the true owner. 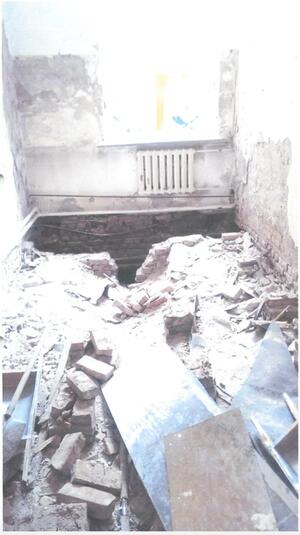 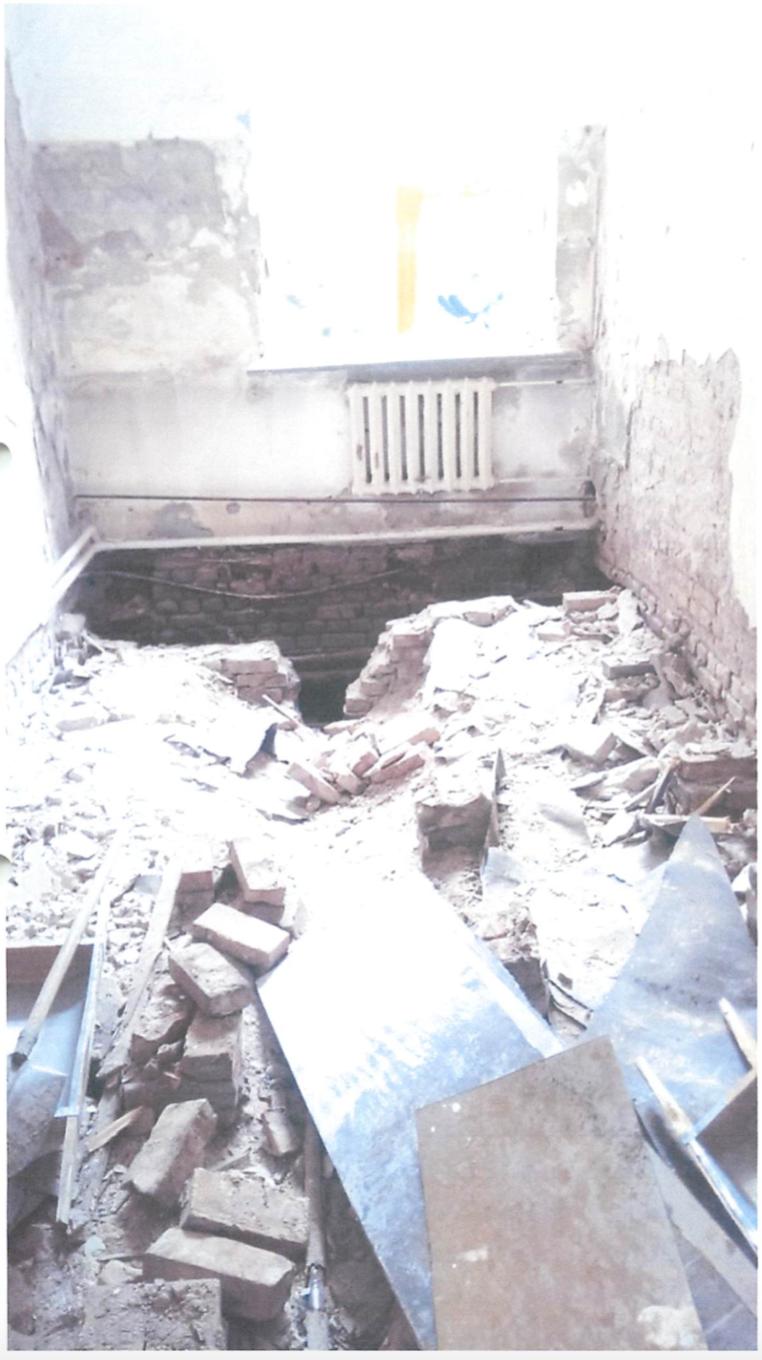 Credit: OCCRP A photograph of a room where Eurasia Telecom proposed storing government IT equipment, included in its renovation proposal.

Ultra-X was overpaid by $300,000, according to the audit. A company manager who initially answered a reporter’s call did not respond to multiple emailed requests for comment.

Inter Alliance Ltd., owned by Kyrgyz businessman Kubanychbek Sheiitov, received four contracts in one day, totalling $1.7 million, to deliver servers and software. A criminal claim filed by the general prosecutor’s office in 2017 alleges the contracts were inflated by $250,000. Sheiitov did not respond to multiple requests for comment.

Eurasia Telecom Group was registered in Kyrgyzstan just two weeks before receiving a contract worth $263,592 to deliver IT equipment and renovate a government-owned building where the equipment would be stored. The general prosecutor’s office later concluded that the renovation contract was overpriced and that Farhad Gadeev, the man who registered the company, was a fraudster.

In another case, the general prosecutor alleged that the contract with Eurasia Telecom was also overpriced by almost 80 percent. According to a government memo, Mamyrkanov had planned to pay Eurasia Telecom $190,400 more to run the portal that would connect Kyrgyzstan with the customs union database, despite a government decree indicating that it should be handled by state-run Transcom.

Gadeev denied any wrongdoing and suggested he had been unfairly targeted. He did not respond to specific questions.

Another Kyrgyz company, Ermex Group, which has not been accused of wrongdoing, received a $727,700 contract from Mamyrkanov to provide servers, computers, software and support for the customs database. When reached for comment, owner Ermek Niyazov, whose uncle was reportedly the head of the president’s administration at the time, said he won the contract through a tender process. He offered to share supporting evidence, but never delivered it.

Missed Deadlines All Around

In July 2016, the Kyrgyz government was restructured, putting the Committee on Information and Communications in charge of the information systems project. Mamyrkanov resigned the following month, almost two years into his public service career.

By November, authorities announced their first criminal cases against Mamyrkanov, accusing him of “abuse of official authority” and awarding state procurement contracts “against the interests of the Kyrgyz Republic.” Other cases followed.

Prosecutors also mentioned a Russian company, Sigma, which was contracted to create software for the customs system’s sanitation inspections. Sigma representative Aleksandr Staroskolsky, who took the transportation ministry to court for non-payment of services, told OCCRP he wanted to expose the project management’s “total incompetence.”

“I can tell you that the quality of the government’s operation in Kyrgyzstan is very substandard,” Staroskolsky said. “The lack of qualifications is only magnified by the total absence of discipline.”

Despite accusations of mismanagement and misuse of public funds, a system was finally cobbled together several years after the planned start date. Sigma delivered the final piece of the technology, the inspection software, by the end of 2016.

But of the 167 Kyrgyz companies that were identified in 2013 as potential agricultural and food exporters, only 63 currently have unrestricted sanitation clearance, indicating that local producers still have limited access to the common market.

Nurbek Toktakunov, head of Precedent, an NGO that advocates for rule of law, has pressed the prosecutor’s office to investigate the implementation of the entire $200 million grant from Russia.

“If the government implemented the legally approved plans, our entrepreneurs would have the opportunity to confirm the safety of food products in national laboratories, and the export potential of small and medium-sized businesses would increase,” Toktakunov said.

With the delays and the continued malfunctioning of the system, Kyrgyz producers have been hit from two sides, Matkerim Uulu, the Chamber of Commerce representative, told OCCRP. Exporters say they face obstacles from the country’s sub-par customs infrastructure, while imports from their trading partners are pouring in, driving down prices and impacting the local market.

The process has not improved for the truck drivers either, Matkerim Uulu said. The Kyrgyz database often freezes, both on the Kyrgyz-Kazakh border and on the Kazakh-Russian border, and it can take days for it to come back online. This hits the trucks carrying perishable goods the hardest.

It’s not known how much money the producers have lost in the years since Kyrgyzstan joined the customs union, Matkerim Uulu told OCCRP, but most have lost customers because of their inability to deliver goods on time.

“In logistics, a deadline is important,” he said.