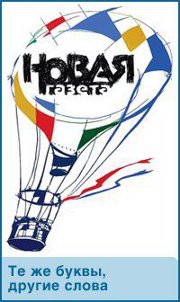 By Valerie Hopkins and Sonja Zujo

Russia’s best known investigative newspaper Novaya Gazeta, an OCCRP partner, says its primary owner has been under increased pressure as the March presidential election nears. Novaya Gazeta’s vocal criticism of the Kremlin makes it no stranger to pressure.

Four of its journalists have been killed since 2001, and many others report being harassed.  But investigations into the National Reserve Bank (NRB),  owned by the paper’s co-owner Alexander Lebedev, have effectively “paralyzed” the media outlet, Lebedev told the Associated Press last week. He says the probe into his bank is an attempt by the Kremlin to stifle independent media before the March 4 presidential elections, when former president and current Prime Minister Vladimir Putin is expected to win what will be a third presidential term.

We believe these actions could be part of a broader exertion of pressure by corrupt officials aimed at making Novaya Gazeta change its pro-civil rights policy and abandon its investigations,” said the editorial staff in a statement on their website.
Russia’s Central Bank began investigating NRB on January 30, effectively shutting down the work of the institution.

Lebedev said that the account he uses to support Novaya Gazeta has not been blocked, but rather, has no money it. “That account contained dividends I received from bank profits. But now the bank is operating at a loss because operations are frozen by the audit, not to mention the lawsuits and the police raids,” Lebedev said.

Proof that the inspection is political, says Lebedev, is in the fact that Russian authorities investigated NRB in November 2010 and found no irregularities.  But this time, the Central Bank brought in operatives from the police and the FSB, Russia’s federal security services.

Over 100 people are investigating the bank, Lebedev says. First Deputy Chairman of the Central Bank Alexei Simanovsky told Russian media that Lebedev’s bank was being investigated for several issues, including “its liquidity status, required reserves, asset quality and possible money laundering.” An unnamed source from law enforcement told Vedomosti daily that the current investigation of NRB is related to loans the Bank received.

But Lebedev said the bank fully repaid the loans in question. He added that, due to the investigation, the bank will not make any profits until April. According to Lebedev, NRB is his only profitable asset, and he might be forced to sell some of his other assets in order to support the newspaper.
But Novaya Gazeta’s resolve to continue reporting is firm.
“The newspaper will continue to be published. Everyone’s staying,” Editor-in-Chief Dmitry Muratov told OCCRP.  He added that the paper would not accept outside financial help, despite numerous offers.
"A lot of people: artists, readers from different cities - from the great and beloved nation of artists and performers, people unknown to me personally - are beginning to come to us expressing their wish to provide financial support,” Muratov said. Lebedev owns 39 percent of the company, while former Soviet President Mikhail Gorbachev owns ten percent.  The rest is owned by the journalists themselves.
Novaya Gazeta spokeswoman Nadezhda Prusenkova told Gazeta.ru the sale of shares was the last resort “in case the situation becomes completely critical.” Lebedev’s NRB owns 15% of Aeroflot, Russia’s largest airline. Lebedev says his decision to place well-known anti-corruption blogger Alexei Navalny on the airline’s board of directors may have sparked the current investigation of NRB.

The investigation has come under fire from the Russian Journalists’ Union.
“Ulterior political motives are the first thing that comes to mind,”said the union’s head Vsevolod Bogdanov, adding that and that it was a mistake to exert pressure on Novaya Gazeta before the elections.
Novaya Gazeta is one of several opposition media outlets in Russia that are facing pressure from the government as the election looms. Radio station Echo Moskvy received an order to change its board of directors, and announced on February 14 that the station’s main shareholder, Gazprom-Media holding, is pushing the only two independent directors out.

The financing of the independent TV channel Dozhd (Rain) was investigated by prosecutors. Dunja Mijatovic, a media freedom representative from the Organization for Security and Cooperation in Europe (OSCE) told the Interfax news agency on Tuesday that Russian officials practice “soft” censorship, bribing journalists, but also using violence and threat of violence to influence the media.
Former Soviet President and part owner Mikhail Gorbachev voiced his support for Novaya Gazeta, characterizing the developments surrounding NRB as pressure on free media. Lebedev also owns the British newspapers The Independent and the Evening Standard, which he bought in 2010.

He told Gazeta.ru that his British newspapers will most likely also face financial difficulties. Personnel cuts may be necessary both in Lebedev’s three newspapers and the National Reserve Bank. The Russian authorities warned Novaya Gazeta not to “resist the authorities” after journalists from different media pressed the bank investigators for comments. Novaya Gazeta is planning to send a request on Wednesday to the Central Bank and the authorities involved in the investigation, asking for an explanation for the investigation.