OCCRP’s primary basis for measuring impact is increased accountability. We measure this in terms of illicitly acquired funds returned to the public sphere; civic actions, such as a protest calling for change; government actions, such as when a government seeks evidence from another government based on an investigation; corporate actions, such as when a financial institution closes a loophole in the banking system; resignations and sackings, like when a prime minister is forced to quit; official investigations, usually opened by a national prosecutor; and arrests, indictments, and sentences. Since we began recording impact in 2011, our investigations have contributed to: 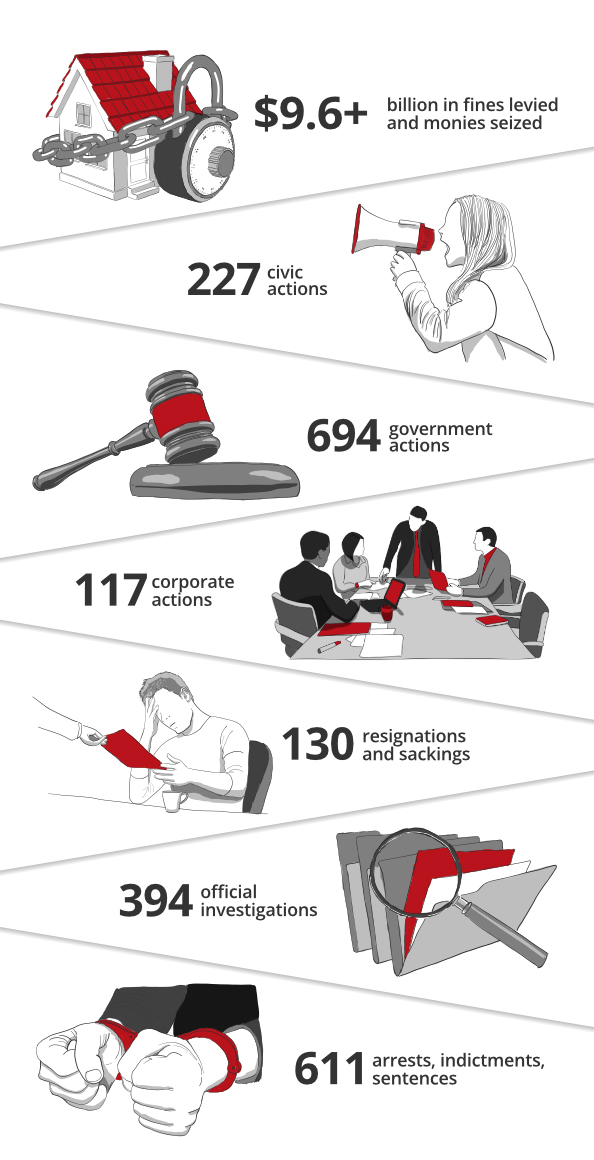 This page is updated quarterly.