LIMA, Peru (August 16, 2017) – Standing in front of tall metal doors wrapped in razor wire in the dusty outskirts of Lima, Peru, my colleague Stevan Dojčinović and I realize this might not be such a great idea.

I’m about to pose as a prostitute to sneak into the maximum-security Miguel Castro Castro prison. Getting past the facility’s high walls and heavily-armed guards is my only chance to interview Zoran Jaksić, the second-in-command of a notorious international drug gang called Group America. 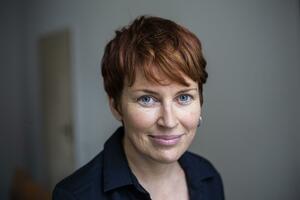 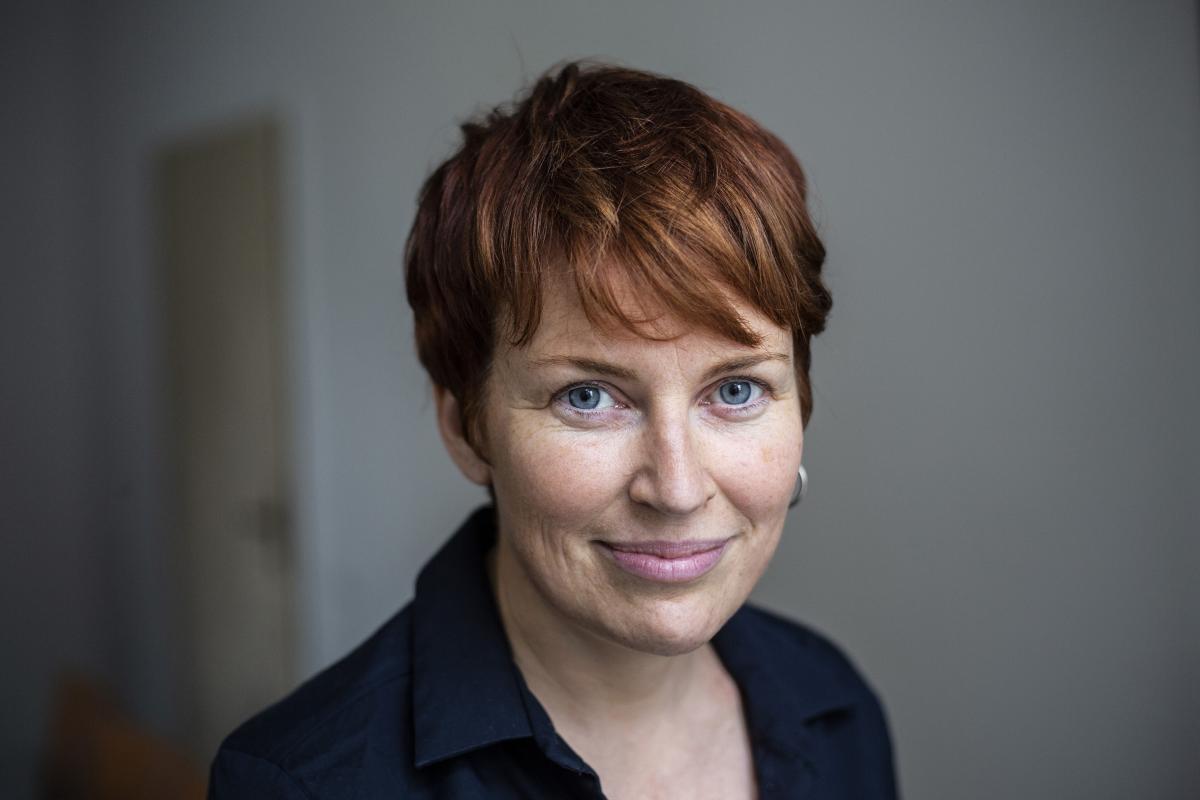 Authorities in Peru, Germany, Greece, and Argentina, as well as the U.S. Drug Enforcement Administration, say Jaksić is one of the major drivers of the global cocaine trade.

In 2016, the Peruvian anti-drug police determined that he had shipped more than a ton of high-grade cocaine to Europe through the port of Callao. He is now serving a 25-year sentence.

Lovers, Wives, Prostitutes — and a Journalist

Our plan was simple. It’s Wednesday, which makes it a “conjugal day” when women are allowed to visit the convicts (men can visit on Sundays). I hope to be just one of many women to stop by, and that no one will ask too many questions.

I don’t make it far. As I stroll toward the gates, a man wearing a shirt decorated with palm trees shouts a warning: “Hey, you can’t go to the prison dressed like that!”

Read our investigation into Jaksić, which uses thousands of pages of court files and wide-ranging interviews to reconstruct his role in Group America.

“Sure,” I answer, but keep walking.

Five minutes later I learned he was right. My green pants and black T-shirt aroused the suspicion of a guard. I’m a woman, he tells me, and I must dress as one. The fashion police was never so true to its name.

I stand just outside the entrance, unsure what to do next. Then, a woman at a stall that rents second-hand clothes provides the proper wardrobe for a woman visiting her imprisoned man: a child-size blue Yankees T-shirt, a miniskirt with a very high slit, and fake Swarovski gold flip-flops studded with imitation diamonds.

Now the guard approves with a silent nod.

It’s a cold and dusty afternoon. A long queue of women wait to be registered for a visit. Unlike me, they all seem to know exactly what to do. “Hey, sorry to bother, I’m here for the first time,’’ I ask. “Could you tell me what’s going on? What are we waiting for?”

Like the prison walls, the waiting women are unbreakable. They come every week, bringing food and clean clothes for their men. The woman next to me in line explains the process. She makes sure I have identification and checks my bag to ensure I’m not carrying contraband that would get me in trouble when we reach the gate.

At last, a guard checks my passport, puts a stamp on my forearm, and sends me to a second queue for another stamp. As he enters my data into his records, another guard behind a counter tries to look serious. But he’s curious: “What are you doing here?” he asks. “Who are you going to visit? How come you have only two names and not at least three, like every normal woman? Where are you from? How is it there? How much do school books cost there?”

When I say I’m going to visit Zoran Jaksić, he laughs hard.

“Does Zoran know you’re visiting him?”

It strikes me at this moment that surprising a man involved in organized crime might not be the wisest idea.But I’ve already given my passport to the guards, and there are dozens of women pushing me towards the entrance.

“Where does Zoran live now?”

“Pavilion A1,” the guard advises.

A few steps down a fenced corridor, the guard catches up to me.

I don’t understand. Can he really be asking for a bribe so openly?

I say the first thing that comes to mind.

“I’m going to visit Zoran. I don´t need to pay any propina.”

Obviously, I’m new to the Peruvian prison system. But the gambit works. I continue walking.

More Than One Surprise

Pavilion A1 is a plain concrete building with thick walls, few windows, and tiny cells packed with inmates. There is a yard filled with plastic chairs for family visits. My visit is to be more intimate.

A prisoner, Chino, leads me through the yard. Then another prisoner escorts me inside, to Jaksić´s cell. There are no guards in sight. I try to convince myself the heavy blankets covering the cell doors are for the winter chill.

Acting as Jaksić’s valet, my escort knocks on the metal door.

“I’m not expecting anyone,” says a voice from inside.

“Then who are you?” the valet asks me.

I know all about Jaksić. I’ve read all the information out there about him and his group, and I’ve spent countless hours following their money, their travels, and their trials. But he’s never heard of me.

A few moments later I hear the lock opening. A shaved head looks at me in astonishment.

“What do you want?” “I’m a journalist and I’d like to talk to you about your case,” I say, trying to act casually.

“I hate journalists,” he says. “I don’t give interviews!”

I can feel the first drop of cold sweat down my back. I decide to roll the dice, betting any break in the infinite boredom of prison would be welcome. “ Hmm… so we can only sit and talk about whatever,” I offer. The door opens. Jaksić invites me into his cell. The valet disappears.

Jaksić is clearly an extraordinary prisoner — and not just because he’s pale and stands stands two meters tall, characteristics uncommon in Peru. Only those with means can afford a private cell with its own bathroom.

Jaksić’s money also affords him two smartphones. The local police told us that Jaksić continues to manage his drug business as usual from prison. Now we know how.

The cell is decorated like a ’90s discotheque: Black tile, white leatherette pillows and a tiger-skin deco fluffy blanket. I sit on a stool, freezing in my skimpy costume. Jaksić pushes a small electric heater next to my cheap flip-flops and offers me water. I try to start a conversation without asking about his criminal case, cocaine, drug cartels, money laundering, or anything else that’s really on my mind.

The mother of all stupid questions slips out.

“Is there anything you’re missing here?”

“Not exactly,’’ he says with surprising sincerity. “You can buy everything here. I have a television. They bring me all the food I want from outside. A bottle of whiskey costs a hundred dollars, plus bribes. And here’s my French perfume.”

He sprays perfume on my wrist. It smells like grandma’s hairspray.

Later I learn what else he can buy. Jaksić’s visitor list is dominated by high-profile prostitutes from Serbia and Montenegro who arrive in pairs and stay for more than 14 hours, on average.

“I have books here, too,” he says, inviting me to look. His recreational reading includes Moral Letters to Lucilius by Seneca. It’s unusual for anyone in prison, let alone a narco-baron, to read the philosophical meditations of an ancient Roman stoic.

For perhaps the first time ever, my classical studies come in handy.

“Do you enjoy Seneca?” I ask, not mentioning that I found him somewhat boring myself. “Sure. I do. I was making excerpts from the book when I was in prison last time.”

He shows me a page covered in tiny lettering that looks more like a method of passing secret messages than study notes.

“I lost one page, so I’m re-reading,” he explains.

Jaksić has a longtime interest in philosophy. In 2009 he was arrested in the Barcelona airport. Along with false identity papers and a fake health insurance card, Spanish police discovered loose papers scribbled with excerpts from books by Nietzsche and Kant. Jaksić also had a neatly organized reading list of classical literature, grouped by the author’s country.

Our conversation ranges from the Peloponnesian War to Thucydides and ancient Sparta. Jaksić believes that Montenegrans are the descendants of the Spartans, and behave accordingly. We turn to genetics and the origins of European nations: Czechs are Celts, not Slavs, he says. What about the Bulgarians and the Serbs? And which is the oldest alphabet?

Trying to switch the topic to something a bit more criminal, I tell him that a guard asked for a bribe, but I refused to pay because of the prominence of my host. “They are going to charge me, I’m sure of it,” he laughs.

The single bulb illuminating the cell goes out, leaving us in darkness. Already on edge, I imagine several catastrophic scenarios. “Don’t worry, I won’t kill you,” he says dryly, opening the door to let in some light. “Come on, let’s have a coffee. Has anyone ever invited you for coffee in jail?”

Jaksić offers me his coat. He explains that it is forbidden to have a hoodie, but he has one, because you can buy anything here.

As we walk down a hallway, prisoners turn away – apparently following orders from Jaksić, who doesn’t want them looking at his guests.

The prison yard is packed, but there’s space for us in the improvised cafeteria. No one dares take Jaksić’s table.

“What kind of coffee do you want?” he asks. “Espresso?”

As we drink, Jaksić offers a running commentary on the other inmates.

“This one’s here for 18 years, he robbed a bank. This one got 25 years for murder, but he didn’t kill anyone, he just watched. The killer got 20 years. Unbelievable,” Jaksić says. “This is Tibo, got 13 years for cocaine trade, but he will soon be home in Israel. Hey Tibo, this is a journalist!”

Tibo and Jaksić burst out laughing. “Jour-na-list!” they say, laughing like hell and not caring to explain the joke.

The talk turns to Serbian narco-baron Darko Šarić and Czech mobster Radovan Krejciř, and how the global drug trade operates. “We do it in a similar way as you [at OCCRP],’’ Jaksić explains. “When I need information on the drug scene in Israel, I call Tibo and ask, ‘Hey, Tibo, who is doing wholesale drugs in Israel?’ You know, just to get the business insight… .”

Then the guards shout that visiting hours are over. Everyone slowly walks toward the exit. Jaksić escorts me to the fenced corridor, as far as he can go.

“Out there I’d give you my coat to keep you warm, but here, this is the only one I have,” he says. We embrace.

Smiling like an old friend, I join the line of departing women.

“Hey,” I hear Jaksić shout through the razor wire, “The cop you refused to pay a bribe to is already looking for me!”

A year after a massive shipment of ammonium nitrate exploded in Beirut, an OCCRP investigation has settled one of the biggest lingering questions: who actually owned the cargo. A trail of documents reveals a decades-old chemical-trading network controlled by Ukrainians, hidden behind a veil of proxies and shell firms.

A Russian mobile app publishing network appears to have infected millions of phones with malware that converts games into quiet money-making machines.

Contract Tobacco Farmers in Zimbabwe Say They Are ‘Drowning in Debt’

Growers say they often end up trapped in a painful debt cycle as they struggle to pay for expensive inputs they can ill afford, while a controversial currency system run by Zimbabwe’s central bank saps much of what is left of their income.