What do drug traffickers do with the mountains of cash they make supplying Europe’s cocaine habit?

For members of Group America, the answer is easy: Spend it on Zlatibor, a mountain resort in southwestern Serbia.

Though global in scope, the international cocaine smuggling operation has both roots and friends in Serbia. It’s only natural that hundreds of millions of narco-dollars the gang makes each year go back to the old country.

Much of it travels the old-fashioned way.

In December 2008, Italian police eavesdropping on Group America operations in Milan heard gang leaders discussing a problem: Vladimir Rasic, an operative also known as Vlada German, had been given more than 1 million euros in proceeds from drug sales in Lombardy to deliver to gang leader Mileta Miljanić in Belgrade.

Rasic was to drive the cash through border crossings where the guards were thought to be lax. But when his German-registered VW Passat reached the Croatian-Serbian border, the guards thought it suspicious that he had no luggage. They found the cash in a hidden compartment.

Miljanić hired a lawyer. Rasic was released without charges.

In a seven-year investigation of Group America, OCCRP and its Serbian member center, KRIK, have traced the drug smuggling gang’s massive earnings to investments in businesses and real estate around the world.

But much of the money goes to one place: Zlatibor, a popular mountain resort town of less than 3,000 residents in southwestern Serbia. Tourists flock to the resort town and the mountain for beautiful summer scenery and winter skiing at nearby Tornik. 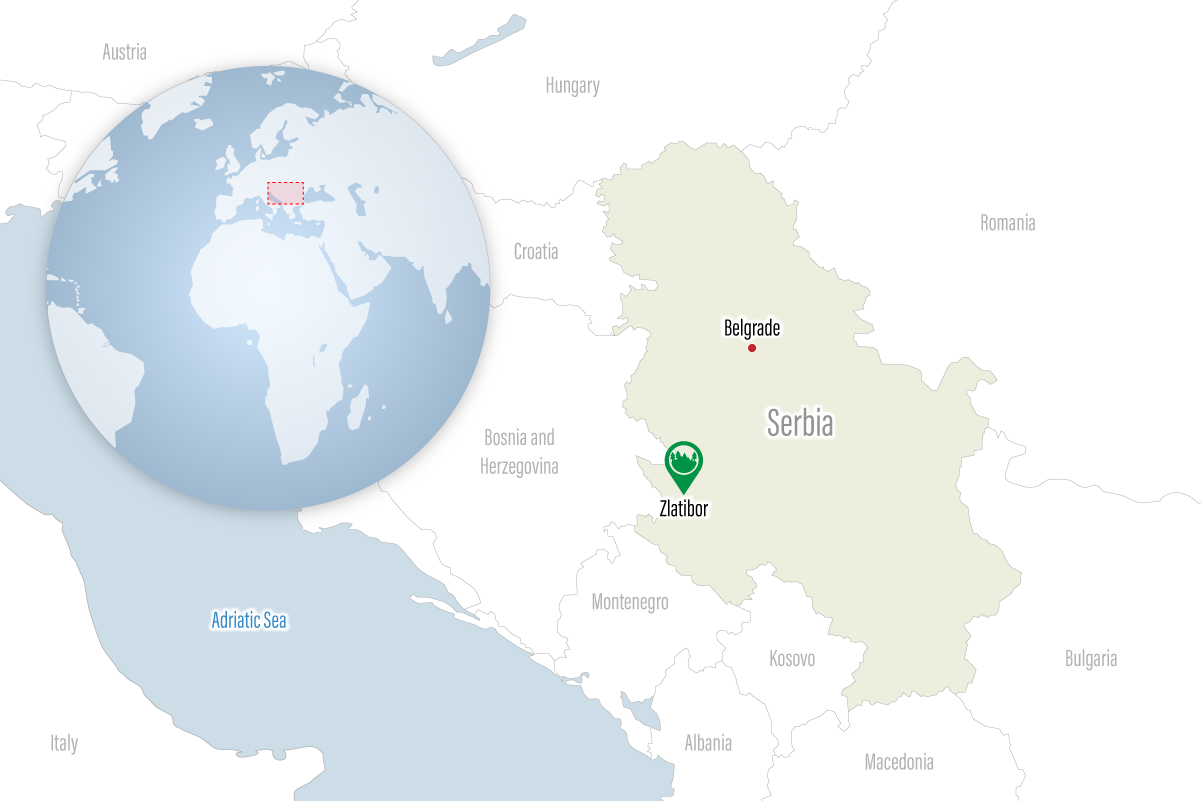 Criminals enjoy those things as much as anyone, but for them Zlatibor is also a prime operating base, just an hour’s drive to the border with Bosnia and Herzegovina and two hours to Montenegro. Group America is thought to have used the town as a hideout during a gang war with the rival Zemun Clan in the early 2000s.

“Zlatibor was always a dangerous place,” said Milan Stamatović, former chief of police of Čajetina, the municipality that includes Zlatibor. “It is a meeting place for mafia from Belgrade, Serbia, Montenegro, and Bosnia. They come here to meet, contract deals and share the loot.”

“Here it is much easier for them to launder the money on building property and to make a profit,” said the municipality’s president, who is also named Milan Stamatović. “The basic problem is that the state doesn’t want to resolve this issue.”

Credit: AP Photo / Martin Cleaver On Feb. 28, 1989, Serbian President Slobodan Milosevic held a rally where he announced the arrest of Albanian leaders in Kosovo, foreboding the fall of Yugoslavia.

Group America’s association with Zlatibor started with one of the region’s most infamous native sons and one of the group’s early leaders, Boško “The Yugo” Radonjić.

Born in Uzice at the base of Zlatibor, Radonjić moved to New York City in 1970 and became involved with the Westies, a largely Irish-American murder-for-hire gang that would eventually morph into Group America.

Radonjić and his money returned to Serbia as Yugoslavia was disintegrating. As a nationalist, he backed dictator Slobodan Milošević and his dream of a Greater Serbia. Traveling with him was a loyal young bodyguard, Mileta Miljanić.

“Radonjic spent a lot of time in Zlatibor,” said Stamatović, the police chief. “Everything revolved around him there. He was meeting a lot of criminals to whom he was literally a boss and giving them instructions.” 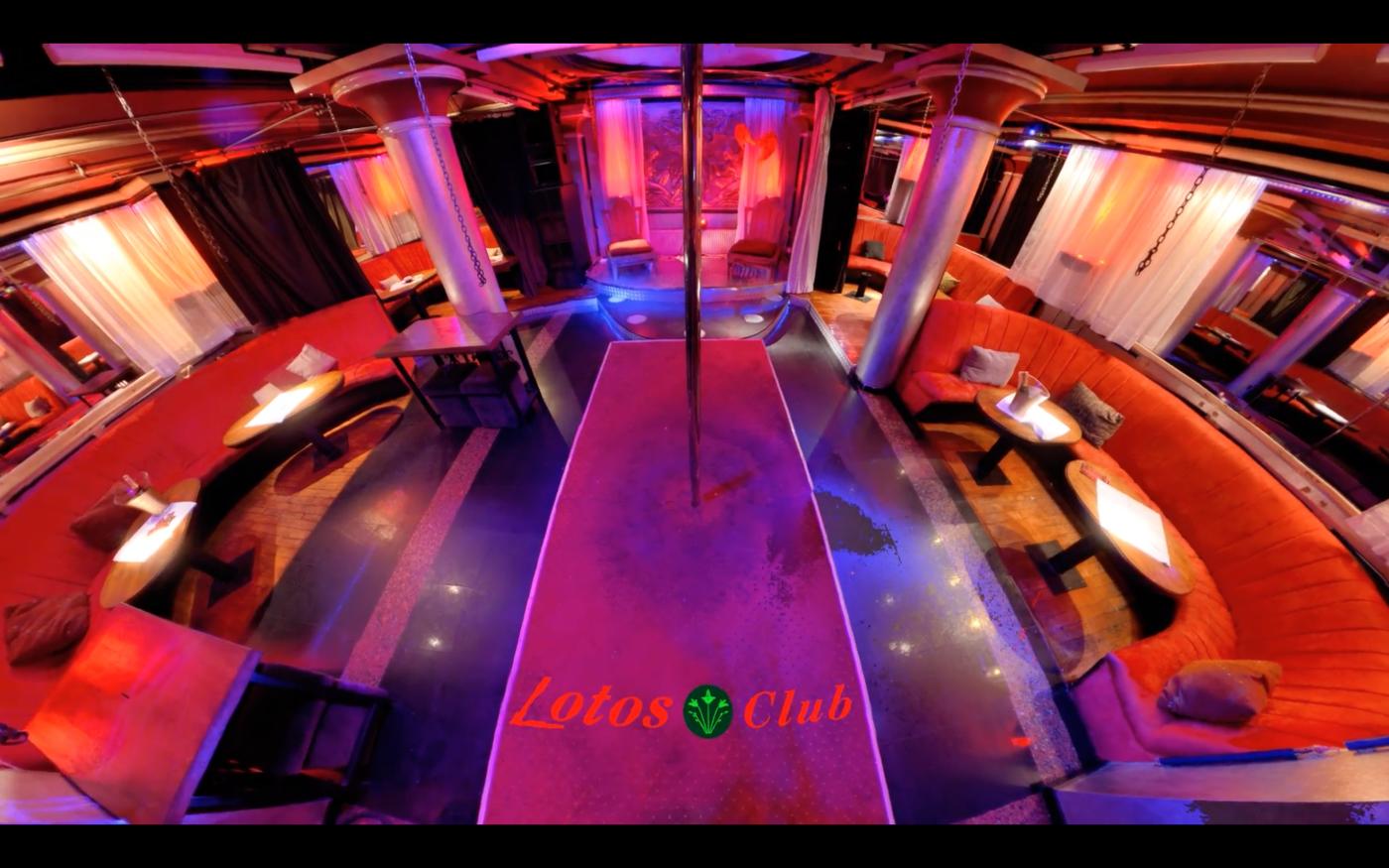 Records show that, in 1991, Radonjić opened a casino in the famous Palisad hotel on Zlatibor mountain. The casino later moved into a rural building owned by a joint private-state company.

Radonjić was also involved in a construction company partially owned by the state, Zlatibor Turist, and received business space through the partnership.

In 1995, he donated building materials to a church near Uzice. In return, he was granted a discount of equal value on 680 square-meters of land he bought from the municipality of Čajetina.

In Belgrade, Radonjić and his wife, Sabrina, operated several businesses. They included Lotos Bar, a strip club in a space Radonjić rented from the local government through one of his companies. Sabrina owned an apartment above the bar.

Radonjić died in 2011. Sabrina, through Intraco Consulting, opened a spa adjacent to Lotos Bar and in 2016 established another company, “Enigma N&A,” using the Lotos Bar address. The business activities of this company are unknown.

Sabrina is now the director of BG Ekology, a non-government organization founded in 2016 that claims to be dedicated to environmental protection.

Credit: Facebook Boško “The Yugo” Radonjić, one of the early leaders of Group America, with a cigar in a picture that has been posted to social media groups such as “Legende Devedesetih,” Serbian for “Nineties Legends.

Miljanić, a Serb from Gacko, Bosnia, has also adopted Zlatibor. His wife owns a 56 square-meter property and a summer house on the mountain, and had a company in the area, “Multy Sport,” that later moved to Belgrade. Multy Sport operates two luxury spas specializing in Thai massage.

While they spend time in Serbia, the Miljanićs live in New York, where they have a modest apartment in Queens. Miljanić is a major benefactor of St. Sava Cathedral in New York City.

Tourists in Zlatibor sometimes bump into one of the town’s leading citizens, Borivoje “Juja” Milić — if they are very unlucky.

Milić fought in the Balkan wars in the Special Operations Unit (JSO), an infamous Serbian paramilitary formation accused of numerous atrocities. He later handled security for Radonjić’s Lotos Bar. An informant code-named Lucky in 2001 described him as strong and brutal, but not a great thinker.

“He is capable on the trigger, but he needs someone to make him the plan,” Lucky told the police.

Milić was arrested in connection with a plot to smuggle 20 kilograms of cocaine from Panama to Serbia in 2001, but charges against everyone involved were later dropped.

In Zlatibor, Milić is known for using violence against both residents and tourists.

In January 2012, Milić stabbed Saša Kuka, a tourist from Belgrade, several times in the neck, chest, and stomach during an argument in a bakery. He was found guilty of assault, but received a suspended sentence.

Milić told the court he was a poor man, though company records obtained by OCCRP and KRIK indicate otherwise.

Until it closed in 2012, he owned the Sunset nightclub in Zlatibor. Among his other properties was Jokino Vrelo, a widely known lakeside tourist resort that offers natural swimming pools, fishing, traditional Serbian restaurants, and bungalows. In 2015, Milić transferred ownership of the resort to a woman thought to be related to his business partner.

In February 2016 Milić opened a café, Zlatiborski Sank, which recently closed. Through a proxy he also owns Alex, a taxi and rental car company in the town. His holdings include a three-story house and an apartment in Belgrade.

Milić’s wife, Aleksandra, is a noted makeup artist for Serbian celebrities. She owns a salon in central Belgrade and some land in Barajevo, southwest of Belgrade.

Zlatibor is a favorite spot for Group America, but the gang’s money also rains elsewhere in the Balkans.

Gang member Slobodan Šolaja was sentenced to eight years in prison after his scheme to smuggle cocaine from Panama in shipments of ceramic cups was discovered by customs officials in Banja Luka, Bosnia, in 2000. Officials confiscated 164 kilograms. He absconded to Serbia rather than surrender to serve his sentence.

Until his death in 2017, Šolaja owned or co-owned seven companies in Serbia and Bosnia in various lines of business. His Belgrade company, Miles, sold cars, while his Jupiter Resources firm was in mining.

Šolaja was a part-owner of Bingo Team and Vision Line with Miloš Lučić, who was arrested in 2011 as part of “Amphitheater,” a major police action that targeted illegal gambling. Both companies failed.

Seventeen people were arrested in the Amphitheater sweep, including five Serbian Ministry of Finance employees. The police said Lučić was the main intermediary between the officers and casino owners, and was “using casinos to launder money from the cocaine trafficking of a narco-boss.” That narco-boss has not been named. Lučić’s trial is ongoing.

With his brother, Šolaja owned Intratec Games, a consulting company that closed in 2011. He also owned Intergames, a company in Bosnia.

Ivan Delić, identified as a Group America member by a police informant, once owned the luxurious Azimut hotel on the resort islet of Sveti Stefan on Montenegro’s Adriatic coast. According to the business registry, he later transferred ownership to a man identified by local media as his father, who reportedly sold the hotel to a Russian national. 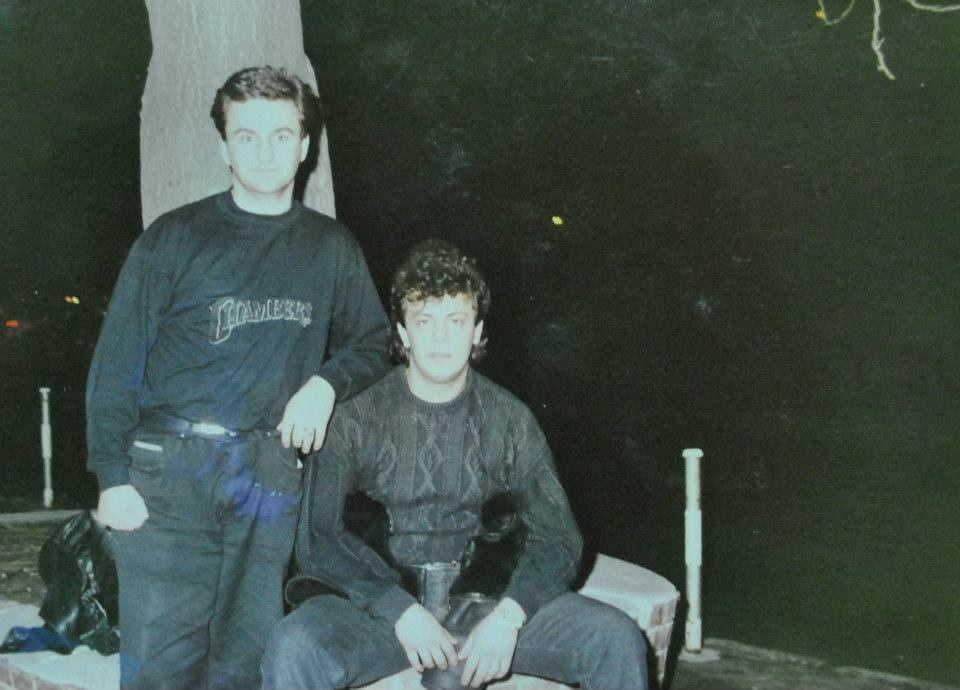 Vojislav “Voya the American” Raičević ran Group America in the early 1990s and is credited with its expansion into drug trafficking. His 1997 disappearance and presumed murder in Belgrade opened the way for Miljanić to take over the gang.

Raičević’s brother, Veselin “Teddy Bear” Raičević, remains active with the gang. He was arrested by Serbian police last April and is facing charges of smuggling two kilograms of heroin.

In 2015 Veselin and three partners founded Bet2Win, a Serbian gambling company now in liquidation. Its director, Dalibor Krković, is a former board member of the Red Star basketball club and representative of LuckyBet, an online gaming company that in 2016 became a Red Star sponsor.

In Montenegro, Raičević owns two apartments and almost 200 square meters of business space in Podgorica, plus a house and land in Danilovgrad.

Nenad “The Beard” Grgurović, another Group America member, owns Moda Italiana, a chain of women’s clothing boutiques in Serbia. He has also represented or served on the boards of four partially state-owned rail transport companies: Mašinska Industrija Niš, Vagonka, Lokomotiva, and Specijalna Vozila. All but Lokomotiva are now bankrupt.

Opera in Slovakia and Montenegro

Mladen Miljanić, a close relative of Group America’s leader, plays an important role in its operations. In 2009, police in Italy described him as “the man of the organization that carries out the site inspection, before the withdrawal of the cocaine consignments, to define and prepare all the logistics necessary for the successful outcome of the operations.”

But Miljanić’s business partner from Bratislava, Martin Hudec, has invested heavily in raw land and development projects in Slovakia, where he bought 850 hectares near the capital. His other projects include the reconstruction of a Roma neighborhood in Přerov in the Czech Republic and new luxury seaside residences in Sergipe, Brazil.

In 2008 Miljanić, Hudec, and Dražen Mikašinović, a pilot and aviation expert, established a company called Opera Development in the Montenegrin resort town of Budva.

The firm is registered at a small, ground-level apartment near the beach. Its only notable feature is an adjacent concrete auto mechanic’s pit.

The company does have some stunning assets in the country, however. According to property and land records, it owns more than 17 hectares of scenic meadow and forest near Kolašin, not far from Biogradska Gora, a popular national park with one of Europe’s last virgin forests.

OCCRP reporters visited the property, finding no roads or signs of development. People living nearby said the land appears to be abandoned.

With Deutsche Bank’s Help, Ukrainian Oligarchs Leave a Trail of Ruin in U.S.