A major leak of privately collected property data in Dubai has revealed the enormous wealth amassed by a flamboyant British financier now under investigation in one of the world’s biggest tax evasion scandals.

The leaked database shows that Sanjay Shah, the 47-year-old brains behind the Solo Capital hedge fund, owned six Dubai properties worth US$ 56 million in the luxury Crown Fronds development in Palm Jumeirah.

Authorities are looking into Shah in Denmark, Germany, Norway, Belgium, the United Kingdom, and the United States in connection with a complex tax fraud often associated with very specialized stock dividend trades known as “dividend stripping” or Cum-Ex trading.

In particular, Shah is under investigation by a Danish state prosecutor in relation to a fraud that is believed to have cost the Danish state 12.4 billion krone (about $1.8 billion) between 2012 and 2015. It is an allegation Shah has strenuously denied, according to media reports. He has not been charged.

The data leaked to the Organized Crime and Corruption Project (OCCRP) and seen by Finance Uncovered show his Dubai property ownership details as of 2014. It is not known whether Shah still owns the properties, and there is no suggestion of any wrongdoing in relation to their purchase. But the discovery may be of interest to the Danish investigators.

The scheme Shah is suspected of carrying out is a complex one.

In dividend stripping, a trader buys or borrows a stock on the day its dividend is awarded to shareholders and sells it immediately after the dividend is paid.

The trade allows the investor to earn a cash income from the dividend and a loss from selling the shares, which usually drop in value an amount roughly equal to the dividend. Dividend income is taxed differently in various jurisdictions around the world, and the trade was driven by an exploitation of these differences.

In certain scenarios where some taxes have been withheld, it is even possible to obtain multiple tax refunds even though only one tax payment had been made.

The practice is said to cost European treasuries billions of euros.

So it’s no surprise that, in addition to Denmark, the investigations into Shah stretch across multiple European jurisdictions.

The London offices of Solo Capital were raided in 2016 by the UK’s National Crime Agency. The company closed shortly thereafter. 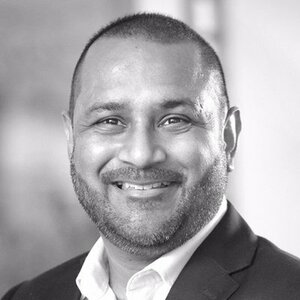 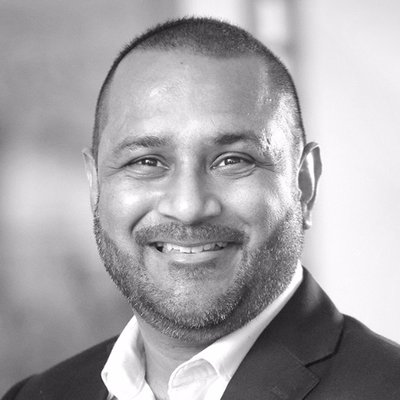 German investigators are also investigating Shah on alleged tax evasion and appear to be cooperating with Danish authorities.

They are looking into Varengold Verwaltungs Aktiengesellschaft, a subsidiary of the Hamburg-based Varengold Bank, in which Shah was previously the Deputy Chairman of the Supervisory Board, for filing for allegedly illegal capital gains rebates in relation to cum/ex trades in 2010.

According to the bank’s 2017 Prospectus, the value of the tax rebates the police say are illegal amount to “a very high eight-digit figure.” A spokesperson for the bank stated that she did not know if the investigations had been concluded, and that they do not relate to Shah.

Morten Niels Jakobsen, Danish State Prosecutor for Serious Economic and International Crime, told Finance Uncovered: “It is a complex case with professional and international players who seem to have used a very crafty set-up.”

“Together with our foreign partners, we do our utmost to investigate whether there is a basis for criminal liability in relation to persons or companies that have been involved in this very intricate scheme. In addition, we try to recover as much money as possible on behalf of the Danish taxpayers.”

Despite the ongoing investigations, world famous musicians flock to the Autism Rocks charity events organized by Shah. Shah started the charity after his young son was diagnosed with the developmental disability.

Nile Rodgers, Guns ‘N Roses, and Justin Bieber are just a few of the musicians who have given concerts for the charity, and Prince performed at an intimate London venue it organized in 2015, the year before he died.

The son of a London surgeon, Shah dropped out of medical school, then trained as an accountant and entered the City working for blue-chip banks. He founded the Solo Capital hedge fund after being laid off in the aftermath of the 2008 financial crash.

Solo Capital was focused on the cum/ex market itself, and Shah was considered one of the biggest players in the trade, according to a former associate quoted in Handelsblatt Global last year.

According to Professor Christoph Spengel, Chair of Business Administration and Taxation at the University of Mannheim and an expert on the practice, traders have targeted new jurisdictions after an initial crackdown in countries like Germany.

“After Germany closed the cum/ex-loophole … in 2012, market participants have exploited new opportunities in other countries such as Denmark. The loopholes in Denmark were of a similar nature as in Germany: the system of withholding tax on dividends produced multiple tax vouchers; it is unbelievable,” he said.

Many of the traders involved are based in London, as are some of the world’s largest banks, who lend shares to the traders to make the trades possible.

Shah’s Dubai properties cover an area of more than 70,000 square feet. Five of them are located on the exclusive Frond N of the Palm Jumeirah.

He told the Emirati newspaper The National that his family keeps its $1.3 million yacht moored “not far from us” on the Palm.

According to a map of the island development, three of Shah’s Frond N properties are adjacent “signature villas.” These are among the most expensive properties on the Palm Fronds, and come with access to a private beach.

Finance Uncovered has estimated that based on latest market information, Shah’s properties could be worth around $56 million today.

Other owners of Palm Fronds properties have reportedly included David Beckham, Michael Schumacher and Mahmoud Karzai, brother of the former President of Afghanistan.