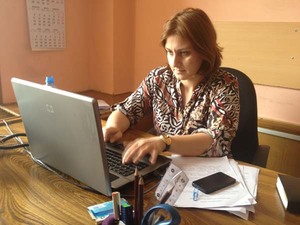 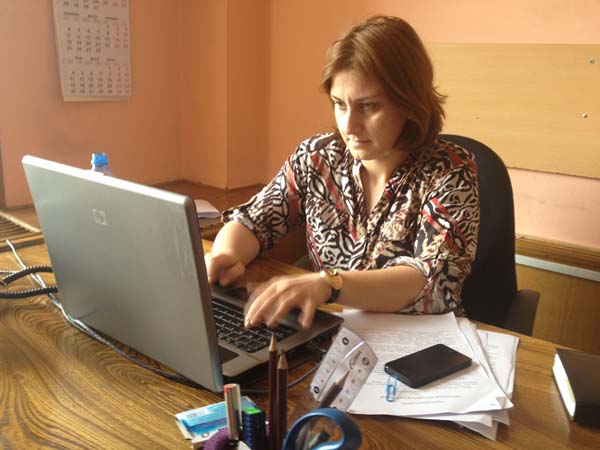 Tamar Kaldani, 32, is Georgia’s first personal data ombudsman. No one is clear on exactly what that job entails, but after years of work defending human rights, transparency and democracy, privacy is expected to be high on her priority list.

For more than a decade, Tamar Kaldani has been part of a small army working to protect human rights, transparency and democracy in the Republic of Georgia.

She says her civic efforts have been “mostly based on institutional developments rather than on personalities. I love the systems that can exist and sustain themselves under bad leaders. I had a responsibility to leave a comfort zone and move to an uncomfortable one.”

So when the new Georgian Dream government asked her to become Georgia’s first personal data ombudsman, she felt she had to say yes.

Kaldani’s actual title is “personal data protection inspector” (PDPI). And while it is not yet clear what this new position will entail, Kaldani’s experience working for non-governmental organizations indicates she will focus on human rights, democracy and transparency issues.

She has worked for human rights organizations since 2000, when she managed a project for the Georgia Young Lawyers Association. She was a lawyer in private practice before joining the Open Society Georgia Foundation in 2005, where she headed the Human Rights and Good Governance program.

“These are the values I appreciate and uphold, the values connected with democracy, healthy relationships and human rights. Since this (PDPI) institution is being created I thought, this is a challenge worth answering,” she says.

Thanks in part to recent whistleblowers and data leaks, it is clear that governments have more information about their citizens than previously imagined. A developing body of law states that citizens have the right to know how and why their personal data is being processed and if it is conducted within the frame of law.

Kildani’s office is on the first floor of State Chancellery, in a small room equipped only with two tables and chairs. “I am the only person in the office so far, however, we will be 13 in the near future,” she says.

“Individuals can send complaints directly to the (ombudsman’s) office, if they consider that their data is being processed incorrectly. We can hear, investigate, monitor and ensure that the regulations are applied,” Kaldani says.

At present, she says, the ombudsman can request information from governmental agencies, but this power will not extend to the private sector until 2016. If violations are detected, the office can apply sanctions such as fines.

The ombudsman can also file cases even if no individuals have complained.

When authorities uncovered barrels of guns, drugs and money buried in Samegrelo (in western Georgia) in June, Kaldani was among the civil society and media representatives invited by the Ministry of Internal Affairs to view video recordings of torture and rape found with the other material.

The videos, apparently made during police interrogations, were reminiscent of a series of prison abuse videos that so angered the Georgian public that they voted out the Rose Revolution government last October.

“Those videos were even more terrible than the prison abuses for me, because they did not happen in prisons” but were filmed out-of-doors in a forest, Kaldani says. “Many of us assumed or had heard that torture was used only in Gldani prison (in a Tbilisi suburb). Officially, the former government had claimed that the practice of torture had been decreased.”

Her immediate plans are to recruit staff, work out how the office will be organized and how inspections will be conducted. She says she’ll also be thinking of what legislation will be needed to protect citizens.

Until today, we only have one ratified convention, the Convention of Council of Europe for the Protection of Individuals with regard to Automatic Processing of Personal Data and one Law on Personal Data Protection adopted in 2011, she says.