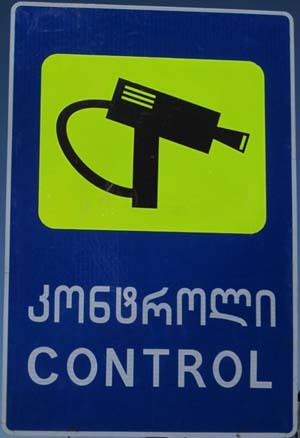 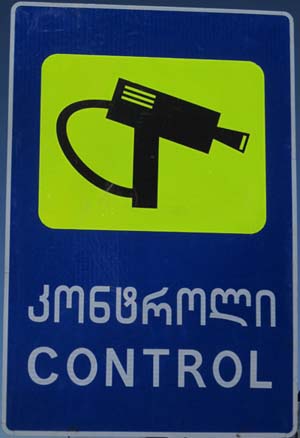 Over the past decade, the Georgian government has made about 18,000 secret surveillance recordings of its own people in a staggering and often illegal invasion of privacy that is only now being investigated.

While the rest of the world frets about governments tracking their emails and phone calls, citizens of the Republic of Georgia wish that was all they had to worry about.

Compilations by the Ministry of the Interior from around the country indicated that, over the past decade, the Georgian government has made about 18,000 secret surveillance recordings of its own people in a staggering and often illegal invasion of privacy that is only now being investigated.

“It was really systemic, really a huge system” of information gathering, says Eka Gigauri, executive director of Transparency International (TI), Georgia, who serves on a commission appointed by the Ministry of Internal Affairs (MIA) to monitor the proposed destruction of the surveillance archive.

Commission members say the bulk of the recordings are political, while a smaller percentage depict sexual activity. The sex videos have sparked the greatest reaction, with civil society leaders calling for their immediate destruction.

David Darchiashvili, a UNM member of Parliament, concedes that surveillance was taking place and that some of it appears to be illegal, but he says it is not clear who ordered it or how high in the government the culpability goes.

“In some cases, maybe there was no permission from a judge, but still such surveillance was going on because it was a matter of national security,” he says.

Darchiashvili believes the new government is trying to imply that everyone in the UNM was involved, when it might have been a rogue special police operation.

A full parliamentary inquiry can get to the bottom of the scandal, he says, but “they are not interested in an objective, bipartisan revelation of the truth because it might damage their political policy, their PR strategy which is based on the demonization” of the UNM.

The ultimate fate of the material remains unclear.

On several occasions, the MIA has announced that the sex recordings will be destroyed, only to backtrack when critics question how the guilty can be prosecuted if the evidence is destroyed. The ministry, which refused to comment to OCCRP, is said to be preparing a report on the scope and fate of the archive, but MIA officials declined to say when it might be finished or if it would be released to the public.

Serving on the commission are Interior Minister Irakli Garibashvili, who has pledged to destroy what he calls “a dirty archive of private lives.” Others include chief prosecutor Archil Kbilashvili; Public Defender Ucha Nanuashvili; Lasha Tugushi, editor-in-chief of the newspaper Rezonansi; Kakha Kakhishvili of the Research Center for Election and Political Technologies in Tbilisi; and TI’s Gigauri.

Spying on citizens has a long history in Georgia, dating back to at least Czarist times and becoming endemic during the Soviet years. The current archive dates to 2004, not long after the Rose Revolution that brought Saakashvili to power, and it appears that the program grew steadily over the years.

Technology, however, has raised the ante.

Where once an agent might have tapped a single phone line, Gigauri says the Ministry of Interior is now able to access as many as 21,000 telephone calls at once. And phone calls are just part of it; at any moment, someone may be reading text messages and emails, tracking what web pages are visited, or even capturing peoples’ own computer cameras and microphones to spy on them.

Much of it is done through “black boxes”, the term for sophisticated software that was installed over the past few years in all major Georgian telecom and Internet service providers, allowing the government to examine “thousands of phone calls, text messages and Internet use in real time without any help from the Internet provider,” says TI.

The Scandinavian telecom company TeliaSonera, which owns Geocell, has sold black box equipment to the governments of Georgia and Azerbaijan, among others, according to an investigation done by the Swedish state Television program Uppdrag Granskning and outlined in report by the Electronic Frontier Foundation. TeliaSonera was the subject of a 2012 investigative report on Swedish TV that reported the boxes were used to track the activities of opposition activists and journalists in several countries.

Georgia’s black boxes remain in place today, and it is unclear whether the new Georgian Dream coalition government is monitoring them. The Ministry of Internal Affairs has declined to answer questions about the black boxes, including whether anybody is listening, if they will be dismantled, and if the government will disavow the use of such technology.

Gigauri believes the UNM surveillance was rooted in efforts to consolidate power; most files involve political espionage, including hidden camera footage shot in the offices of opposition parties and non-governmental and news organizations.

Darchiashvili, the UNM parliamentarian, disagrees. “I fully reject the accusations, which run contrary to the presumption of innocence, that for all nine years the top leadership of this country used torture and total surveillance as a tool to keep power,” he says.

The watchers used varied and effective tools. The offices of former Parliamentary Speaker Nino Burjanadze and Bidzina Ivanishvili, head of the Georgian Dream and now Prime Minister of Georgia, were infiltrated by malware that infected personal computers, according to the Georgian Chief Prosecutor’s office.

Infected computers were used by “Ivanishvili, his family and close advisors,” wrote David Ignatius in the Washington Post. “The malware was cleverly designed: It could turn on the computers’ cameras and microphones, capture screen shots every 10 seconds and record keystrokes and passwords.”

In many cases, officials sought court permission for the surveillance, which was virtually always granted; in other cases, they apparently didn’t.

The files range from the mundane to the appalling.

Gigauri says that faced with such a massive amount of material, the commission asked the MIA to split it into two categories: surveillance of personal lives, including sex among a wide range of people, and political surveillance.

The resulting database lists 12,888 video and audio files on 358 CDs. Of those, 54 CDs contain files “recorded in hotel rooms, showing politicians having sex with their spouses as well as others. These weren’t just opposition politicians, but some of their own (UNM) party members as well. Also political appointees, including some very, very high positions in the government,” Gigauri says.

Gigauri says the other 304 CDs contain recordings of “opposition politicians and activists going around meeting different people, some in private meetings in their offices, with staff and supporters. There were meetings in banks, also meetings with journalists and civil society representatives. Some were recorded in TV newsrooms, some with hidden cameras, some with buttonhole cameras.”

Kakhi Kakhishvili is a former police investigator and prosecutor who directs the Research Center for Election and Political Technologies in Tbilisi and serves on the commission with Gigauri.

He says the bulk of the material the commission reviewed was gathered by a special political unit within the Ministry of Internal Affairs’ Constitutional Security Department (acronym KUDI in the Georgian language).

The former head of KUDI, Data Akhalaia, disappeared from Georgia after the UNM was defeated in the October election; Megis Kardava, the former head of the military police, has also disappeared. Kakhishvili believes Akhalaia took copies of the surveillance data with him and that there may be more material out there.

“So people are still under the threat of blackmail, or perhaps are being blackmailed now,” he says. “Their aim was to control the political opposition, to find out their plans, meetings, intentions, and to be ready for the potential steps from the opposition.”

The UNM’s Darchiashvili says these groups may have acted on their own, through an excess of zeal. “I am pretty sure that the objective was to reveal possible anti-national, anti-government actions or intentions which could be illegal,” he says. “I would not exclude the possibility that sometimes the law was violated.”

He says KUDI set up recording equipment in “special apartments all over Georgia, in all the good hotels and also in private homes.” Technical crews would install recording equipment, he says. “They would cut off Internet service or electricity or gas to a location, and then show up and say, “We’re here to fix it.”

He says the MIA has removed all equipment that it knows about and claims no illegal recordings are being made now. “The court and the prosecutors are not working (together) as they did before the election, when the court was part of the prosecution. Now we have better mechanisms to protect ourselves. But we have to (improve) the regulations, to protect our private lives.”

Since the election, several other batches of videos have surfaced, and the MIA has faced harsh criticism as it tries to balance privacy concerns with the need to prove to the public that the previous administration violated the law.

Several other videos were dug up in western Georgia in June, when authorities unearthed blue plastic barrels containing guns, drugs, money and videos which showed two men being interrogated, abused and raped. Five suspects, including several linked to law enforcement, have since been arrested.

This time the videos were screened privately for a group of diplomats and a second group of journalists and civil society representatives.

Some in the second group walked out, saying it was possible to identify the two victims and that the screening invaded their privacy. Still other media outlets wanted the videos released for broadcast.

Gigauri believes the surveillance grew out of the party’s belief that the means justified the ends. “As the government had implemented reforms, they felt people didn’t have the right to criticize them. Everything started from that,” she says.

“They considered people who held different opinions as enemies, and created a system to watch them. The same thing happened with businesses. At the end of the day, people linked with the government owned (major) businesses in the country, so that the business community could not finance other parties. It was that simple.”

In an ironic twist, it may have been yet another set of covert videos that broke the UNM’s grasp on power. Just before the October 2012 election, cell-phone videos apparently recorded by prison guards at a suburban Tbilisi prison were broadcast on the opposition TV stations Maestro and Channel 9 showing the brutalization and rape of prison inmates by guards.

The videos so infuriated the electorate that they voted in the Georgian Dream.