Velibor Džarovski Džaro is the self-proclaimed King of the Football Mafia.

With 5000 organized concerts and 80 fixed football matches, Velibor Džarovski Džaro-Džaro has been a top crime figure in the former Yugoslavia and Macedonia. He is not afraid to talk openly about what he calls his “life achievement.” Džaro even wrote a script and portrayed himself in a dramatic monologue at the Macedonian national theater.

For some people he and his life are the stuff of legend.

“The only normal team that remains from the former Yugoslavia is Dinamo from Zagreb. They don’t fix matches. They want to be a big European team.”

In 1988, the Yugoslav secretariat for internal affairs indicted Džaro for fixing 12 football matches. He was imprisoned in Split, Croatia. At the time, the Serbian sports magazine, Tempo called Džaro “The biggest evil in Yugoslav football.” Nevertheless, the charges were dropped, and Džaro was freed. There was a rumor that officials from the Yugoslav football association were afraid that Džaro would expose their corruption, but it was never confirmed.

A reporter from the Organized Crime and Corruption Reporting Project asked him how he got his start and the conversation went on from there. 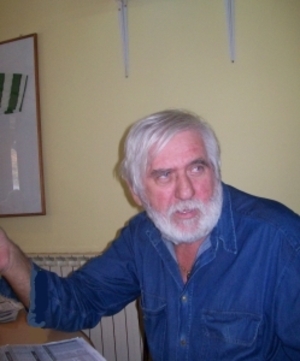 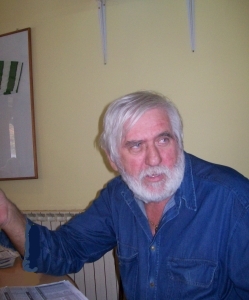 Džaro: I started out as a football player, playing 6 months for FC Ovce Pole in 1968, and for three years with FC Jugokokta. I wasn’t a good player, because I enjoyed gambling much more. I also was better at organizing the night’s parties and I collected good money from that. Coach usually put me in as a left back whenever we were supposed to throw a game. I started a big business in Yugoslavia in 1973.

OCCRP: How did you fix matches?

Džaro: Well, in every club there’s someone who’s weak, a player who has gambling debts, needs money for his girlfriend and so on. Usually I looked for a left back, central-half or goalkeeper. He just has to do one thing, like let the ball go in the goal, or go offside. But the player must be professional. He has to make the “mistake” in a way so that the public doesn’t notice anything. It’s no good if he gets a red card or a penalty. Everybody [who fixes games] works that way, in Western Europe, too.

OCCRP: How can football authorities prove that a match is set up?

Džaro: There is no way. A player can’t admit anything, because if he does, his career is over. For example, Der Spiegel reported that the Brazil-Ghana match in the World Championship was fixed. How do they know? Well you can tell that from the odds in the betting shops. Understand?

OCCRP: What is the situation today in Macedonia?

Džaro: Macedonia is a black spot in Europe. … Macedonian and Albanian matches are the only ones that aren’t represented in any betting shop in Europe [because they are assumed to be fixed]. One time we managed to get on a Norwegian betting web site, but once they found out how things are here, the Macedonian league was out.

OCCRP: What are the interests of football owners in Macedonia?

Džaro: They make money only from trading young players. For example, Ertan Demiri, a player in FC Sloga Jugomagnat, was traded to German Herta for 260.000 Euros, but he broke his knee during the first practice, so they sold him to the third German league. Now he’s playing for Lokeren in Belgium.

OCCRP: Do you know of players who were cheated during transfers?

Džaro: In Macedonia there is one player who was screwed up, but I won’t tell you his name. I have personal reasons. There are no other cases, because players are protected now. Transfers go through two FIFA licensed agents, Iber Mehmeti and Lazo Lipovski. There are players who were cheated in Greece, Turkey and Belgium, at least those are the cases I know. I don’t want to mention their names.

OCCRP: We heard about cases in which one sum of money is written in the transfer contract, but the player gets another sum.

Džaro: Yes, that is a common practice throughout the Balkans, including Greece and Turkey. The reason is avoiding the taxes in western countries. There are high taxes on football transfers. In Macedonia, as well as in other Balkan countries, the state doesn’t tax them.

OCCRP: How is the situation now in Macedonia with regard to match-fixing ? 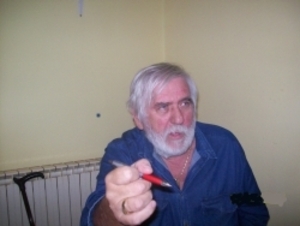 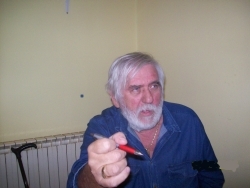 Džaro: There is some match-fixing. If a team is fighting for a place in one of the European cups, or is in danger of losing a spot in a premier league, then often matches are fixed. On the other hand, no Macedonian teams ever play in Euro cups—they play for betting shops. They do everything to fix results according to verbal contracts with some betting shop. The first one who ever did this is a relative of Ljubco Georgievski, the former prime minister. That was some 10 years ago, when the Macedonian Premier League team played against Slovenia. A deal was made in Ohrid, between owners of a Slovenian betting shop and the owners of the two teams. It was arranged that the Macedonian team would lose the match.

OCCRP: What is the situation in other Balkan countries?

Džaro: The same–just the numbers are bigger. The only normal team that remains from the former Yugoslavia is Dinamo from Zagreb. They don’t fix matches. They want to be a big European team.

OCCRP: Stadiums across the Balkans are empty…

Džaro: Of course they are. Fans know what’s going on. There are fans only for derbies, including Red Star-Partizan in Serbia, or Dinamo - Hajduk in Croatia. In Macedonia, fans come only when teams from different nationalities are playing. Like, when a team from Tetovo comes to Skopje, and people show up only to start a fight with the other side–Macedonians against Albanians.

OCCRP: Is there money laundering in football here?

Džaro: No, nothing like that. To launder money we would need to have industry in Macedonia. We don’t. All of the people who’ve invested in football are losing money.

OCCRP: And the future of football…?

Džaro: There is no future for football here. Until the betting shops are kept from interfering, and the image that games are corrupt changes, stadiums will be empty.