Aleksandar Vasovski was celebrated as a national football hero in October 2002 when he scored a goal for Macedonia against England. The game at Wembley Stadium for the EURO 2004 qualifications tournament ended in a draw, 2 - 2, a historic result for the tiny Balkan country.

Vasovski, then 23, played for the national team and Cementarnica, a small club in the Macedonian premier league. His success soon drew the interest of bigger clubs. He was transferred first from Cementarnica to FC Vardar in the Macedonian league and then to Eintracht Frankfurt in Germany’s famed Bundesliga. 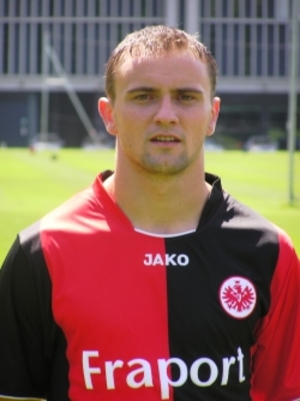 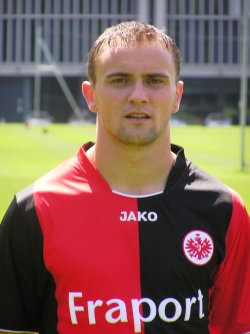 In 2002, when Vasovski was transferred from Cementarnica to Vardar, the two clubs agreed that if Vasovski were traded to a club outside the country, Cementarnica would receive 40 per cent of the transfer fee. According to the same deal, Vardar was entitled to the other 60 per cent of the fee. This is a common arrangement used all over the Balkans when transferring players from small clubs to more prominent ones.

“Vasovski was transferred to Eintracht in January 2005, but Vardar didn’t pay us a penny. We couldn’t pay the other players’ salaries.” said Dragan Tomovski, the president of Cementarnica. In the meantime, financial troubles engulfed Cementarnica, pushing the club down to the second league.

Cementarnica’s president managed to get a document from a Macedonian commercial bank that shed some light on the transfer. The document mentioned a “last installment” paid by Eintracht to Vardar for Vasovski’s transfer. The amount on the document is €143,000, and was transferred to Vardar through Comerzbank in Frankfurt. 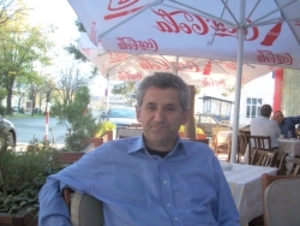 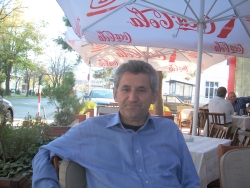 With the document in hand, Tomovski went to the headquarters of the Macedonian Football Federation (FFM) and got the FFM to ask Vardar to disclose the entire amount paid for the young player. Vardar refused. The FFM, without addressing the characterization of the €143,000 as a last installment, decided that Vardar must pay Cementarnica €53,000, about 38 percent of the transfer fee.

Tomovski, who had discovered the document, said, “In fact, Vardar paid us nothing. Not even the €53,000. According to the FFM statute, which is the same as FIFA’s, Vardar should have been suspended from playing in the Macedonian football league for not complying with regulations.”

Cementarnica then asked FIFA, football’s world governing body and FFM’s direct authority, to disclose the full amount of the transfer fee. FIFA’s reply: “It appears that the matter falls under the jurisdiction of FYR Macedonia and not within the competence of FIFA.”

The president of the FFM, Haralampie Hadziristevski, could not be reached for comment on his cell phone or through his office. A man who would not identify himself answered the phone there and said, “You have our decisions about this case? Yeah? Well, we have nothing else to add.”