Banking is undoubtedly one of the most regulated industries in the world. While some of the regulation might seem technical, the risk of abuse is so high that the interests of depositors must be protected. 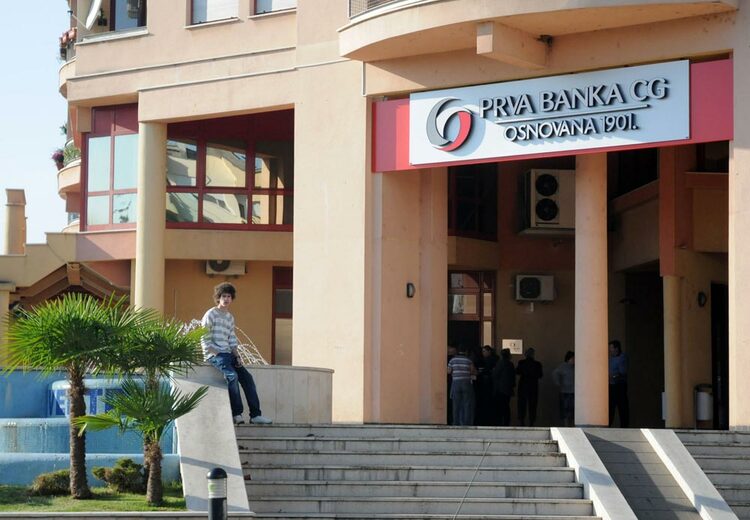 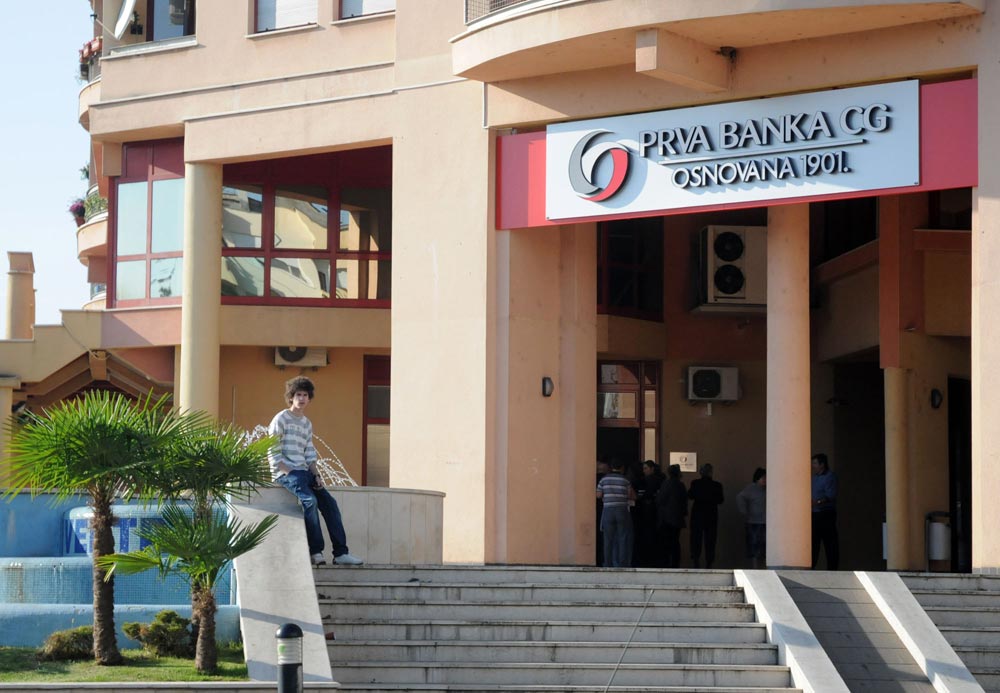 “Banks are a moral hazard. A bank, especially a large one, is prone to moral hazard because of the fact that its troubles could be trouble for the whole economy,” said Milenko Popović, professor at the Montenegro Business School, told OCCRP. “Then typically it is likely that they will be rescued.”

And that was exactly what happened. According to Central Bank reports, First Bank of Montenegro broke the law, was mismanaged and even acted against healthy business practice, leading to a huge liquidity crisis. Finally taxpayers paid for the cost – by bailing out the bank with €44 million.

Banks exist so customers can get their money on demand. Banks are required by law to have a certain percentage of liquid assets such as cash, deposits in other banks, or easily sellable stock – that can be used for withdrawals or transfers by depositors.

The Central Bank examiners determined that on a number of occasions the bank broke the law because it did not have sufficient money on its account to pay obligations: for months the bank had a chronic shortage of cash.

The law also says the bank must maintain a 10 percent ratio between its assets and obligations, known as the solvency ratio. On March 31, 2009, the bank’s solvency ratio was only 4.3 percent, far below the required minimum.

The law also says that a bank must timely and truthfully inform the regulator of its financial state and operations. The only way the Central Bank can do its job is to have accurate, up to date and complete information on the bank’s state. On dozens of occasions, the bank failed to inform the Central Bank of all of its loans, top depositors, and collateral. The examiners worried that they often found out about a loan or a piece of missing collateral only after it was too late. At one point, a report on First Bank’s depositors did not include 30 percent of its deposits because the bank did not have a written contract for any of them.

The bank also failed to report all loans and guarantees to the Central Loan Registry as required by law, which would have ensured that the borrower would likely be able to repay his or her debt.

Other violations of the law included failing to follow proper bookkeeping procedures, to implement a proper internal control system, and to audit its 2008 financial statements.

The bank failed to maintain the required daily minimum liquidity ratio of 15 percent of short term sources of assets, another measure which prevents cash-flow difficulties.

At one point, the amount of loans given was greater than the amount of assets held by the bank, which means that First Bank had been financing loans it gave out with loans it received from other financial institutions. The Central Bank also found it was not doing projections of its own cash flow.

By law banks must immediately honor customer transfer requests. But the Central Bank found several cases in which the bank simply canceled transactions without explanation.

On January 21, 2008, a company from Bijelo Polje issued a transfer order to send €2.1 million to a bank in Zurich. The company had more than enough in its account.

The bank took more than three months to even start to fulfill the request. Between April 23 and May 20, it made five payments to the Swiss account totaling under €1 million. 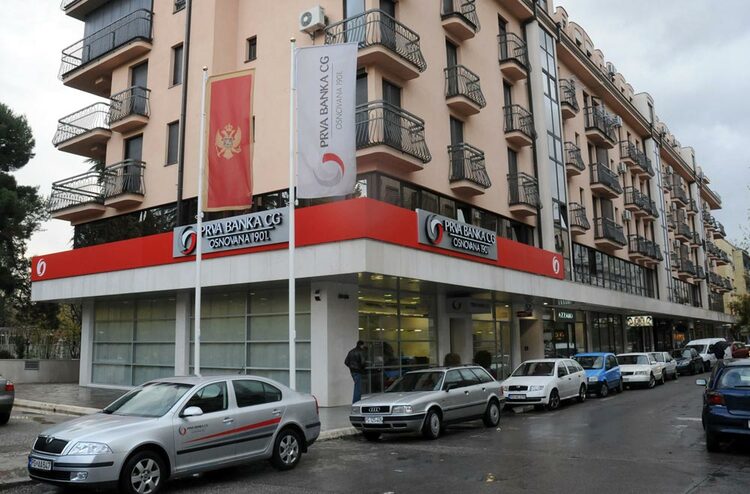 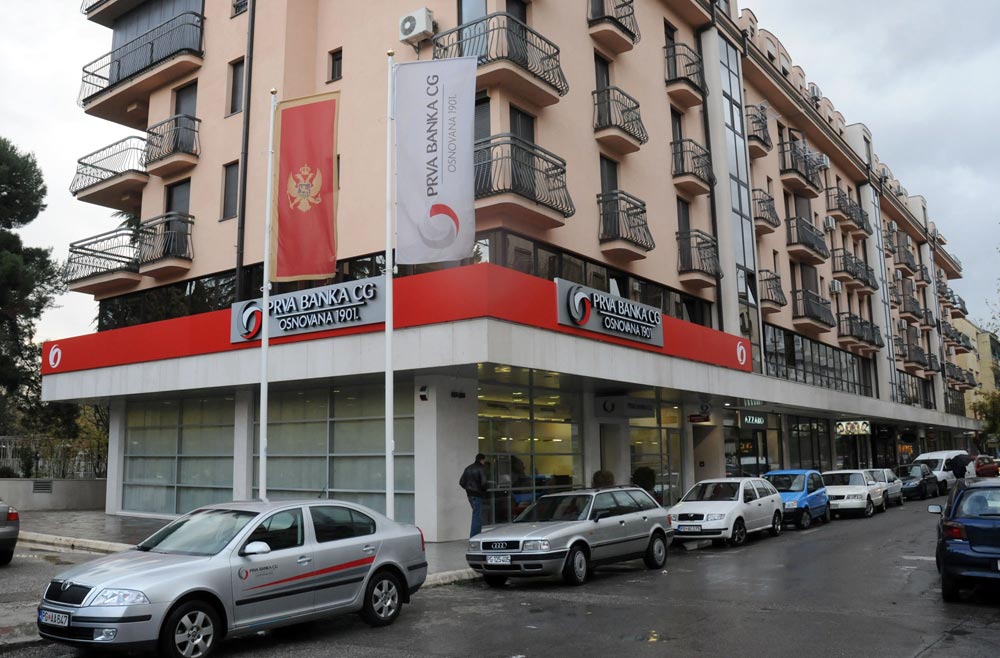 It is unclear whether the Swiss bank ever got the remainder of its money, because the remaining €1.15 million on the account was deposited on May 25, as collateral for a loan by another company.

First Bank never explained to Central Bank why the transfer was late and incomplete.

In another case, an organization from Niksic wanted to transfer €450,000 to its account in another bank. It had sufficient funds. The bank canceled the order on the same day and never explained why.

Not only did First Bank not fulfill clients’ transfer orders, it violated regulations by not even acknowledging repeated phone calls and letters from clients requesting that their transfer orders be honored. A 2009 Central Bank report found that the bank failed to rectify the complaints of customers.

Decision on Payment Operations between Banks

Faced with cash shortages, First Bank would sometimes file transfer requests for its customers when it knew the transfers would not be processed, according to a June 2008 report by the Central Bank.

Montenegro’s Real Time Gross Settlements (RTGS) system, run by the Central Bank, processes inter-bank fund transfers. But it does so only during strict time periods in the banking day. The Central Bank found that in times of low liquidity, First Bank would file transfer requests outside of RTGS’ working hours, predictably resulting in the transactions’ cancellation. These late transfer requests would be made repeatedly – 19,000 times from January to June 2008. The examiners said this was a “serious violation in the planning and execution of the bank’s daily payment obligation and a consequence of inadequate management of the assets of the bank.”

Law on Prevention of Money Laundering and Terrorist Financing

The bank on numerous occasions broke the anti-money laundering law by failing to collect complete information from persons or companies, according to the Central Bank. Basic personal data is required to check company ownership and determine if accounts are linked. Money launderers set up multiple companies and hide ownership, so banks must determine whether or not they are owned by the same person or related persons in order to accurately determine the source of money. But the examiners reported dozens of cases of people and companies, mainly foreign, where the bank failed to collect all required information and accepted incomplete sets of documents.

In addition, the bank did not meet its requirement that all transactions over €15,000 must be reported to the anti-money laundering agency. The law also requires that transactions with connected parties be monitored and reported if the total transactions of all connected companies exceed €15,000.

A sample of transactions evaluated by PricewaterhouseCoopers found that in 2008 18 such transactions that went unreported. Six of them were deposits in the total amount of €784,000.

Decision on Obligatory Reserves with the Central Bank

Decision on the Asset Classification and Capital Reserve Ratios

When issuing loans, each bank must assess the risk that the loan will not be paid, and store assets in reserve accordingly. The Central Bank found that in Oct 2007, the bank’s misclassification of the loans had resulted in a discrepancy of €2.7 million that should have been held in reserves. In Feb 2010 examiners found that because of improper risk management, the bank’s reserves were a total of €27.8 million short.

A bank’s reserves are listed as an expense, so downgrading a loan as less risky means banks can boost their profits by listing the money as profit rather than reserves.

In order to prevent abuse, banks are supposed to monitor and minimize exposure to related parties, meaning that employees, shareholders, and managers of the bank cannot borrow too much money at once. But records show that members of the bank leadership and longtime friends of former Prime Minister Milo Djukanovic Vuk Rajkovic, Veselin Barovic, Dragan Becirovic, and their companies all had loans whose total value exceeded the limit.

The Central Bank warned repeatedly that First Bank was not diversifying its risk portfolio, allocating loans to people and companies in the same industries especially tourism. By granting loans too heavily to companies involved in tourism and tourism-related construction, First Bank set itself up to suffer when growth in the sector plummeted drastically in 2008.

The Central Bank was concerned that reports on internal audits lacked required information, most notably the designation of an official in charge of fixing irregularities. The regulator repeatedly complained that requests to improve compliance were not respected and that there were no reports on actions taken after internal control found problems.

First Bank had numerous other violations. These include violations of: