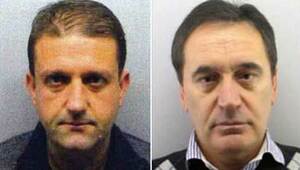 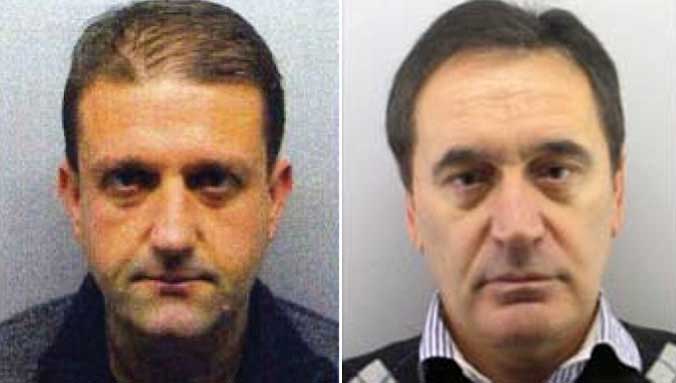 Darko Saric and Rodoljub Radulovic were indicted for cooperating in drug smuggling.

A Montenegrin businessman charged last month in Serbia for his involvement in smuggling nearly two tons of cocaine. According to the indictment obtained by reporters for the Center for Investigative Reporting in Serbia (CINS) and the Organized Crime and Corruption Reporting Project (OCCRP), Rodoljub Radulović was a member of a criminal group headed by Darko Šarić. Prosecutors say Radulović owned ships that were used to smuggle drugs from South America to Europe in food and other shipments including soybeans. Both Šarić and Radulović have since disappeared and Šarić is being sought for his role in the seizure of cocaine in a yacht off the Uruguayan coast in 2009.

CINS and OCCRP published a series of articles on the businesses of Radulović. Among other things, OCCRP and CINS published confidential documents of the British Serious Organized Crime Agency (SOCA) stating that Radulović and Šarić, as leaders of a drug cartel, in mid-2009 planned to smuggle tons of cocaine on board ships carrying legitimate cargo, cement and sugar.

The indictment filed in Serbia in October charges Radulović with participating in the delivery of 1.8 tons of cocaine from South America to Europe, which was hidden on ships in legal loads of soybeans. Between January and March 2009, he organized the travel of the cargo ships “Verti” and “Golden” through his offshore company “Man Mare” and arranged transport of goods from Argentina to Spain as a camouflage for cocaine transport through that route, the indictment alleges. At one point, the Verti was searched by Greek police, but they found no drugs because they had already been offloaded. The document states that 1.8 tons of cocaine were successfully smuggled and sold in Europe.

According to the indictment, intercepts show that Radulović was not in direct contact with Šarić, but communicated through ŽeljkoVujanović, Šarić’s cousin, and a high ranking member of the criminal group, who has twice been indicted for cocaine smuggling. 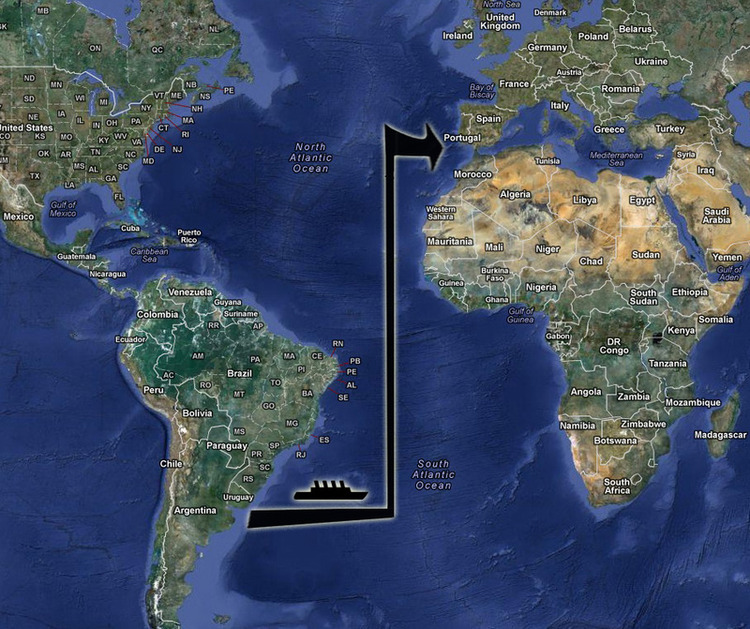 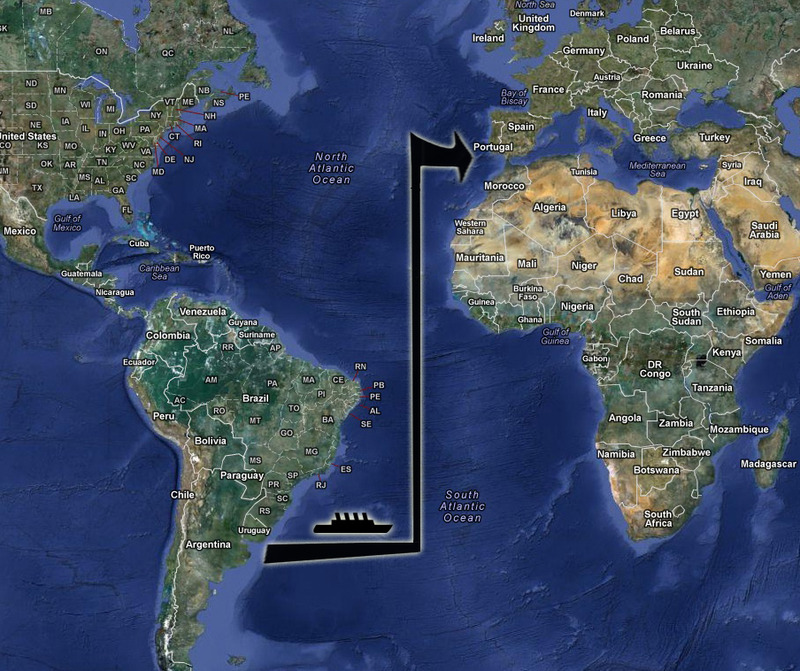 The Verti transferred two tons of cocaine from Argentina to Spain.

Radulović was also in contact with Dragan Dudić, known as Fritz, an associate of Šarić and Radulović, Dudić was murdered in mid-2010 in Kotor, Montenegro. OCCRP and CINS research from May of this year showed that Radulović and Dudić were business partners.

Radulović, AKA Miša Amerika, didn’t know other group members, who were buying drugs in South America and readying it for transportation. Dudić introduced Radulović to others only as “a businessman who has big companiesso it’s easy to register the organized crime group ships on his enterprises and not to be suspicious,” according to the indictment.

According to testimony from DraškoVuković, an ex-member of the group who is now a protected witness, the Šarić gang bought cocaine from crime groups from Colombia, Bolivia and Peru. The Šarić group would leave an empty Volkswagen Passat at a prearranged location to be picked up by the South American groups and filled with drugs, according to the indictment. That Passat would be then left at another location for the Šarić gang to pick up thus avoiding direct contacts.

Vuković said that cocaine was transported first to a rented apartment in Abasto, a neighborhood in Buenos Aires, and then to a nearby house purchased for storing the cocaine. The drugs were hidden in plastic barrels of water which were buried in the ground.

Vuković said that the organization was led by Montenegrins and Serbs and that Croats were the lowest in the structure, dealing with cocaine transportation.

The Office for the Prosecution for Organized Crime in Serbia said that in early April 2009, when ships arrived in Argentine territorial waters, nearly 2 tons of cocaine, packed in bags, were transferred by small boat to a cargo ship. The cargo ship sailed to the port of San Lorenzo in the Argentine province of Santa Fe, where its crew loaded soy beans as camouflage. They hid the cocaine in chambers used for oil and water storage. From there, the cocaine sailed across the Atlantic Ocean to a point near Spain and Gibraltar, where the drugs were offloaded from the ship to a fishing boat and transported to Europe for resale.

The Prosecution introduced an intercepted telephone conversation from 2009 between Radulović and ship captain Vaso Janičić, where Radulović inquired about possiblepolice raids, indicating the role he played in organizing cocaine transportation. 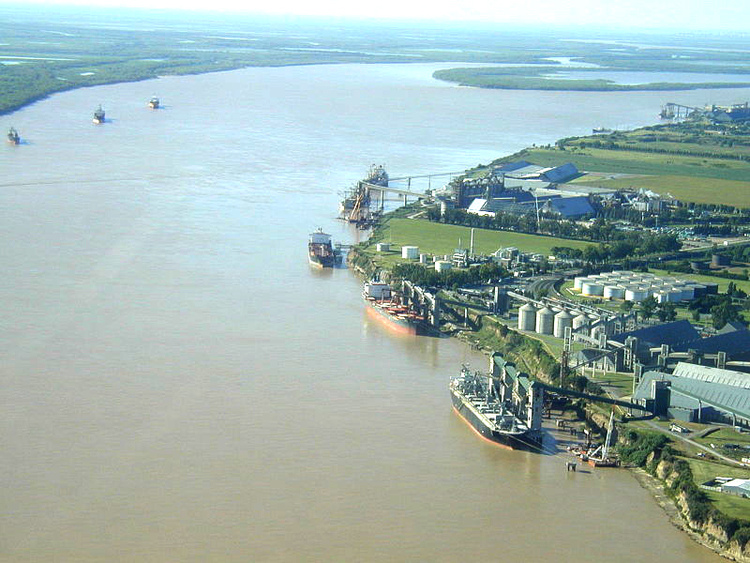 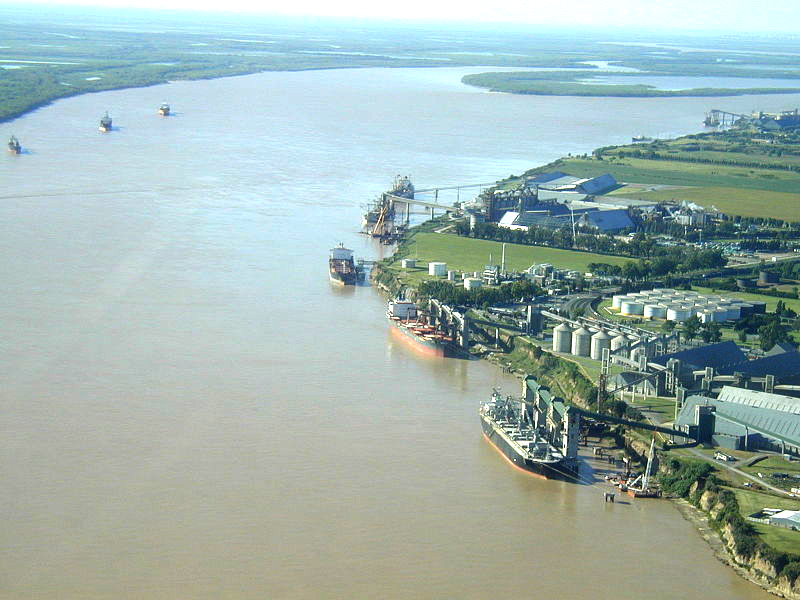 Port San Lorenzo in Argentina where 1.8 tons of cocaine bound for Europe on the Verti were hidden in soy.

Dudić, also had an important role in organizing drug transportation. His job was to find captains and crewswho the crime group couldtrust to carry the cocaine.

The defendants used codes and communicated via e-mail and other forms of Internet communication because they were told that their phones were tapped. Therefore, in early 2009,Radulović told his son to use other means of communication, according to the indictment. “From now on we’ll talk about these things through Skype. Fuck it,”according to taped conversations.

During a search of Radulović’s apartment, police found a paper which listed the costs for interior design, furniture real estate taxes for Šarić and Dudić.

As OCCRP and CINS reported earlier, Radulović, who lived in Florida for years, earned tens of millions of dollars by manipulating American stocks and through fraud. Court documents collected by CINS and OCCRP show that Radulović set up offshore companies and bank accounts to funnel the stolen money to himself and his associates.

Radulović had a number of influential business partners. Radulović worked closely with Dudić and at one point in 2006, transferred 90 percent ownership of his real estate company “Trecom”, as OCCRP and CINS reported earlier.

Radulović’s other business partners were, among others, well-known local filmmaker Maksut Ćatović and Milan Zukanović, the owner of “Koling”, one of the largest Serbian construction companies. Also, the controversial businessman Milomir Joksimović, aka Miša Omega, was the co-owner, with Radulović, of a company that imported bananas. Well-known Serbian businessman Bogdan Rodić is Radulović’s partner in “Znak Invest” and in real estate investments worth €1.2 million, according to documents OCCRP and CINS have acquired.

You can find out more about Radulović in our project: Mystery Businessman Linked to Šarić Gang Leadership.