With prosecutors closing in on drug kingpin Darko Šarić and his lawyer Andrija Krlović in early 2010, Krlović transferred a multi-million dollar company once used to launder drug money and a valuable building to respected Serbian businessman Bogdan Rodić.

Within 10 months of taking control, Rodić relocated the company, Novi Tamiš, changed its name and transferred it to his wife for €500 (US$650), according to Serbian business archives and property records. In the transfer he gained a 15 percent ownership of the $1.2 million vacant building in Pančevo with a new partner – Rodoljub Radulović, suspected of being Šaric’s partner in a drug operation that spreads from South America to Europe.

The men are still business partners in the building in Pančevo, even though Radulović is under investigation in Serbia and is subject to an arrest warrant in Greece. 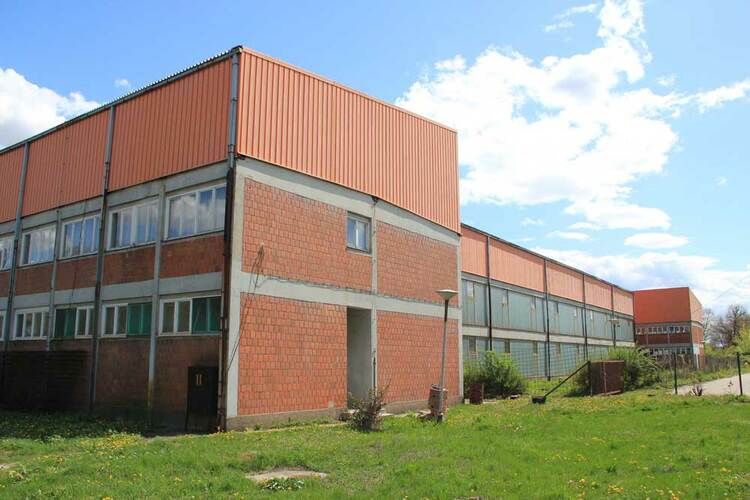 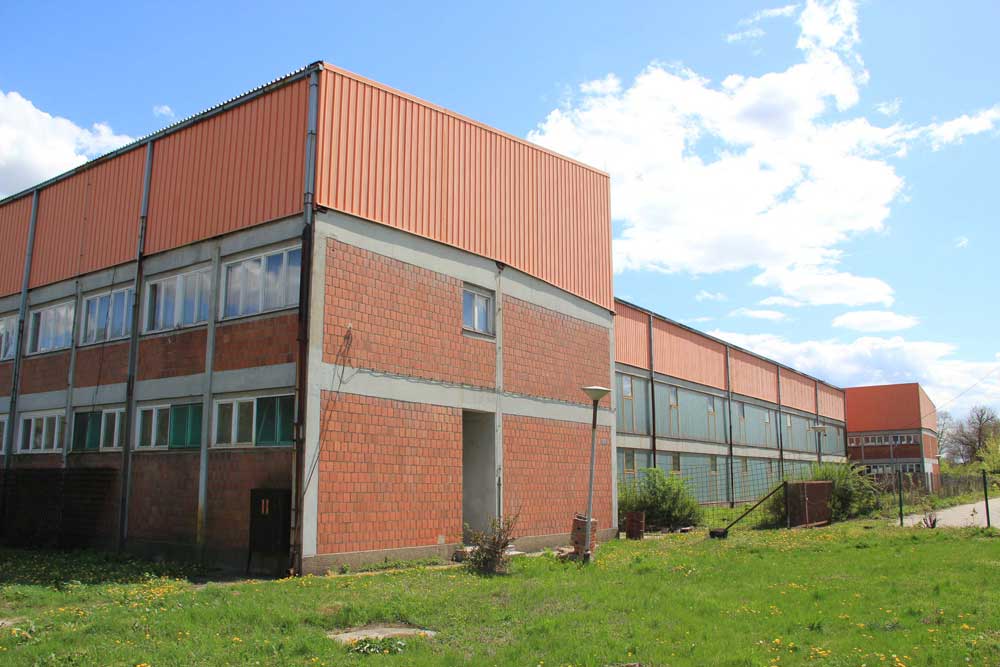 Building in Pančevo owned by Radulović and Rodić.

Investigators and prosecutors in Greece, South America, the Great Britain and elsewhere say Šarić and Radulović are leaders of a sprawling and lucrative cocaine cartel, according to investigative records obtained and reviewed by the Organized Crime and Corruption Reporting Project (OCCRP). Šarić who was indicted in Belgrade in 2010 and remains a fugitive, and Radulović, who is being investigated in Greece but nowhere else, could not be reached for comment.

Rodić did not return repeated phone calls and messages. Krlović is in jail awaiting trial for his role in Šarić’s drug ring.

Serbian business registry records, property records, court documents and interviews with business partners, associates and Krlović’s wife document the links between the two alleged drug cartel leaders and one of Serbia’s most reclusive and influential businessmen.

Rodić also has ties to Serbian businessman Zoran Ćopić, another associate of Šarić who is now on trial in Banja Luka on charges he laundered millions of dollars. An OCCRP investigation last year showed that Rodić, Ćopić and former Energy Minister Goran Novaković used offshore companies to form a partnership that made millions in a privatization deal.

Laundering Money through Pigs and Chickens

Krlović founded Novi Tamiš in 2003 as a pig farm, he said during a May, 2010 court hearing in Belgrade. Krlović testified that in early 2008 he received €750,000 (US$970,000) as a loan from Rodić to buy 15-percent of the shares of the Serbian agricultural firm Topiko on behalf of Novi Tamiš, according to the Central Securities Depository website..

“It was a joint venture of me and my friend and business partner, Bogdan Rodić, and his company,” Krlović told the judge.

Topiko, a former state company, is one of Serbia’s leading chicken farms and distributors of eggs, chicken meat and other products. According to financial reports the company owns business property worth roughly €35 million (US$45 million) and had almost €40 million (US$52 million) income in 2011. The purchase greatly increased the value of Novi Tamiš.

Then months after the first loan, in December of 2008, drug lord Šarić gave Krlović €505,000, (US$650,000) according to prosecution records obtained by OCCRP. Prosecutors believe this was an effort to launder money. The money was used to ship goods to another company controlled by Šarić’s associate Ćopić. That other company, Mitrosrem, never paid for the goods.

Also in 2008, Krlović’s wife Ljubinka formed a company called Znak Invest to invest in an old, 5200 sqm textile plant near the center of Pančevo she hoped to turn into a hotel. Since she didn’t have enough money, she and he husband brought in Radulovic, known as Mishel the American, who invested €600,000 (US$775,000) to earn a 45 percent share, she said. Novi Tamas, controlled by her husband, also invested buying a 15 percent, according to Serbian business and property records. 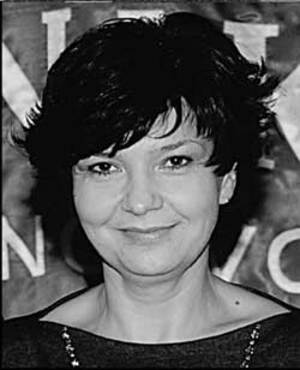 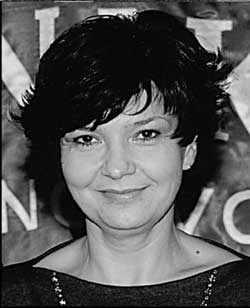 “[Radulović] knew my husband but I do not know since when or how,” Ljubinka-Krlovic told OCCRP. “I saw Radulović only once – when we signed the documents.”

She refused to talk about Novi Tamis, Rodić or her husband, citing the ongoing criminal case.

Then things went wrong. Šarić was arrested in January of 2010. The arrest of Šarić’s gang caused a sensation in Serbia and was widely documented in television and newspaper reports. Police and media went looking for anyone related to Šarić.

About one month after the January 2010 charges, Krlović transferred all of his ownership of Novi Tamas and all its assets to Rodić including its 15 percent share in Topiko and its share of Znak Invest and the Pančevo building.

In court Krlović said that he approved the transfer of Novi Tamiš to Rodić in 2010 because he couldn’t return the money he had borrowed from him earlier. A copy of the contract obtained by OCCRP showed the transfer took place on February 26, 2010. The contract contains no purchase price, no mention of past debt nor any financial terms for the transfer.

Bogdan Rodić is part of a well-known Serbian business family that owns grocery chain and retail outlets, with most of its holdings located in Vojvodina, a northern Serbian province. The family reaped fortunes by selling MB brewery to the Dutch been giant Heineken in 2008, and by selling ownership share of their well-known grocery chain Roda to the Slovenian regional grocer Mercator in 2006. Roda markets are located all over Serbia, and Montenegro.

Rodić took control of Novi Tamiš at the time charges against Šarić were announced and when it was a profitable and well established company records show.

According to business registry and property records, Rodić took ownership in February, 2010. He moved the company from Pančevo to Novi Sad where he lives, in May, 2010. The name of the company was changed to Terra Preta in November 2011, records show.

Then three months ago, on Jan. 30, 2012, Rodić transferred ownership of Terra Preta (ex Novi Tamiš) to another company, Matica Real Estate. Matica is owned, through yet another company, IQ Individual, by Rodić’s wife Jelena.

Business database shows that Bogdan Rodić is director in both Novi Tamiš/Terra Preta and Matica Real Estate, and that companies are located at the same address in Novi Sad.

A copy of the contract obtained by OCCRP shows that Bogdan Rodić’s signature was on both sides of the deal. He is listed as the owner of Novi Tamiš/Terra Preta and as the director of Matica Real Estate.

According to Central Securities Depository website, Terra Preta/Novi Tamiš still holds 15-percent of the shares in Topiko. The majority shareholder is the company Perutnina Ptuj, a large Slovenian producer of poultry meat, which owns 70-percent of the shares, directly and through its Serbian subsidiary Tehnooprema.

In court proceedings last year, Krlović told a judge that he and Rodić tried twice to sell their portion of Topiko to Perutnina Ptuj but couldn’t agree on a price. Krlović did not explain – and was not asked in court – how he and Rodić could own the shares of Topiko at the same time, since the business records show Rodić received all the assets from Krlović.

Milan Čuš, director of Perutnina Ptuj, told OCCRP that Krlović was always questioning their decisions during meetings of shareholders.

“He certainly never intended to be an active owner, involved in company operations”, Čuš said. “In general shareholding meetings, he was always disagreeing with everything.”

After Krlović was arrested, Rodić paid a visit and presented himself as the new owner of Novi Tamiš. He also offered to sell his shares, but at a price higher than they were worth, Čuš said. Perutnina declined the offer.

Radulović has operated businesses in Moscow, the United States, Central America and the Middle East and has been dogged by allegations of fraud for more than two decades, according to business and court records from four continents compiled by OCCRP.

Although Serbian police and investigative records now portray Radulović as a major drug trafficker, there is no indication that Krlović or Rodić knew of his alleged drug ties during the 2008 transactions.

But by 2010, Radulović’s name had surfaced repeatedly in connection to Šarić. In January, 2010, Serbian prosecutors announced a sweeping indictment against Šarić and nine other men, outlining an elaborate scheme of money laundering, in some cases through privatized companies. Ćopić, who was one of the men charged, was also a partner with Rodić on at least two privatizations of Serbian state businesses including a winery and a tractor factory.

In a May, 2011 interview with OCCRP about a week before his arrest in Banja Luka in Bosnia and Herzegovina, Ćopić said he attempted to sell the privatized company Mitrosrem to Šarić through a series of smaller transactions. Business registry records show that some of those transactions involved Novi Tamiš while it was owned by Krlović.