Cement factories used to power their kilns by burning coal. Today, they increasingly use a different fuel: garbage.

Advocates for burning trash say it’s better for the environment; it releases fewer greenhouse gases than traditional fuels while providing a waste-disposal option that reduces landfills.

Cement makers profit too: Rather than paying for coal, they actually get paid to burn waste.

But in practice, this arrangement may not be the win-win its proponents claim. A new OCCRP investigation reveals multiple levels of crime and negligence in Europe’s growing waste-to-energy trade.

In “Cement’s Dirty Business,” OCCRP journalists travel across Europe to show how Romania’s $750 million cement industry now runs largely on trash, sometimes smuggled in from foreign countries with little regard for health or safety.

In Italy, mobsters tied to the powerful Camorra have infiltrated the trade in burnable waste and are exploiting corruption and a lax inspection regime in Romania. In Germany, factories to the east are seen as an ideal solution to the country’s waste disposal problem. And in Romania, the longtime head of the government’s Environmental Protection Agency, who authorized illegal waste shipments from Italy, also founded a private business that picked up lucrative contracts to monitor cement factory emissions.

Because of this lack of oversight, Romania’s seven cement factories can burn anything, including legally forbidden substances such as medical waste – at the expense of ordinary citizens forced to breathe and live amid the toxic fumes emanating from their smokestacks. 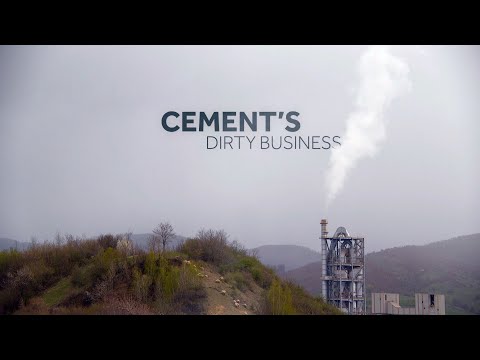