It will be harder for terrorists in the EU to build home-made bombs and authorities will now be able to check the bank accounts of suspected organized crime figures, the European Commission announced on Friday. 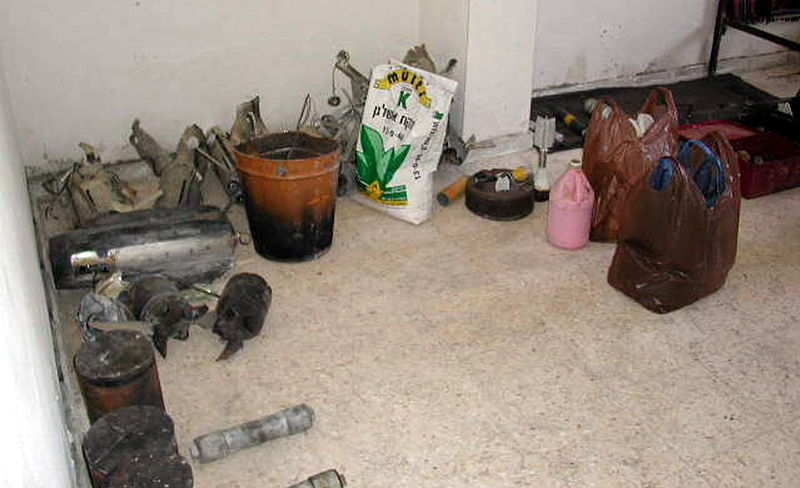 The makings for a home bomb (Israeli Defense Force) The EC Security Council banned the sale of common fertilizer and sulphuric acid - two chemicals used in home-made bombs - and allowed law enforcement agencies throughout the Union to access financial data of suspected criminals from national registries that have yet to be set up.

Sulphuric acid is a key ingredient in the highly explosive substance known as acetone peroxide. It was used during the 2017 Manchester bombing that killed 23 people at an Ariana Grande concert.

The rule also extends to requiring background checks for people applying for licenses to purchase these chemicals and others banned by the EC.

“Terrorists and criminals will find it much harder to get their hands on dangerous chemicals to produce home-made bombs or money to fuel their crimes,” Dimitris Avramopoulos, Commissioner for Migration, Home Affairs and Citizenship, said.

While the EC states they already have strong anti-money laundering laws, the new rules provide specific conditions for how law enforcement officials can use financial information to investigate crimes and organized crime groups.

“Our law enforcement authorities gain an important tool to get financial information quickly to improve security of our citizens and serve justice”, said Věra Jourová, Commissioner for Justice, Consumers and Gender Equality.

The rules need to be signed by the President of the European Parliament as well as the rotating Presidency of the Council. They will take effect 20 days after the final signature is put in place.