The Sudanse prosecutor’s office charged Former President Omar al-Bashir with corruption on Thursday, a month after he was charged over his involvement in the death of protesters who plagued his administration before his overthrow. 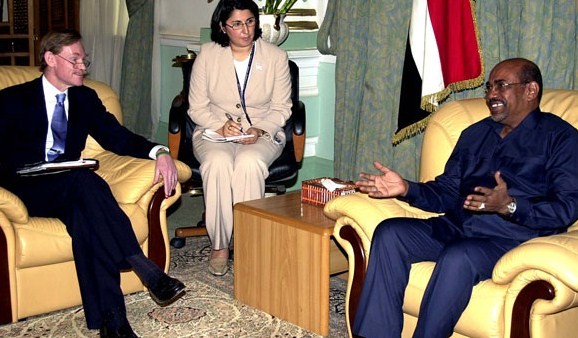 Omar al-Bashir (US State Department)Experts on the country told Al Jazeera that al-Bashir is unlikely to have an open trial, as the current military leaders might be worried about the implications of finding the ex-President guilty of crimes others have accused them of.

The International Criminal Court issued warrants for al-Bashir in 2009 and 2010 over his alleged war crimes, though he has yet to be extradited to The Hague, Netherlands.

The autocratic leader, who has been in jail since a coup in April, ruled the country for 30 years.

Sudan is now run by a Transitional Military Council (TMC), which has had its own issues with protesters, as a June 3rd protest led to a double-digit death toll.

The Council paused negotiations with democracy advocates following the showdown, leaving questions as to the future of elections in Sudan. A third-party Ethiopian envoy said that oppositional protesters have vowed to stop antagonizing TMC while the Council claimed that they would release some political prisoners, but the details are still unsettled, Al Jazeera reported.

The US State Department designated Sudan a state sponsor of terrorism in 1993, though a newly appointed American special envoy to the country met with Council Chief General Abdel Fattah al-Burhan this week - the first steps to repairing relations between the countries.

"Burhan expressed Sudan's aspiration to strengthen its relations with the United States as a superpower that has a positive role which the Sudanese people look up to," the Council said in a statement.