Golunov Released, Charges Dropped, and Officials To Be Investigated

The Russian Minister of the Interior announced on Tuesday that charges against Ivan Golunov were dropped and he was released from custody. He also said that he petitioned the Kremlin for officials involved in the case to be investigated. 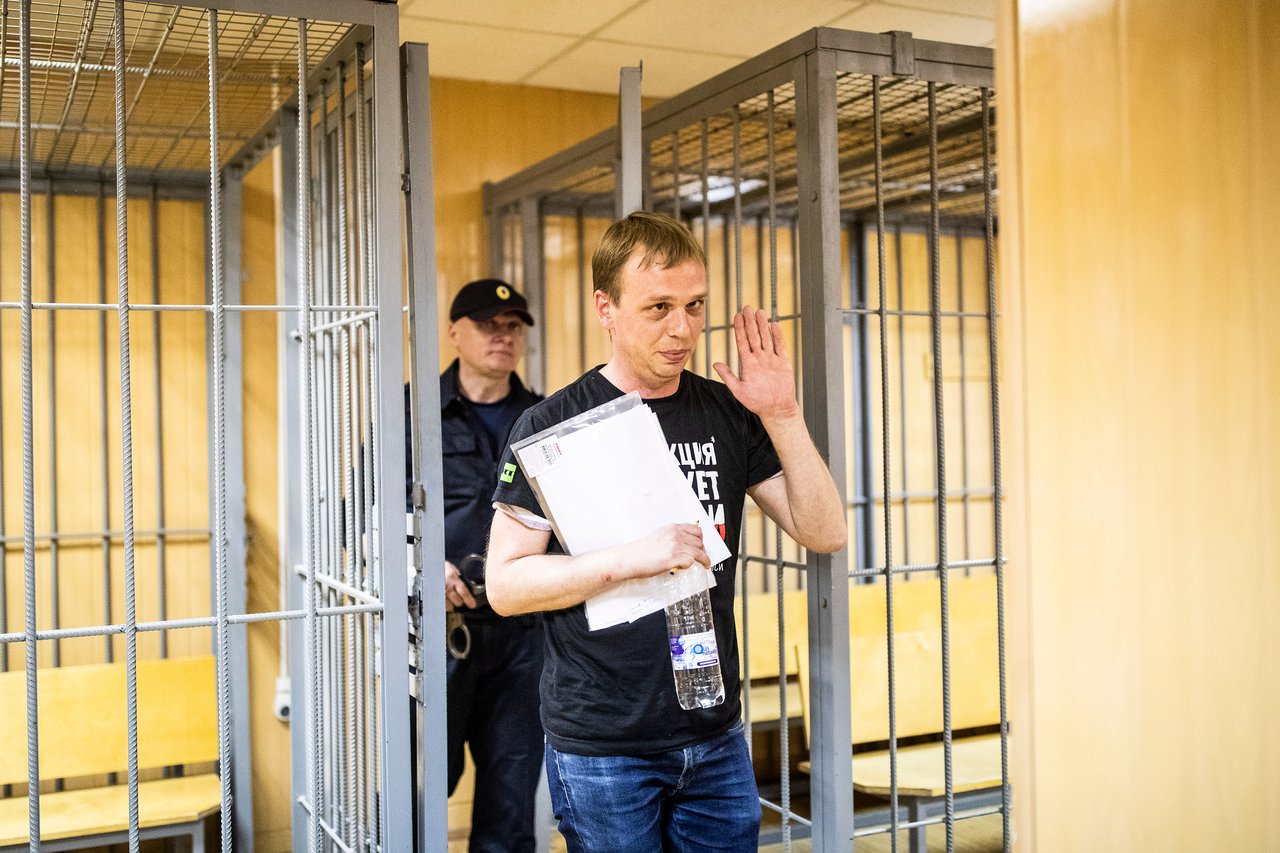 Ivan Golunov (Evgeny Feldman, Courtesy Meduza)Golunov thanked supporters for their faith in him and said he would need some time to recover from the experience.

“The compensation of my moral damage will be that this no longer happens to anyone,” Golunov told reporters after his release, adding that he will continue his work investigating corruption in Russia.

Seemingly bending to public pressure, President Vladimir Putin is now tasked with reviewing the involvement of Moscow police Major-General Andrei Puchkov and the head of Moscow’s Department of Drug Control Yuri Devyatkin, both of whom the Interior Minister asked to be dismissed.

"The petition will be considered in a timely manner," said Dimitry Peskov, a spokesperson for the President, who is scheduled to be in Kyrgyzstan for the Shanghai Cooperation Organization summit this week.

The minister’s concerns seem to revolve around the use of photos unrelated to Golunov in an update that accused the journalist of possessing drugs and paraphernalia, as well as the general conduct of officers who initially arrested and processed Golunov.

“A mistake is possible, we need explanations,” Peskov told journalists on Monday morning. “Journalists make mistakes too. The important thing is to recognise mistakes so that they aren’t repeated.”

Golunov claimed that the police planted drugs in his apartment and in his belongings in order to arrest him, and that he was beaten during his processing.

Golunov’s arrest sparked outrage throughout the country as well as around the world, with about 25,000 people signing up to attend protests in Moscow, three prominent Russian newspapers displaying “I am/We are Golunov” on their front pages, and many celebrities speaking out against the investigation.

“[Golunov's arrest] concerns everyone - anyone could end up in his situation," Ilya Varlamov, a popular Russian blogger, said in a radio interview on Monday.

Golunov’s release allows Kremlin officials to breathe a sigh of relief before Putin’s national call-in next week, as they hope to restore public trust in him, which dropped to the lowest point ever in May after 20 years of ruling the federation.