Kassym-Jomart Tokayev, whom former Kazakh President Nursultan Nazarbayev picked as his successor when he stepped down at the beginning of this year, was sworn in on Wednesday after mass arrests and vote-rigging concerns marked his Sunday election victory. 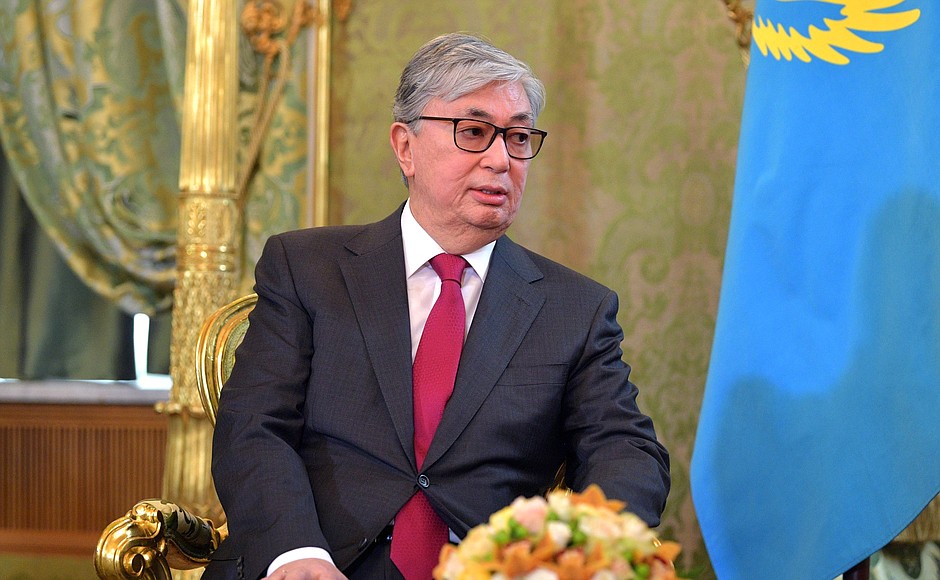 President of Kazakhstan Kassym-Jomart Tokayev (kremlin.ru)Tokayev served as interim president since Nazarbayev left office in March after ruling the country for three decades. He won more than 70 per cent of the vote and has been described by the Guardian as his loyal lieutenant.

Tokayev, who renamed the country’s capital Nur-Sultan after the previous president, pledged during his inauguration speech that "different opinions, united nation" would be the slogan of his presidency, according to RTE.

Kazakhs who had hoped elections could bring changes took to the streets on election day to protest against what they perceived as a continuation of the same regime they had.

More than 1,000 were detained in the country’s three largest cities: Almaty, Nur-Sultan and Shymkent, according to the news portal Vlast. Among the detained were representatives of local human rights organizations as well as local and foreign journalists. Some detainees in Almaty have gone on hunger strike, Vlast reported.

Detainees were processed by ad hoc courts and some attorneys stated that they didn’t have access to their defendants. The police station in Nur-Sultan was too small for all the detainees to fit in and police transported some of them to neighboring towns. Authorities never informed anyone about the whereabouts of all the people they were holding.

Independent monitoring teams were also targeted and youth observers’ network Next.kz told OCCRP that its Instagram account was hacked and deleted after it published evidence of election violations. Another NGO, Echo, reported that someone created fake accounts on Instagram and Telegram to impersonate the organization.

Independent observers reported various irregularities at the polling stations. One said that someone knocked his smartphone out of his hand when he was filming an argument between another observer and the head of a polling station in Almaty.

The General Prosecutor’s Office stated at a press conference that it was aware of 19 violations throughout the country while independent monitoring teams continue to claim that there were significantly more.

The NGOs director Yelena Shvetzova told OCCRP that several observers where detained when the time to count the votes. Police forced them to write confessions about breaching public order.

Other observers reported ghost voting, group voting, agitation, and violations of absentee voting procedures. Those whose relatives have governmental jobs, still face pressure. According to Shvetzova, strangers approached several of her volunteers ordering them to not share the videos with election violations in the internet.

Internet blackouts on the election day complicated communication for the observers. According to the NetBlocks Group, online streaming services and internet access in general were restricted for users from Kazakhstan for most of the day, and was restricted again on Wednesday for the new President’s swearing in. Several observers also reported about  internet blocking equipment found around voting stations.