A Russian investigative journalist who was arrested on Thursday in Moscow was formally charged on Saturday with intent to sell drugs that police claim they found when they searched him and his home. 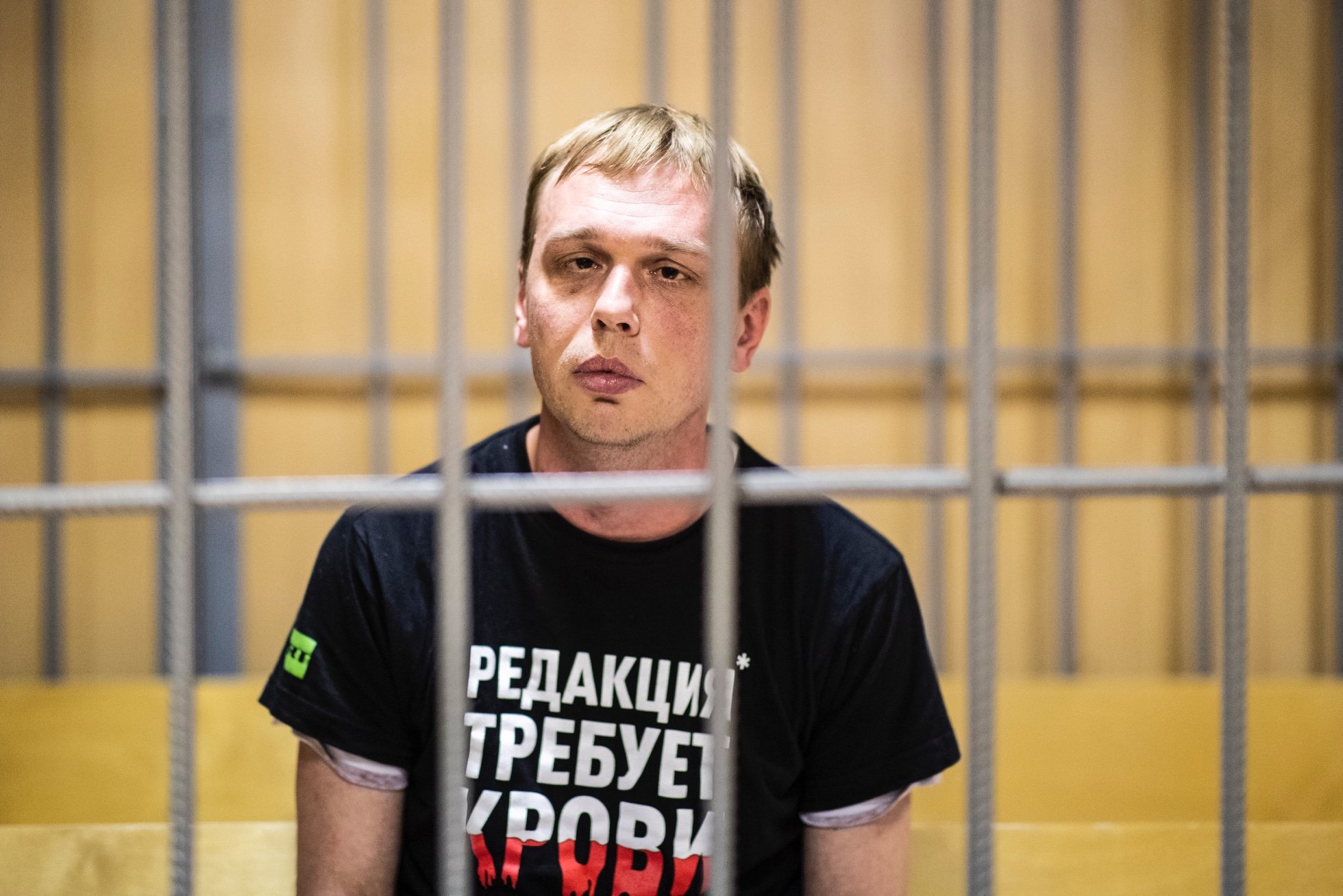 Ivan Golunov in court (Evgeny Feldman for Medusa)If convicted, he could face up to two decades in prison but Ivan Golunov claims the drugs were planted by police and that officers had beaten him during and after arrest. Police deny both claims.

The journalist was sent to the hospital on Saturday with a concussion, hematoma, and possibly a broken rib, according to his Latvian-based news site Meduza.

On Friday night, the Ministry of Interior Affairs posted a series of nine photos of what they claimed were drugs found in the reporter’s Moscow apartment, only one of which Golunov’s friends could identify as having been taken in his apartment.

Police then backtracked and confirmed that indeed only one of the photos was taken in his apartment, saying that the others were taken during an investigation into connections to Golunov.

His lawyer, Dmitry Dzhulai, said that his client hasn’t slept or eaten in two days, and that he is covered with abrasions sustained during police processing. Videos of the reporter posted to Telegram on Saturday seem to confirm the claim.

Golunov said he sustained the injuries while police dragged him as he cried for a lawyer on Friday.

A court put Golunov on house arrest late on Saturday. He will remain barred from contacting other journalists for the next two months, Meduza reported.

Protests sprung up around the world, as press freedom advocates called for Golunov to be released.

Meduza is posting updates about their detained employee.