A former key member of ex Kyrgyzstan President Almazbek Atambaev’s administration was arrested Sunday and is being detained, the latest Atambaev aide suspected of corruption while in office. 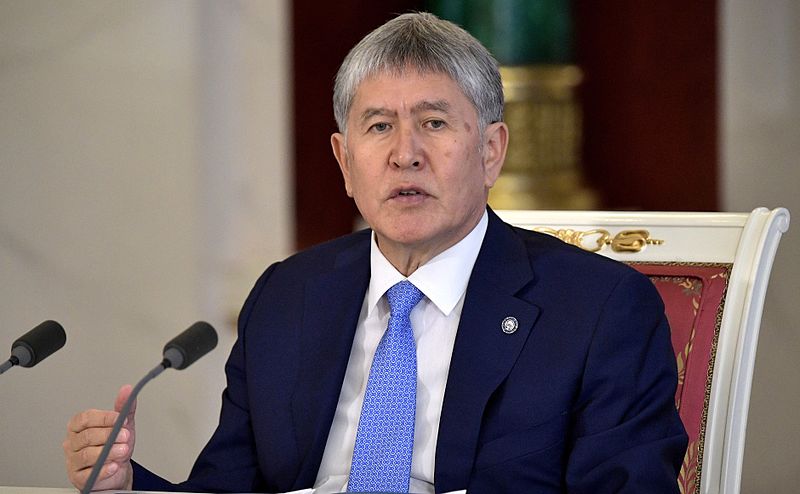 In its statement the UKMK reiterated its dedication to pursuing measures aimed at “bringing to justice persons involved in the abuse of their official position in the interests of certain criminal groups,” noted AKI Press, an independent news agency in Kyrgyzstan.

Committee’s spokesman Rakhat Sulaimanov did not specify the charges against Arabaev.

The former chief worked for several years for Atambaev before becoming a department head in 2015, according Radio Free Europe. He was let go in May 2018 after allegedly losing the confidence of the political leadership, reported AKI Press.

A month later the Prosecutor General’s Office ordered an examination of the possibility that Arabaev had interfered with court decisions, AKI Press noted. However, no conclusive evidence of wrongdoing was found.

When Atambaev left office in 2017 he was replaced by his hand-picked successor, current President Sooronbai Jeenbekov. The relationship between the two men soured and within months as they publicly criticized and insulted one another with accusations of incompetence and unprofessionalism, according to Radio Free Europe.

The tensions between them were  heightened when Jeenbekov began firing officials seen as too close to Atambaev, including former head of the State Committee for National Security, Abdil Segizbayev, according to The Diplomat.

Arabaev is not the first of the former president’s associates to face corruption allegations. In February preliminary hearings began for eight Atambaev’s allies charged with corruption and abuse of office.

Some politicians have called for an investigation of the ex-president himself.

The growing rift between the two men heightened divisions within their shared Social Democratic Party (SDPK), according to Radio Free Europe.

New legislation that went into force May 27 allows for prosecution of former heads of state if parliament strips them of their status as “ex-president” which comes with immunity. This would only be done in the case of “serious crimes,” though the law did not clearly define what those are.