After the United States sanctioned a Mexican judge and a former governor for allegedly taking bribes from drug cartels, Mexican President Andres Manuel López Obrador announced on Tuesday that he will go after other judges who have made similar deals. 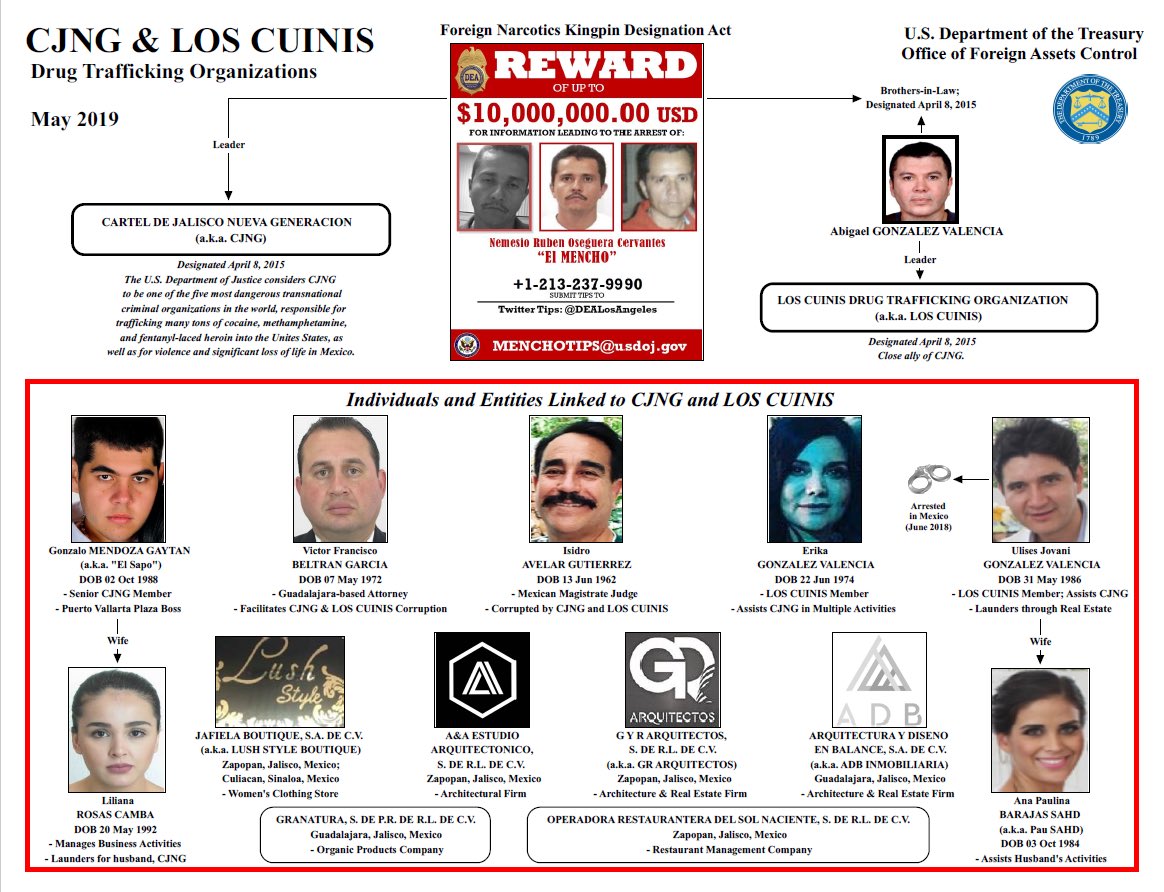 “I have received instructions from the president of the republic to go after anybody regardless of their position or party loyalty,” Nieto told the agency.

Investigations into other judges suspected of having taken bribes from organized crime groups are ongoing, according to Nieto.

Likewise, Roberto Sandoval Castaneda, the former governor of Nayarit state, is suspected of accepting bribes from drug cartels, including CJNG, as well as misappropriating state assets, according to the U.S. Treasury press release.

The sanctions block all property or interests in property owned by the men and forbid any transactions with U.S. persons and on U.S. soil.

The U.S. Treasury Department also stated that it had designated six other individuals and six Mexican entities as being linked to CJNG or Los Cuinis.

“We are working in coordination with various institutions of the Mexican state in cases related to corruption in the judicial system,” Nieto said in the interview. “The Mexican financial system must not be used by criminal groups to launder money.”

López Obrador took office in December 2018 after a landslide victory following a campaign in which he promised to curtail corruption. Since taking office he has faced criticism that not enough was being done to advance this goal, according to the New York Times.

Nieto noted, however, that shortly after taking office the President began targeting the finances of the CJNG, which he called the first step in preventing organized crime groups from flourishing with impunity.

Mexico’s drug war began in 2006, when the state deployed armed forces to crack down on the cartels. According to the Wall Street Journal, the drug war has taken approximately 200,000 lives while more than 37,000 people have gone missing.