The European Union launched on Thursday a €2.2 million (US $2.5 million) initiative to fight corruption and organized crime in Bosnia and Herzegovina. 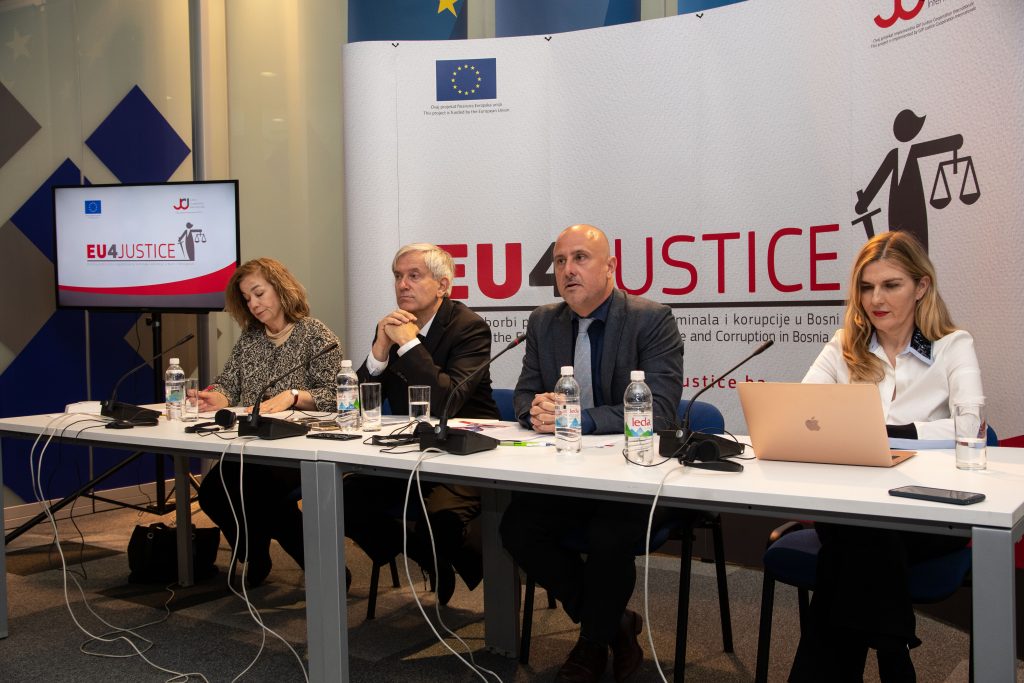 Khaldoun Sinno, Charge d’Affairs of the Delegation of the EU to Bosnia and Herzegovina, noted during a press conference held for the project’s launch, that there would be a host of experts from EU member states available to help increase Bosnian citizens’ trust in their justice system, which Sinno called the crux of the project.

The French Ambassador to Bosnia and Herzegovina, Guillaume Rousson, noted that in light of the European Commission upcoming Opinion on Bosnia and Herzegovina’s membership application, many EU member states, especially France, are taking a keen interest in the area of Rule of Law which the project supports.

Over the next two years the project will work to strengthen the supervision and control of prosecution offices and to increase the capacity, resources, and control of the Office of the Disciplinary Council, according to a press release by Euro4justice.

The project will also hold joint trainings on fighting organized crime, corruption, and various economic crimes (such as tax evasion and fraud). It will improve the results of seizures of illegally acquired assets.

“The key goal is to improve the interdisciplinary approach in the fight against corruption and organized and financial crime along the whole justice chain,” said Isabelle Arnal, team leader for EU4Justice.

The project will be run by Justice Coopération Internationale (GIP JCI), which is the implementing body of the French Ministry of Justice and enlists experts from the French legal community.

The EU is currently putting forth €15 million ($16.7 million) to support Rule of Law in Bosnia and Herzegovina through ongoing and planned assistance that it sees as crucial for the country’s citizens as well as its overall economic development.