Georgian activists asked the Parliament to sack a top judicial official after media revealed he was fraudulently elected and had ties to a clan alleged to control the country’s judiciary. 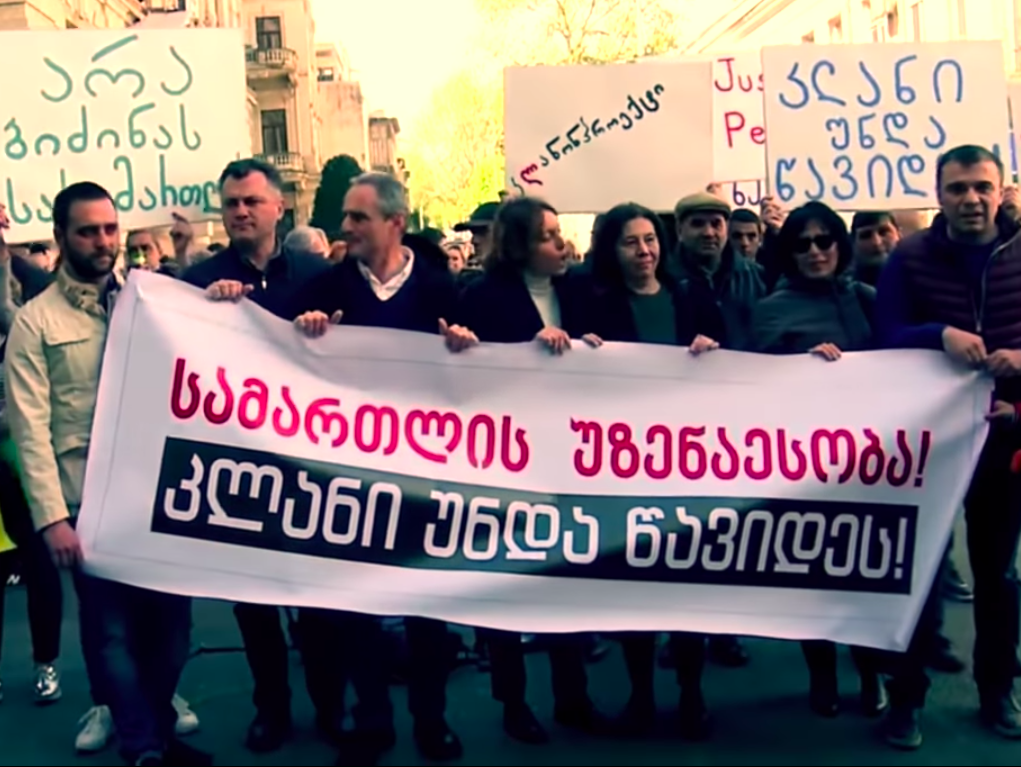 Activists demand Kharebava's firing (Liberty Monitor)Citing procedural violations in how he was appointed, the activists urged Parliament to “terminate the office of Zaza Kharebava,” Tuesday’s statement of the Coalition for an Independent and Transparent Judiciary said.

Zaza Kharebava joined the High Council of Justice, HCOJ - a body that monitors the judiciary and appoints judges - in June 2017. His candidacy was submitted by a non-governmental organization and confirmed by the Parliament.

However, after investigating his appointment, independent outlet RFE/RL's Liberty Monitor revealed beginning of May that the NGO was not eligible to propose candidates. Moreover, reporters found that Kharebava was a friend of a HCOJ member and deputy head of the Georgian Appellate Court, Irakli Shengelia.

Or, more precisely, Shengelia is Kharebava’s best man and his child’s godfather, according to Liberty Monitor.

Less than three month after he joined the HCOJ, Kharebava provided the decisive 10th vote Shengelia needed to be appointed as lifelong Appellate Court judge.

The revelation fueled the already ongoing protests in Tbilisi against what demonstrators called “the clan” that runs the judiciary.

Dozens gathered in front of the Parliament and the Supreme Court, carrying banners that read “The Clan Must Go!” and “Let’s Save the Judiciary!” or “No Justice, No Peace.”

The protesters called for the removal of the head of the Appellate Court, Mikheil Chinchaladze, whom they accuse of heading the judicial clan.

The activists based their demand on the fact that the NGO that nominated Kharebava could not prove it ever dealt with judicial matters.

Since the Parliament’s confirmation of an unqualified organization’s candidate violates the rules and the law, the activists were requesting Kharebava’s dismissal.

Kharebava stated on Wednesday that none of the activist’s claims were true and they were trying to discredit him.