An Indian national who operated a network of fraudulent call centers that intimidated and defrauded US residents out of hundreds of millions of dollars was arrested and extradited from Singapore to the US on Friday. 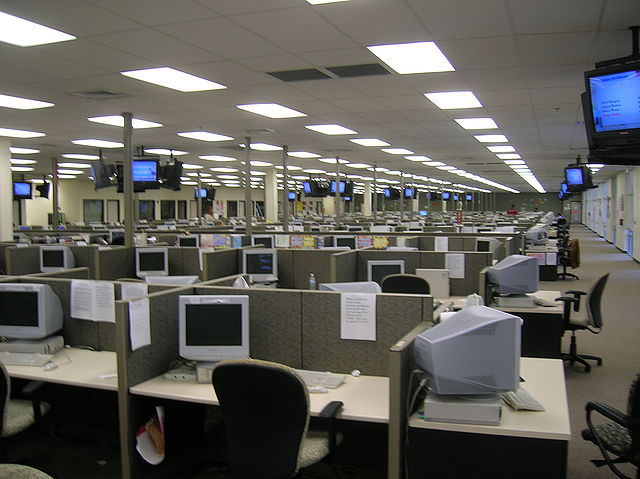 A call center (Wikimedia) “Hitesh Patel operated a call center that allegedly preyed upon vulnerable U.S. citizens as part of a massive fraud scheme,” said Brian Benczkowski, assistant attorney general at the US department of justice.

Patel’s ran a conglomerate called HGlobal, according to the US Department of Justice. The conglomerate had a network of call centers based in Ahmedabad, India.

Conspirators used information from data brokers to identify potential victims.They then would call them and impersonate officials from the US IRS or US immigration officials. They would threaten their victims with arrest, deportation, or massive fines unless the victims paid “taxes” or “penalties.”

Once victims agreed to pay, they laundered the money through a number of US-based partners, using wire transfers or stored value cards that had been registered under false names.

Patel’s conglomerate also defrauded victims by offering them ‘short-term loans’ and then stealing the deposit without ever fronting the cash.

“This historic extradition should serve as notice to transnational criminal organizations of the lengths DHS is willing to go to arrest those who would enrich themselves by extorting the most vulnerable in our society,” said David Green, a special agent in the US department of homeland security.

Singaporean authorities apprehended Patel at a request from the US government issued last September. A warrant for Patel was issued in Singapore in March.

Twenty-four US residents have been previously convicted in connection with this scheme.