US Imposes More Sanctions on Venezuela and Its Key Allies

Washington added more sanctions last week on Venezuela and two of its key allies, Nicaragua and Cuba, as the Trump administration ramps up its efforts to push Venezuela’s leader Nicolas Maduro out of office. 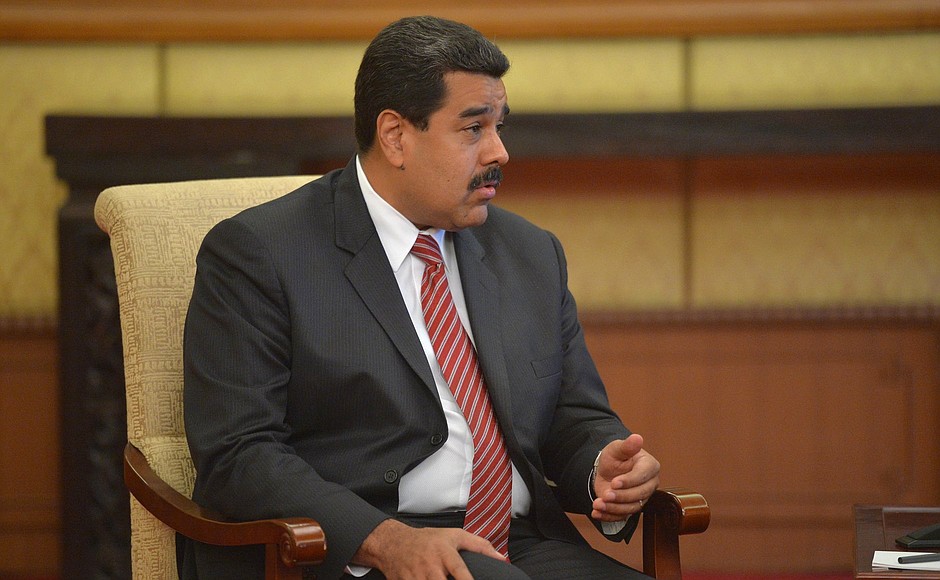 “Treasury is designating the Central Bank of Venezuela to prevent it from being used as a tool of the illegitimate Maduro regime, which continues to plunder Venezuelan assets and exploit government institutions to enrich corrupt insiders,” said Treasury Secretary Steven T. Mnuchin, according to a Treasury Department press release, adding that the US is “committed to helping the Venezuelan people.”

The move “illustrates the Trump Administration’s resolve to prevent the Maduro regime from gaining access to the U.S. financial system,” the press release continued.

All Central Bank assets in the United States are now frozen, and US residents and citizens are prohibited from doing business with the bank or its director, Iliana Josefa Ruzza Teran.

The very same day, the Treasury Department also sanctioned Laureano Ortega Murillo, the son of Nicaragua’s president, and a Nicaraguan bank in an effort to target “corrupt financial operations and Ortega regime support networks,” according to a second press release.

“President Ortega, Vice President Murillo, and members of their inner circle continue to engage in blatant corruption, violence, and violations of basic human rights. The corrupt Ortega regime has ignored the Nicaraguan people’s calls for reform, including the freeing of all political prisoners, and early transparent elections,” Sigal Mandelker, Under Secretary of the Treasury for Terrorism and Financial Intelligence, was quoted in the press release.

Since April 2018, 325 persons have died, more than 2,000 have been injured, hundreds of political and civil society actors have been imprisoned and over 42,000 Nicaraguans have fled as refugees to Costa Rica, the press release says.

The sanctions aim to punish Laureano and BanCorp “for their roles in corruption and money laundering for the personal gain of the Ortega regime.”

Laureano, who the press release says is “an extension” of his parents, the president and vice president, allegedly has a pattern of corrupt behavior and continues to use a company created to build a canal as a means to launder money and acquire property along the planned canal route.

In a final stab at Maduro’s regime, National Security Advisor John Bolton announced in a speech last Wednesday in Coral Gables, Florida that the government will tighten restrictions on travel and remittances to Cuba, the Miami Herald reported.

“In no uncertain terms, the Obama administration’s policies toward Cuba have enabled the Cuban colonization of Venezuela today,” Bolton said. The move will reverse “disastrous Obama-era policies, and finally end the glamorization of socialism and communism,” he added.

The new policy will limit travel to Cuba for reasons other than family visits, a move that will likely negatively affect tourism.

Bolton also announced that the US will begin enforcing a never-before implemented provision of the trade embargo against Cuba. Title III of the Helms-Burton Act (1996) allows US citizens to file lawsuits in US federal court against businesses that operate on property seized by the Fidel Castro during the revolution.

The administration will also take “clear action” to implement Title IV of the Act, which targets foreign “aliens.”

“Anyone who traffics in property stolen from Americans will not be issued a visa to the United States. They are not welcome here,” Bolton said in the speech, to loud applause.