The American Civil Liberties Union (ACLU) of Montana, a nonprofit legal organization, filed a federal lawsuit Wednesday against members of the bail bonds industry, including bail bondsmen, bounty hunters and insurance companies, who it says amount to organized crime actors. 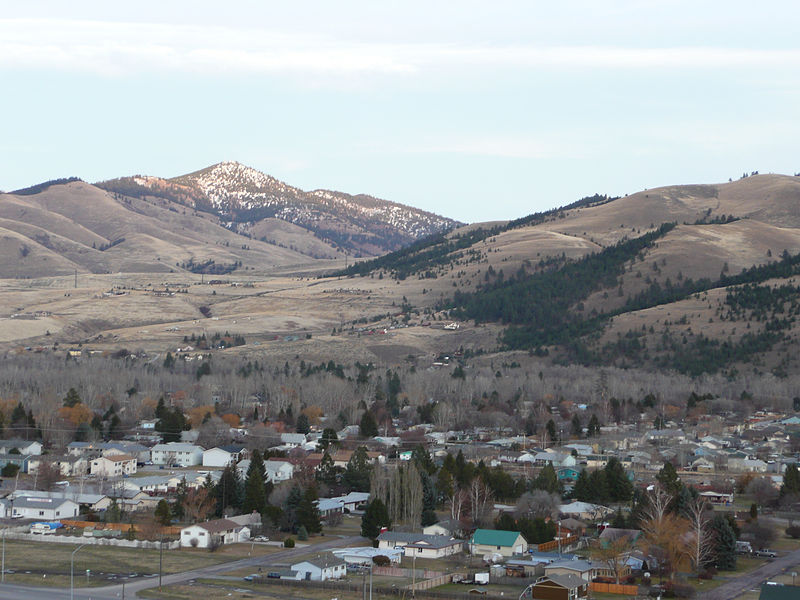 The small town of Lolo, Montana, where the defendant in the ACLU's lawsuit lives. (Photo: Wikipedia, CC BY-SA 3.0)The organization is suing five parties in Montana and two out-of-state insurance companies over an April 2017 incident in which armed bounty hunters entered a local man’s house in the small town of Lolo, just south of the city of Missoula, in western Montana, and took him away for inadvertently missing a court hearing a few days before concerning two misdemeanor traffic charges.

A bail bondsman, or bail bond agent, is an individual employed by an insurance company who acts as a surety or pledges money or property in return for guaranteeing that a criminal defendant will appear in court. In exchange, the bondsperson charges the defendant a fee, usually around 10 percent of the bail.

“In Montana and throughout the country, private companies profit off of presumptively innocent people who cannot afford to pay an upfront money bond requirement to secure their freedom,” the lawsuit’s preliminary statement reads.

“These companies impose financial, physical, and personal harms—including invasion of privacy, stigmatization, and burdens on family members—on the persons with whom they contract, yet they generally evade accountability,” the statement continues.

In its first lawsuit against the private, for-profit bail industry, the ACLU is bringing claims against the defendants for, among other crimes, violations of the Racketeer Influenced and Corrupt Organizations Act (RICO), which is usually used to target organized crime groups.

RICO, which was enacted as part of President Richard Nixon’s Organized Crime Control Act of 1970, allows the leaders of a crime syndicate to be tried for crimes they ordered others to do or assisted them in doing. The law closes a loophole that previously allowed crime ring leaders to avoid prosecution for crimes that they themselves did not commit.

The ACLU lawsuit details how late at night in spring 2017, “a military-style assault team kicked in the front door of the home of Eugene Mitchell and Shayleen Meuchell. With weapons drawn, several people entered the couple’s bedroom to find Mr. Mitchell and Ms. Meuchell in bed with their four-year-old daughter. The intruders were not police officers or soldiers; they were private-citizen bounty hunters who claimed authority to arrest Mr. Mitchell due toa forfeited bail bond.”

Three months earlier, the lawsuit explains, Mitchell had entered into a private bail bond agreement with a Missoula bail bondsman while facing two misdemeanor charges: driving with a suspended license and without proof of insurance. Mitchell only owed the bondsman US$115, according to local media.

“This experience turned my life upside down,” said Mitchell, according to the ACLU. “I didn’t feel like we had another option at the time — we couldn’t afford the bond and I needed to be released to work and support my family. This incident was traumatizing. Two years later, my daughter still runs and hides whenever anyone knocks at the door. My wife is nervous to be home alone. We’re all still waiting for things to feel normal again.”

“These bondsman and bounty hunters took the law into their own hands, inducing terror and trauma on this family,” said Alex Rate, legal director of the ACLU Montana. “This type of vigilantism is disturbing and deeply damaging.”

Another part of the problem is the power bounty hunters still hold in Montana. Last year, a judge in Missoula called on the state legislature to pass more stringent laws against bounty hunters.

Judge Robert “Dusty” Deschamps was forced to dismiss burglary charges against a bounty hunter because there are no specific state laws limiting those individuals and the most relevant federal law is 150 years old, local media reported.

The lack of regulation on bounty hunters means that “tyranny on the streets reigns free,” Judge Deschamps said.

Mitchell, the ACLU’s plaintiff, is just one of hundreds of thousands of American continually affected by the for-profit bail industry. The ACLU estimates that today roughly 440,000 people across the country—70 percent of people incarcerated in jail at any given time—are in pre-trial detention, often because they cannot afford to make bail.

While nearly half of Americans would be unable to pay for an unexpected expense of $400, the ACLU says, the national median bail for a felony arrest is $11,700. Those who cannot pay may find themselves incarcerated in modern-day debtors’ prisons.

The for-profit bail industry has grown dramatically over the past few decades. In 1990, just 24 percent of felony cases required payment for release, but by 2009, that number had almost doubled to 42 percent, according to the ACLU. That growth is largely driven by insurers, who work with lobbyists to pass legislation to protect and expand for-profit bail.

“It’s easy to look at the bounty hunters who charged into Mr. Mitchell’s home as the villains of the story,” said Andrea Woods, staff attorney at the ACLU’s Criminal Law Reform Project. “But the insurance companies are making billion dollar profits off this predatory behavior. They’re the ones who fund the lobbyists to enact laws that enable this to continue unfettered. They must be held accountable.”

Currently, the United States and Philippines are the only two countries in the world that allow for-profit bail.