Kyrgyz authorities removed on Friday the head of the institution charged with issuing passports, a day after reporters published an investigation into a fraudulent tender procedure that saw a Lithuanian company winning the bid although not meeting tender requirements. 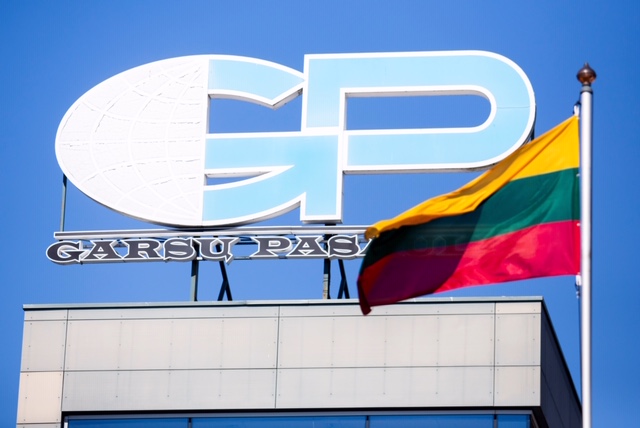 Garsu Pasaulis sign (Photo: Lukas Balandis 15min.)The removal of Alina Shaikova, the head of the State Registry Service, the agency that issues passports, came also three days after law enforcement detained three agency officials involved in awarding the 940 million soms (US$13.4 million) job. The three are accused of corruption and will remain in custody until June.

The investigation focuses on a State Registry Service tender to obtain biometric passport booklets. The winner was announced in February but the country’s state security agency, known as the GKNB, has accused both current and former government officials of accepting bribes from the winner in the form of payment for international travel.

Reporters from Kyrgyzstani web outlet Kloop and OCCRP found that Garsu Pausalis had also not met the tender requirements and that, in fact, it’s competitors had been disqualified for less.

Shaikova was replaced with the ex-mayor of the small city of Almazbek Mambetov who was reсently starring in another small scandal.

Commenting Kyrgyz activist’s Facebook posts about the cutting of trees for the construction of a road, Mambetov wrote in August 2018 that “dogs may bark, but the caravan moves on.”

In his next post he said he was commenting in the capacity of the mayor.

Several hours later his posts were deleted and his office wrote on its official Facebook page that Mambetov’s account was hacked. His press secretary Mirgul Janserkeeva told journalists that her boss has said that he did not write the comments.

This was not Mambetov’s only scandal. In 2017, his predecessor Satybek Shamshudinov released an audio recording of a conversation in which Mambetov can be heard swearing and threatening Shamshudinov with a lawsuit. It is not clear form the recording why Mambetov would be suing but he did use obscene language.