Bulgaria’s Deputy Minister of Economy resigned Wednesday following the publication of an investigation by OCCRP member center Bivol that suggested he used a guesthouse built with EU money as his own private vacation home. 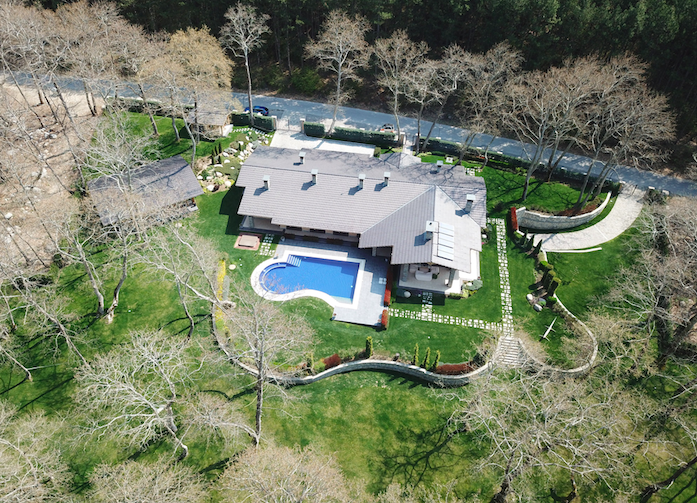 An aerial photo of the estate journalists say Manolev used as his own vacation home. (Photo: Bivol)The Prosecutor’s Office announced this week it was launching a probe into Alexander Manolev, the minister, following Bivol’s report, the outlet said.

Manolev named the probe as one of the reasons for his resignation, as well as solidarity with other innocent officials who stepped down from their posts following accusations of abuse of office, according to a government press release.

“I’m sure there's nothing against me in the documents, but I can not put my family through this. Thank you for your trust. My decision is personal,” Manolev said.

Last week OCCRP’s Bulgarian member center Bivol published a report alleging that Manolev owned a plot of land on which a US$218,600 guesthouse funded by the EU’s Rural Development Program had been built.

The State Fund Agriculture (SFA), the body in charge of distributing the EU money, approved the payment in December 2015, one month after Manolev was appointed Deputy Minister of Tourism, a position he held before Deputy Minister of Economy, according to the Bivol investigation.

Reporters determined Manolev bought the 1,800-square-meter plot of land in early 2013 from a company called “DDV,” which is owned by Kelgrin, Inc., a Panamanian offshore company. A month following the purchase, Manolev obtained a permit to build a 530-square-meter guesthouse for a company called “Agrotrade—Ana Dimitrova,” whose sole owner was registered at Manolev’s sister’s address only a week after he bought the land.

That company then applied to the SFA for a subsidy under the EU development program. Bivol estimates the total cost of the project at $324,600. The estate was completed in October 2015 and inspected by the SFA that November, when Manolev became Deputy Minister of Tourism.

The villa is located near the southwest resort town of Sandansk in an area known for its mineral water. The property boasts a large pool filled with such water diverted three kilometers from its source.

When Bivol contacted Manolev for comment, he said he had no property in Sandanski, having sold it in 2012. But the minister’s property declarations for 2016 show that he owned the land at that time.

And while the EU funds are supposed to go to help develop rural tourism, Bivol says the estate “has never functioned as a family hotel.” Instead, Manolev and his family use it as their private vacation home.

Bivol has identified over 300 such “fake” guesthouses, but says authorities have never conducted a probe into the entire scheme. The outlet has developed an interactive map that plots the location of private villas they suspect were paid for with government funds.