An internal investigation found that Deutsche Bank may have breached anti-corruption regulations through its involvement in money laundering and that it could face penalties, while its senior management could risk prosecution. 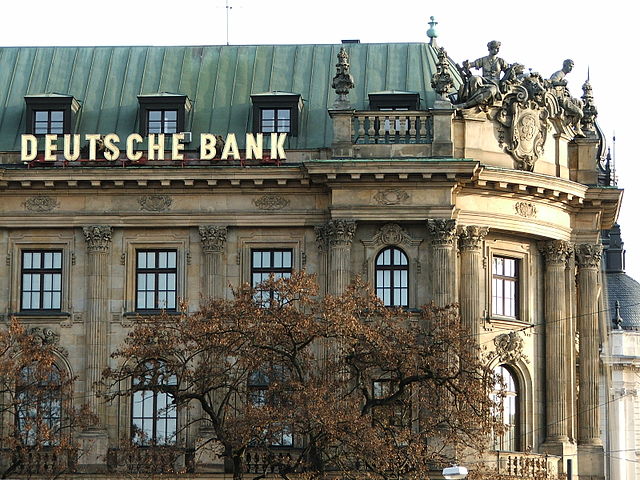 Deutsche Bank (CC 2.0)
The document, a presentation made by Deutsche Bank’s anti-financial crime unit last April, was obtained by the Guardian and shared with OCCRP.

It evaluates Deutsche Bank’s involvement in the Russian Laundromat - a scheme uncovered by OCCRP which saw some US$20 billion of Russian money laundered through banks in Moldova and injected into the European financial system.

Crucially, it says that the bank was unaware of the possibility that it was channeling billions in illicit cash into the European financial system until the OCCRP ran its story.

“Until the publication of the intelligence on the OCCRP website in March 2017, Deutsche Bank was not aware of this money laundering scheme,” says the document.

According to the document, Deutsche Bank had by last year filed Suspicious Activity Reports (SARs) on over a hundred clients as a result of its own investigation of the Laundromat.

The bank admits the affair could damage its “global brand,” cause financial loss for its clients who could take legal action against the bank.

The report called for the bank to update its watch list with suspicious clients it had found in its internal review, and to mull changing its alert system for money coming from shell companies.

Contacted by OCCRP, Deutsche Bank declined comment on whether its investigation into the Russian Laundromat was ongoing.

However, it directed reporters toward a compliance agreement it reached with the New York State Department of Financial Services regarding the bank’s involvement in another Russian money laundering scheme--mirror trading in securities--from 2011 to 2015.

“Afflicted with inadequate AML control policies, procedures, and structures, Deutsche Bank missed several key opportunities to identify and interdict this scheme,” said that agreement, which required the bank to pay the regulator US$425,000,000.

It adds that “greed and corruption” motivated Deutsche Bank traders in Moscow.

Deutsche Bank has been wracked with scandal in recent years over its involvement in a slew of money laundering schemes. These include the Russian Laundromat, the mirror-trading scandal which saw US $10 billion of dirty Russian money laundered through the bank’s Moscow branch, and another scheme linked to Danske Bank’s alleged facilitation of money laundering through its Estonian branch.

German authorities seized in February 50 million euros (US$56.7 million) believed to be derived from the Russian Laundromat.