In the twenty years since the small, post-Soviet nation of Georgia joined the Council of Europe, and thirty years since Soviet troops violently suppressed civilian protests there, the country has made significant progress towards democracy, but continues to require improvement in areas such as constitutional reforms, human rights and respect of the rule of law. 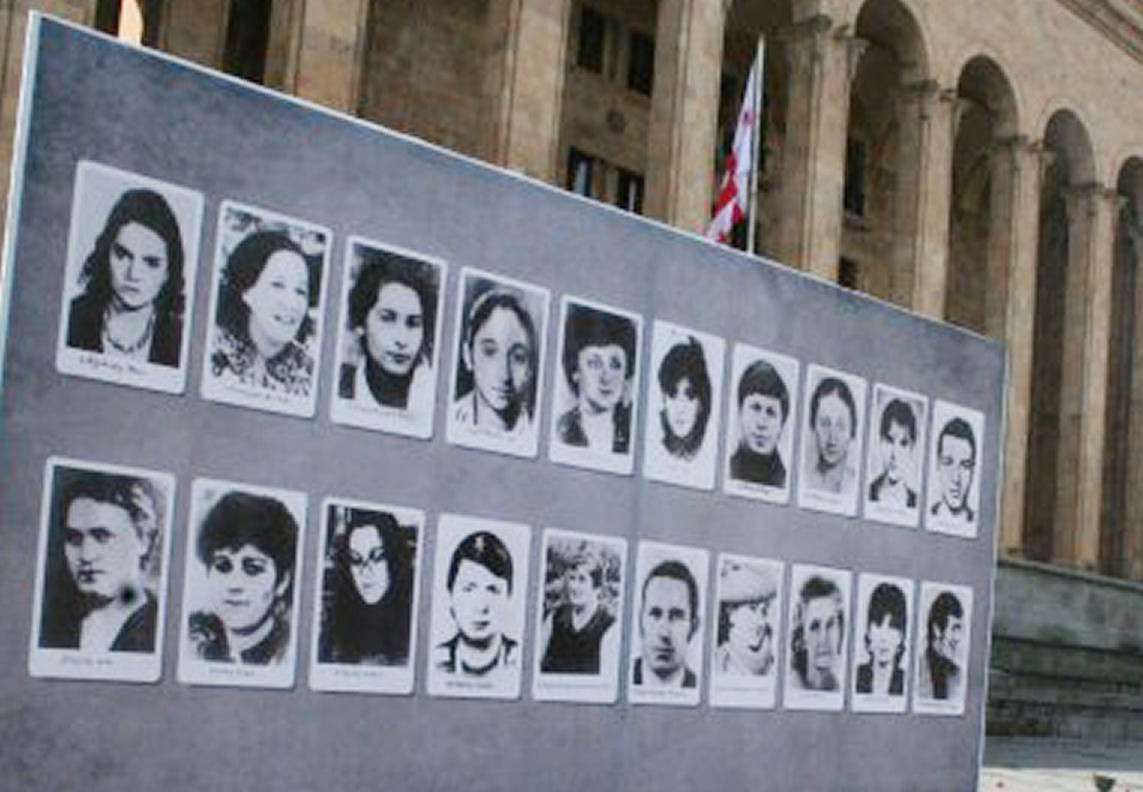 Photographs of the victims of the April 9, 1989 demonstrations on a billboard in Tbilisi. (Photo: Wikipedia, George Barateli, Public Domain)This Tuesday the country celebrated the thirtieth anniversary of the April 9, 1989 anti-Soviet demonstrations, in which crowds of peaceful marchers were bloodily dispersed by the Soviet army in the center of Tbilisi, the country’s capital, resulting in the death of 20 people, 17 of them women. Two years following the protests, Georgia gained its independence.

In a speech addressing the Parliamentary Assembly of the Council of Europe (CoE) in Strasbourg on Wednesday, Georgian Prime Minister Mamuka Bakhtadze referred to the events of April 9 as proof of the nation’s commitment to European liberalism in the face of Soviet oppression.

“With this fight and sacrifice [the April 9 demonstrations], Georgia has gained its European identity back, which seemed so distant thirty years ago,” Bakhtadze said.

The Prime Minister dedicated his speech “to all the people who have sacrificed their lives for my country’s unity and freedom.”

Georgia joined the Council of Europe in April 1999, just over a decade following the demonstration. The country’s progress over the past twenty years is due both to the efforts of Georgia itself and the Council of Europe, “and therefore we both can be proud of it,” the Prime Minister said.

“We have achieved almost [the] impossible,” Bakhtadze added.

But while the Prime Minister referred to his country as a “model of democracy” that survived a “dramatic transformation,” recent findings from a public opinion survey commissioned by Transparency International Georgia found that trust in the judiciary—one of the success stories in Bakhtadze’s speech—is very low.

The survey, conducted by the Caucasus Research Resource Centers (CRRC) early this spring, found that, in fact, the judiciary is one of the least trusted institutions in the country.

Overall, more respondents distrusted election authorities, the prime minister, NGOs, courts and the parliament than believed in those institutions.

The just over half (53 percent) of those surveyed said they believe the judiciary is under the influence of the ruling party, Georgian Dream, and half think the court system is unfair.

Eighty-three percent of the surveyed population thought that judges who made “unfair decisions as a result of pressure in the past” should be removed from their positions of power, and nearly one-half (46 percent) said the first step towards improving trust in the courts would be to hire completely new judges.

Ahead of this year’s April 9 commemoration, the founder and chair of the Georgian Dream, billionaire Bidzina Ivanishvili, released a statement in which he applauded Georgian’s “unconditional love for our homeland” during the dark Soviet period.

Georgia, he continued, found itself again in dire straits—governed by “a cynical model of oriental tyranny”—until April 2012, when Ivanishvili founded Georgian Dream.

“For seven years now, the country has been governed by a policy of rationalism that brought a continuous foreign and civil peace that is unprecedented in the history of independent Georgia,” he said in the statement.

It would “unimaginable” for Georgia to return to the years before his party gained power.

“The irreversibility of the advancement of the Georgian state is based only on the unification of society,” Ivanishvili wrote.