Romania Warned as Government Tries to Save Dragnea

With Romania’s Social Democrats once again threatening to undermine the country’s legal system through emergency ordinance, the US and a slew of European nations issued an international warning to the country to beware its eroding rule of law. 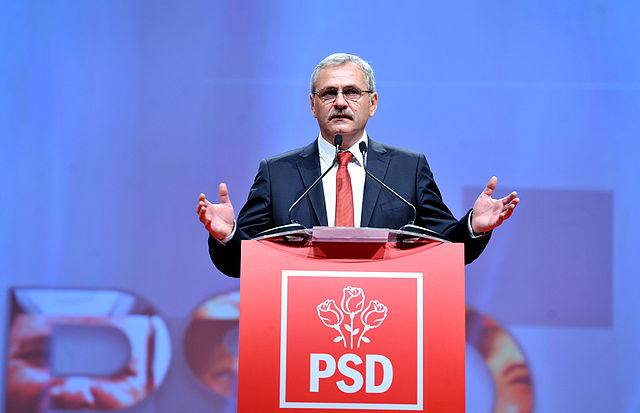 Liviu Dragnea (CC 2.0)“We, Romania’s international partners and allies, call on all parties involved in drafting emergency government ordinances modifying justice sector laws to avoid changes that would weaken the rule of law and Romania’s ability to fight crime or corruption,” said the warning, posted to the website of the US embassy in Romania.

The European Commission also sent a warning to the country.

The emergency ordinances, proposed last week by Romania’s Social Democrat-led government, would change the country’s penal code to the advantage of Liviu Dragnea, a Romanian politician who leads the Social Democrats.

In particular, one part of the emergency ordinance would change the statute of limitations for crimes of which Dragnea has been convicted--that is, corruption and abuse of his position during his time as Councilman of Teleorman County--according to local media.

Under the new ordinance, the statute of limitations for these crimes would expire in 2018, rendering Dragnea immune to prosecution.

Dragnea’s trial for instigation to abuse of power has slogged on for over two years now. He was convicted last spring and handed a suspended sentence of three and a half years. He appealed that sentence and faces another court date on April 15--possibly the last.

Last week’s efforts to amend the penal code is not the first time the Social Democrats have attempted to pass legislation that would get Dragnea out of prison. In January 2017, Romania’s Justice Ministry passed an emergency ordinance that broadly decriminalized low-level corruption.

Thousands took to the streets in the belief that the ordinance was a bald attempt to get Dragnea out of jail.

Contacted on Wednesday, Transparency International Romania said it was not aware of the content of possible changes to Romania’s penal code.

However, it added that “as a impartial reviewer of country evolution, we have to alert general public opinion that the rule of law in Romania is eroding,” citing a number of factors like threats to the independent judiciary and police attacking judicial units.