Report: Illegal Trade in a Greenhouse Gas Rampant in EU

EU’s tight regulations of greenhouse gases seem to have caused an eruption of criminal trade of hydrofluorocarbons (HFC), synthetic chemicals hundreds of thousands of times stronger than carbon dioxide and used in many common household products, according to a new report published Tuesday by the Environmental Investigation Agency (EIA), a UK-based NGO. 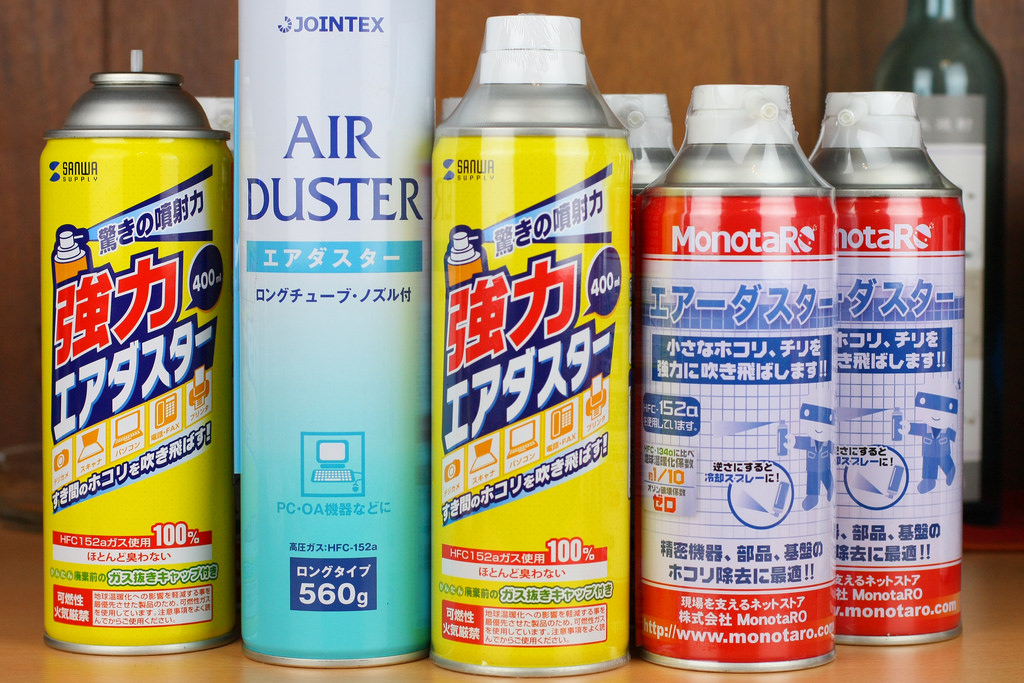 HFCs are found in common products such as aerosols. (Photo: Flickr)HFC gases are used in common appliances like refrigerators and air-conditioners, as well as in fire protection, aerosols and foams. The EU instituted a global “phase-down” of fluorinated gases (‘F-gases’), which includes HFCs, in 2014, and by 2030 hopes to cut F-gas emissions by two-thirds compared with 2014 levels, according to a European Commission factsheet.

The projected emission savings are 1.5 gigatonnes by 2030 and five gigatonnes by 2050, according to the EC factsheet. The latter figure is more than all the CO2 produced by a billion return flights from Paris to New York and more than the sum of all greenhouse gases emitted in the EU in a single year.

“Cutting HFC use is one of the most effective tools to help prevent runaway climate change – but its impact could be significantly undermined by illegal trade,” Clare Perry, Climate Campaigns Leader at EIA, said in a press release.

And despite restricting legislation, EIA’s new report says that trade in HFCs is actually on the rise, with 2018 in particular “witnessing a deluge” of illegal HFC use and trade across the EU.

EIA says reports of illegal (non-quota) HFCs in the EU began to surface as early as 2016, and in spite of significant stockpiling of HFCs in 2014 before the EU regulation went into effect that same year.

The multinational conglomerate Honeywell, a major producer of HFCs, said that 10 million tonnes of CO2-equivalent HFCs was illegally imported in 2015, more than five percent of the total quota. Scores of reports on illegal HFC use and trade have been made since.

EIA analysis of customs data for 2018 indicates that some 16.3 million tonnes of HFCs illegally entered the EU market, about 16 percent of the quota.

Most of the HFCs enters the EU market from China or via Russia, Ukraine, Turkey and Albania, according to the report. Investigators suspect common entry points and hotspots are located in Bulgaria, Croatia, Denmarket, Greece, Italy, Latvia, Poland and Malta. The HFCs are then dispersed throughout the EU, including via web-based platforms, including eBay, Facebook and even SMS texting.

Prominent industry stakeholders seem to be aware of the illegal trade. EIA survey results from late 2018 included in the report show that more than 80 percent of companies surveyed knew that illegal HFCs were circulating around the EU and 72 percent had seen or been offered refrigerants in illegal disposable cylinders.

What is lacking, apparently, is proper and effective enforcement by EU member states.

“There is an urgent need to immediately improve enforcement of the F-gas Regulation, particularly at the EU border level. Member states need to seize, prosecute and apply sufficiently high penalties,” EIA concluded in its report.

The organization also recommended additional or stronger bans on HFCs in certain equipment and the implementation of an EU-wide customs system to determine if an import of HFCs or HFC equipment is covered by the quota.