Political parties in South Africa have called for investigations into former president Jacob Zuma after an explosive report published Sunday alleged that Zuma stashed millions of dollars belonging to the late Libyan dictator Muammar Gaddafi in a bunker at his private home, known as the Nkandla homestead. 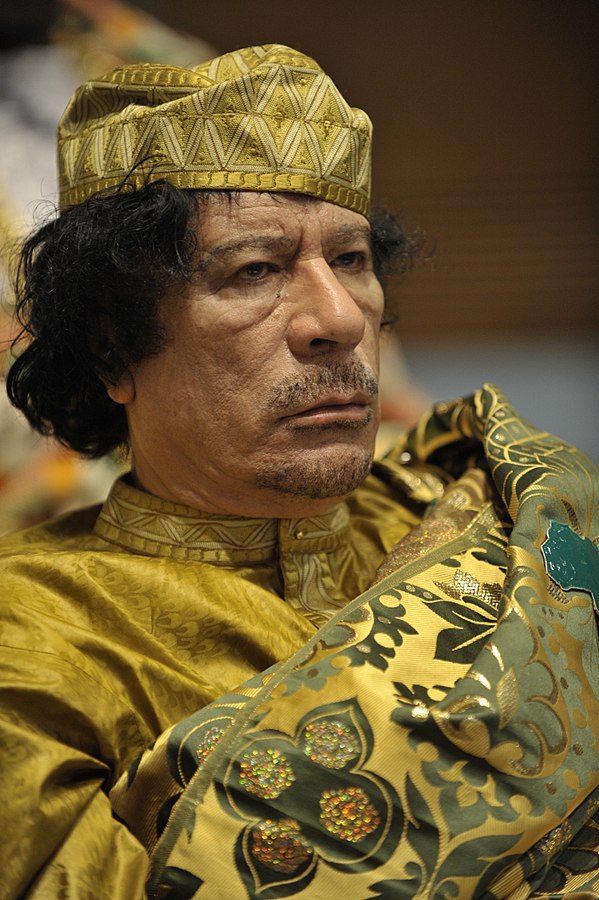 Muammar al-Gaddafi in 2009. (Photo: Wikipedia, U.S. Navy)South African intelligence authorities allegedly said the money was later transported from Nkandla, in the eastern KwaZulu-Natal province, to the Kingdom of eSwatini (known as Swaziland until last year), and that the current South African president, Cyril Ramaphosa, has been asked to aid in its recovery.

In the final days of his decades-long regime, Gaddafi allegedly sold more than a fifth of Libya’s gold reserves, worth more than US$ 1 billion, and moved the money out of the country. Gaddafi died soon after in an uprising in 2011, and authorities are still searching for the funds.

In a meeting last week between Ramaphosa and King Mswati III of eSwatini, the king confirmed the money’s existence, according to the report, which was published by the Sunday Times, the country’s biggest newspaper.

The official government position, however, is quite different. International Relations and Cooperation Minister Lindiwe Sisulu called the Sunday Times article a “ghost story,” according to the Independent Online, a news website.

“When we went to Swaziland there were rumours that the money was in Swaziland. There is no money in Swaziland,” she said.

Nevertheless, the story of Zuma’s connection to the Libyan millions will likely throw more fuel into the fire of the Zondo Commission of Inquiry into State Capture, an ongoing public inquiry into alleged corruption under Zuma launched last August.

The Commission is investigating links between Zuma and the powerful Gupta family, who allegedly used their vast wealth to wield influence over the government. It is suspected that kickbacks amounting to US$411 million were paid in exchange for state contracts.

South Africa’s opposition parties were quick to express their outrage over the report.

In a press release issued on its website Sunday, the Democratic Alliance, South Africa’s main opposition party, said it was “completely unacceptable that Zuma remains free after aiding the late North African dictator,” and that prosecutors “must act swiftly on these reports to ascertain their accuracy.”

The DA also called on Ramaphosa to “take the nation into his confidence and come clean about his involvement in the case of the missing millions,” which are thought to be some $29.75 million (Rand 420 million).

The revelation comes at an inconvenient time for Ramaphosa, who will face off against challengers, including DA leader Mmusi Maimane, in the presidential elections coming up on May 8. The DA says that Ramaphosa “seems to have intimate knowledge of the dodgy dealings by his predecessor.”

“I don’t think you can trust the ANC and Zuma on this. The best advice I have is for the international community to be involved first to establish how much was this money,” Holomisa said, according to Independent Online.

Members of the African National Congress, the governing party, he said, “have known about” the money for years, but made no steps to investigate Zuma.