Three South Africans Get to 500 Years for Rhino Poaching

The Grahamstown High Court in the Eastern Cape Province of South Africa sentenced Wednesday three individuals to a total of 500 years in prison after they were found guilty of more than 55 counts of rhino poaching between the years 2013 and 2016, the South African Police Service (SAPS) announced in a press release. 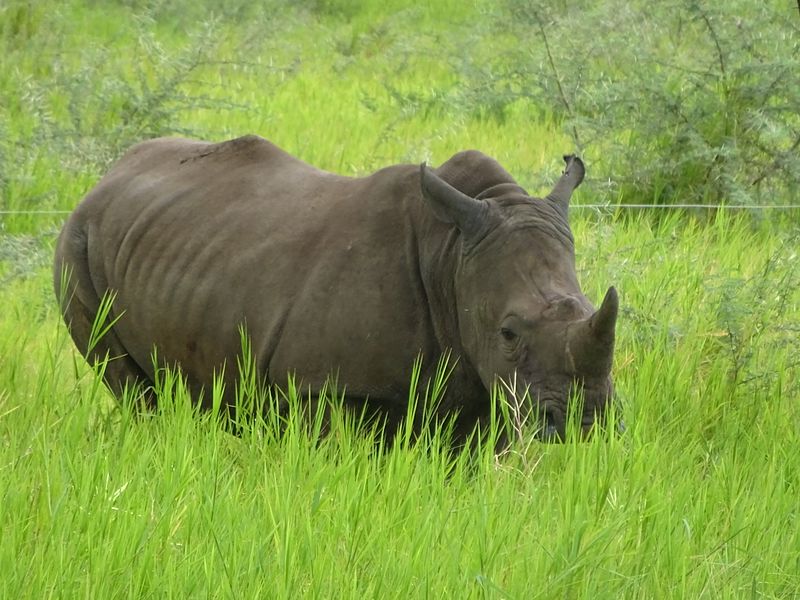 SAPS investigators arrested the suspects, Forget Ndlovu, 43, Jabulani Ndlovu, 41 and Sikhumbuzo Ndlovu, 40, at a Grahamstown resort in June 2016. The Ndlovu trio, as they are referred to by investigators, were found guilty of all 55 counts of rhino poaching this March.

Demand for rhino horn is high in countries like China and Vietnam, where it is thought to have powerful medicinal properties and is also increasingly used as a status symbol. South Africa, home to the most rhinos in the world, is feeling the negative effects of poaching the hardest. The number of African rhinos poached in South Africa alone has increased by 9,000 percent since 2007, from 13 to a record 1,215 in 2014, according to the World Wildlife Fund.

The most recent statistics on African rhino poaching, compiled by South Africa’s Department for Environmental Affairs, found that 769 rhinos were killed in the country in 2018, a significant drop from 1,028 the year before.

However, a breakdown of the data by location showed that every province and national park surveyed had a decrease in rhino poaching except two: Mpumalanga and Eastern Cape Provinces. In Eastern Cape, 19 rhinos were poached in 2018, a 58 percent increase from 12 rhinos in 2017.

The Ndlovu trio’s arrest was part of Operation Full Moon, which aims to curb incidents of rhino poaching in the Eastern Cape, a coastal province in the southeast of the country. At the time of their arrest, the suspects were linked to the poaching of a rhino at a private game park northeast of Grahamstown, abutting the Great Fish River Nature Reserve. The rhino in question was last seen alive on the morning of June 17, 2016. Investigators suspect it was hit with a dart.

Investigators attribute ten rhino poaching incidents in the Eastern Cape as well as in Mpumalanga and KwaZulu-Natal provinces to the Ndlovu trio.

SAPS Lieutenant General Ntshinga welcomed the sentencing, which she said was the product of “the SAPS’s unwavering commitment in the fight against wildlife crimes which are interlinked to organized crime.” She also added that since the Ndlovu trio was arrested, the Eastern Cape has not had a single incident of rhino poaching in which a rhino was darted.

“We will continue to arrest and break the backbone of rhino poaching incidents in the province as we have many other suspects appearing in different courts for similar cases,” she concluded.